At a young age, Berkley Bedell was often found exploring the waters surrounding the Iowa Great Lakes. His story is the heart of the American Dream—humble beginnings and unexpected success.

Growing up in Spirit Lake during the Great Depression, as a young teenager, Berkley acquired his first tastes of fishing and hunting more out of necessity than sport. Providing food for his family and his neighbors gave him great pride. This passion then drove his engineering spirit to create a way that helped people catch more fish.

In June 1937, 15-year-old Berkley took his hard-earned money from his paper route to start a business selling his hand-tied fly-fishing lures to area fishing tackle shops and vacationing anglers. Working hard in his upstairs bedroom, he took hair clipped from the family dog, Stubby, and feathers from the backyard chickens and braided the pieces around fishhooks. The result created fish flies that enticed local bluegill and bass out from their underwater cover.

This was when young Berkley founded Berkley Fly Co. “I think he was a problem solver. He just had a mind that saw problems, and he wanted to improve and make things better for other people. This continued in his political career as well,” said his granddaughter Sami Bedell Mulhern.

Strong Entrepreneurial Spirit
Still in high school, Berkley couldn’t keep up with the demand and employed several of his fellow high school students in tying flies, silkworm gut and manufacturing wire leaders from their homes. By 1939, his entrepreneurial spirit drove his business out of his parent’s basement and living room. He expanded to the second floor of the local Spirit Lake grocery store, using a tub filled with ice and a fan for air conditioning.

“He started his business when he was 15, and since he couldn’t drive yet, he also had to hire friends to drive him around to stores to sell his flies,” Sami shared.

After graduating from Spirit Lake High School, Berkley left home for several years. He attended Iowa State University where he also met the love of his life, Elinor Healy. They were later married August 29, 1943.

In his free time, he continued his fishing tackle business until World War II called. Joining the Army Air Corps, he became a flight instructor and served from 1942 through 1945.

The couple returned to Spirit Lake in 1945 and immediately began Berkley and Company. Continuing his passion for helping people catch more fish, he researched ways he could make better fishing products. His quest found him often at the lake enjoying his “favorite fishing spots, were wherever the fish were biting!”

During this time, he was led to visit a Connecticut company who produced nylon-covered cables for sailboat rigging, hearing about them from an article in Popular Science. The trip’s visit was valuable as Berkley began creating nylon-coated wire for use in fishing leaders. Soon, the Steelon leader was introduced, and mass production quickly began. This was the inspiration behind the Berkley heart logo with the slogan "nylon leader with a heart of stainless steel."

Berkley and Company continued to expand into the fishing tackle market, enabling him to employ hundreds of local men and women. They

produced from multiple locations until they consolidated into a new factory building along highway 71 where it remains today.

Berk’s engineering mind never stopped its quest to find new ideas and concepts. Always wanting to improve on what existed, he began focusing on extruding nylon monofilament fishing lines. At the time, all nylon came from DuPont. After receiving a license from DuPont, Bedell returned to Spirit Lake and began to develop equipment that would produce nylon. The initial extrusion equipment consisted of reclaimed bicycle wheels, washing machine wringers, and other homespun materials.

Shortly after, Berkley and Company was marking private brand mono as well as Dew Flex monofilament. Ongoing experimentation continued until the company broke through with innovative Trilene in 1959.

His pioneering mind didn’t stop there. Over the next four decades, his team and him developed and launched fishing products in several categories. These included rods in the 1970s and soft plastic baits in the 1980s. His spirit of innovation spread through the company, and he created a culture of research and development that led towards new game-changing products such as Lighting Rod, PowerBait, FireLine, Gulp! and Gulp! Alive.

“At Berkley’s core, he believed in building products that increased the experience of those that used them and created better results than other products on the market,” reads his former company’s website.

Many products developed in Spirit Lake have become household names and well-known brands, including the PowerBait line of soft plastics and FireLine braided superline. The company became Outdoor Technologies Group in 1988 and changed its name to Pure Fishing in 2000. Through several ownership changes over the past years, Pure Fishing has continued to be an impactful and influential company within the global fishing industry.

Serving in a New Way
In 1974, Bedell was elected to represent Iowa’s 6th District in the United States Congress. Passing on leadership of the company to his son Tom, Berkley served this section of Iowa for twelve years in Washington, until his retirement in 1987 because he contracted Lyme’s Disease. In Congress, he chaired the Small Business Committee and served on the Agriculture Committee. He also represented the United States on the United Nations Convention on Law of the Seas.

When his health returned from battling Lyme’s, he lobbied Congress to establish an Office of Alternative Medicine (OAM) in the National Institutes of Health, where he then served on the advisory board. Becoming frustrated that OAM did not aggressively consider alternate medical practices, he founded the Foundation for Alternative and Integrative Medicine in 1998, which continues today.

Whether it was his work in growing Berkley & Company or his time in Congress, he was always challenging what was always done and looking for ways to make life better. This hard work ethic from day one has been an inspiration to his coworkers, family, friends and community and is evidenced throughout the Iowa Great Lakes area still today

From when he was a founding member of the Spirit Lake Kiwanis Club to serving on the Spirit Lake School Board from 1957 to 1962, Berkley has always had a heart for others. His favorite times were serving as a Boy Scout leader and taking many Eagle Scouts on annual canoe trips to the Boundary Waters.

The Bedell family has contributed in countless ways to the quality of life in the Iowa Great Lakes from co-leading the Save The Park funding drive for Arnolds Park to being a founding member of the Okoboji Foundation. Berkley and Elinor contributed to places like Camp Foster YMCA, gave land for the creation of Elinor Bedell State Park in 1998, and also donated towards the creation of the Sami Bedell Performing Arts Center at the Spirit Lake Schools.

Berkley passed away December 7, 2019. In 2020, the Arnolds Park Pier was renamed the Berkley Bedell State Pier in honor of Berkley.

“I know for my grandpa, Arnolds Park was always important to him,” Sami said. “I know we’ve always loved being on the water and have so many memories being on the area lakes. We love that we can bring our kids back here and they can have the same experiences. It’s great to also be able to send my kiddos to Camp Foster—they have such great experiences there and love the legacy that I went there, my dad went there, and my grandpa went there.”

Sami appreciates the memories she has of her Grandpa. “He was always out fishing and some of my favorite memories with him were going over to their house in Spirit Lake and he’d make fried fish he’d caught that morning and homemade blueberry pancakes,” she shared. “This was a tradition we continued to carry on, and he even taught my daughter Elinor how to make it a few summers back, even when he was in his 90s.”

What started as a simple desire to feed his family and friends, Berkley’s hard work, innovative drive and passion for others is a beautiful story of the American Dream, and one we are thankful for in the Iowa Great Lakes. 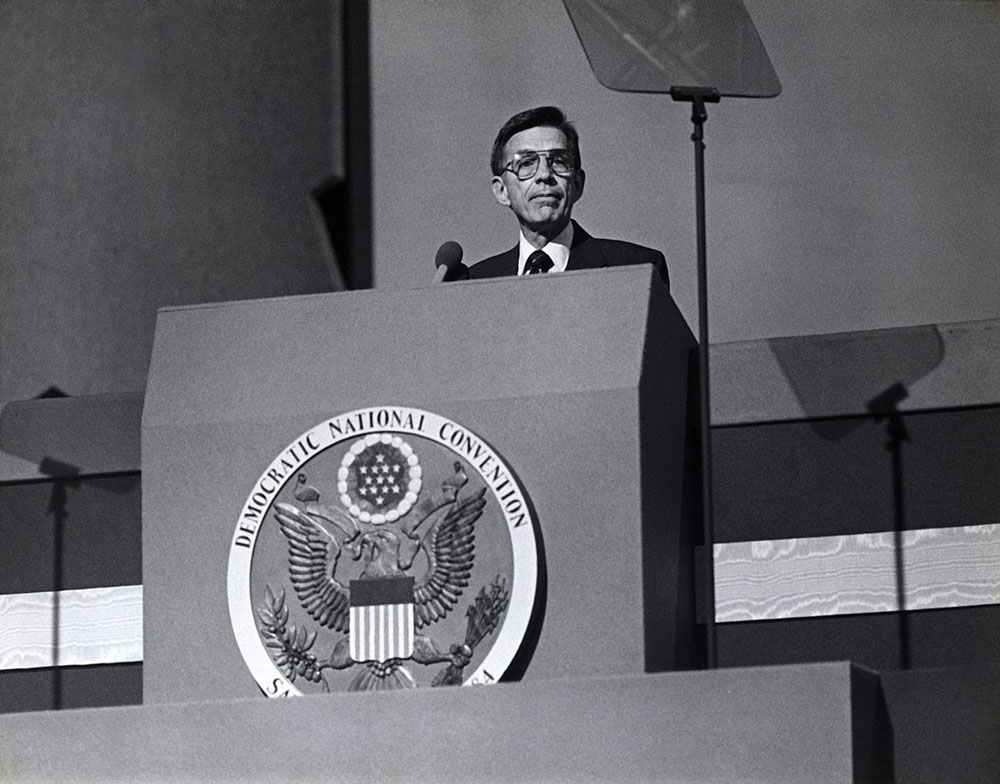 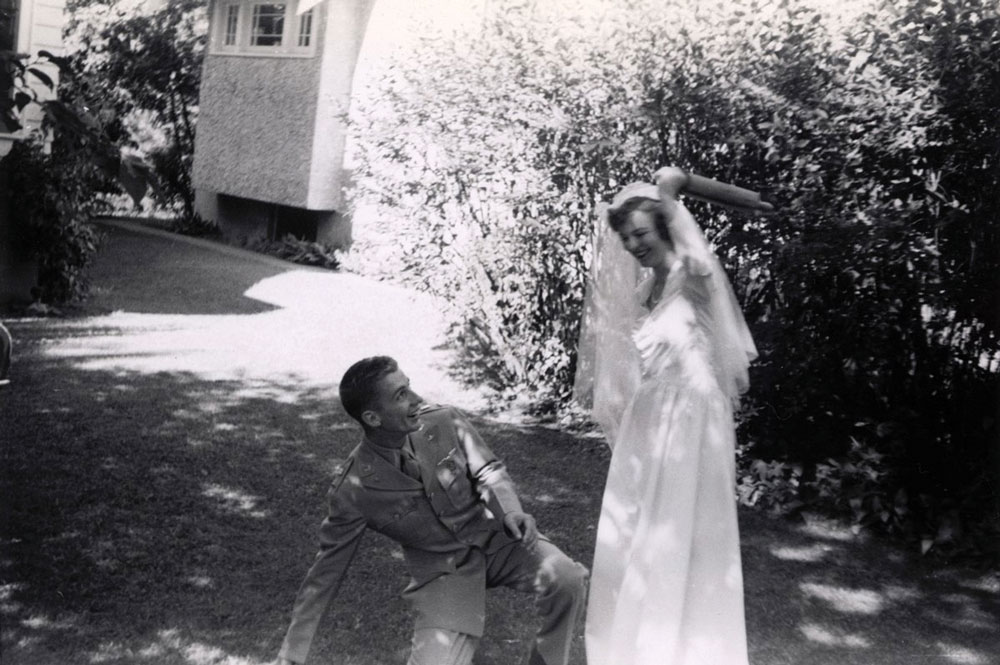 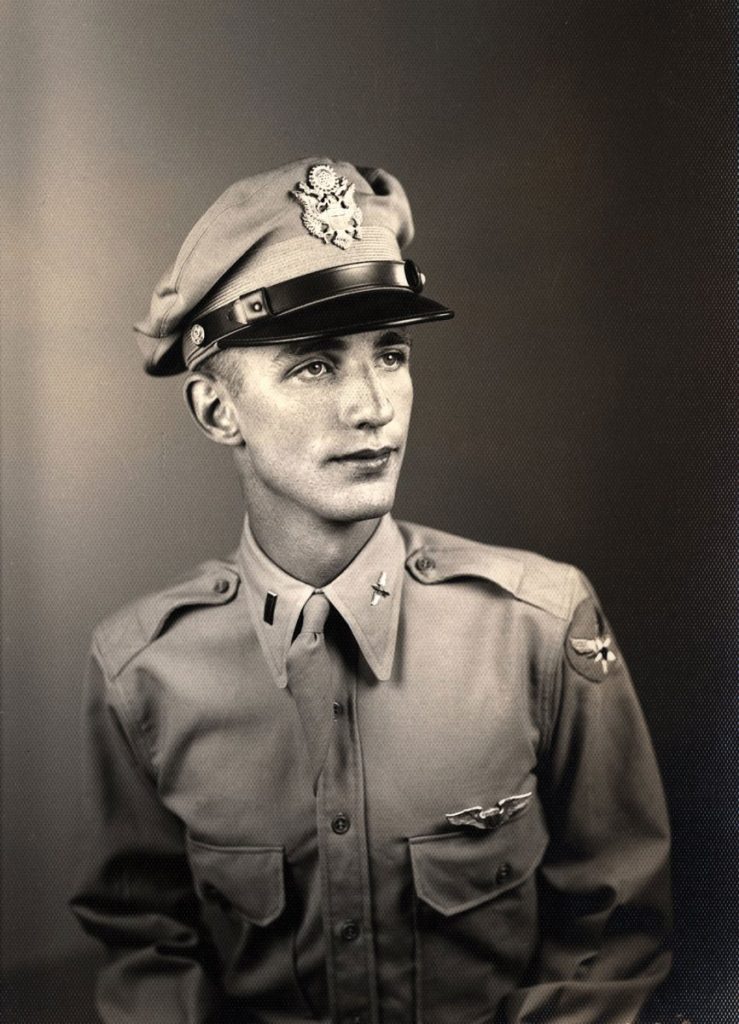 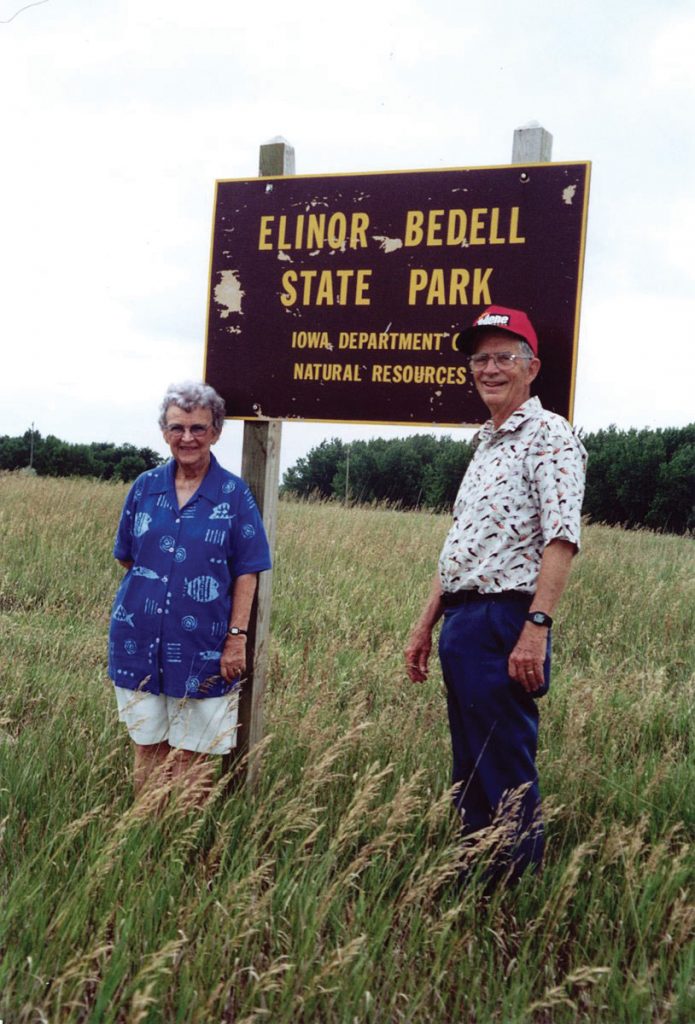 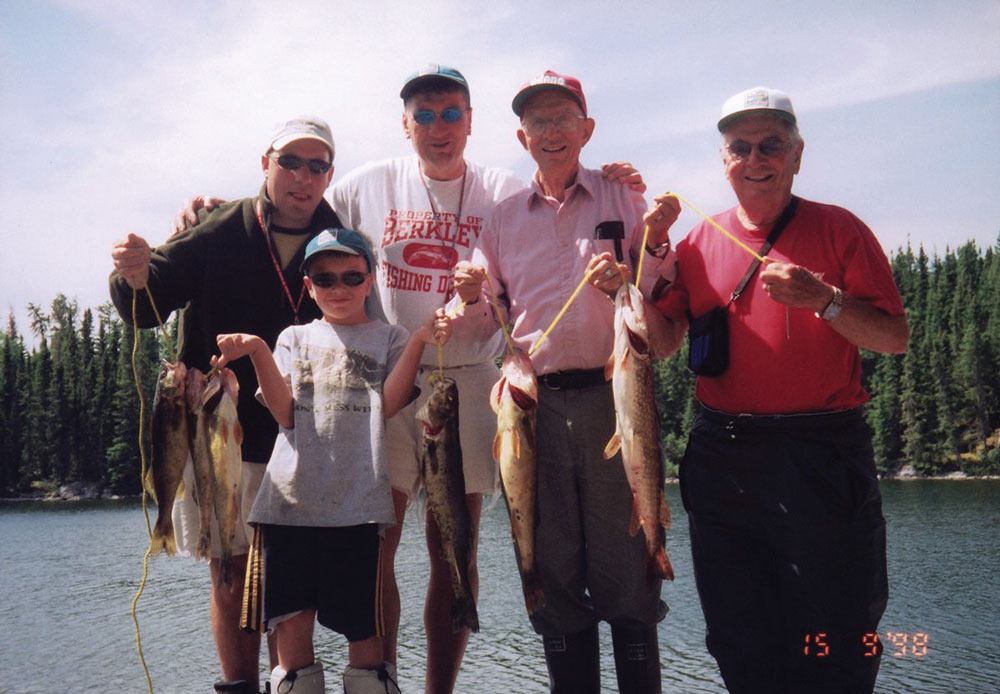 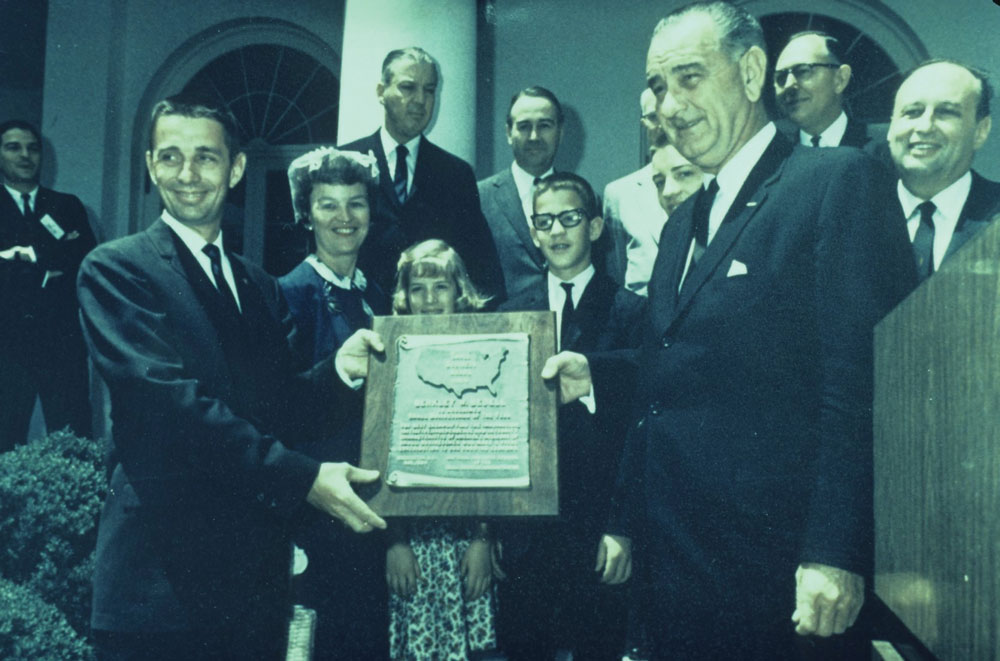 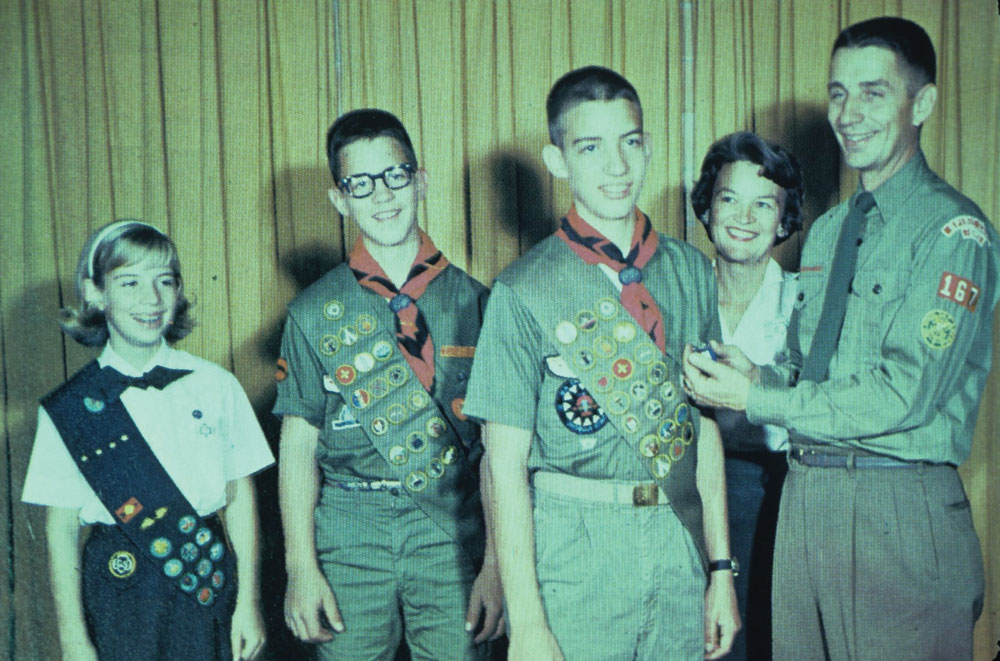