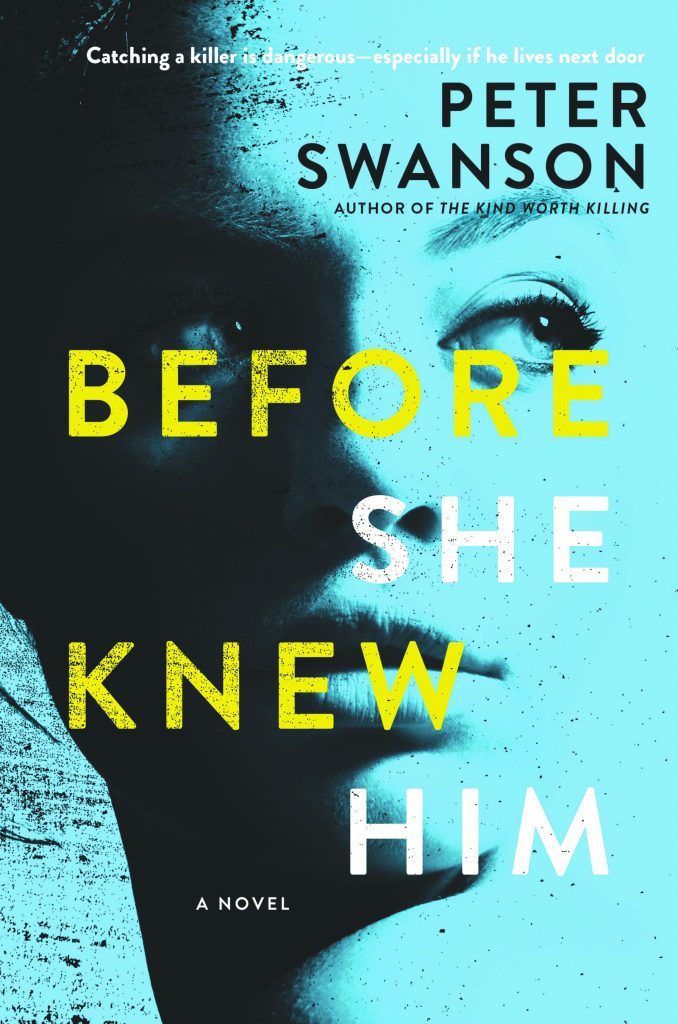 Before She Knew Him by Peter Swanson

Peter Swanson does it again in a big way, so creepy, so shocking. He is the thriller master. Just when I thought this story was as twisted as it could be, it turned in a way I did not expect.

It all starts when Hen and her husband Lloyd buy a new house and attend a neighborhood barbecue. They meet the couple next door, Mira and Matthew and instantly bond over their lack of children in suburbia. When Hen and her husband go over for dinner one night, she spots an object in her neighbor’s study that brings a wave of panic. She is certain the object is related to a murder that happened on her street, years ago. It so happens that the boy murdered, used to be a student of her neighbor Matthew. Hen is bipolar and prone to manic states, but she’s convinced she has stumbled upon evidence that her neighbor is a killer. What follows is a wild, dangerous ride super reminiscent of my favorite thriller of all time, The Kind Worth Killing. Swanson gets into the heads of each character, using his mastery to peel back layers that even the characters don’t know are there in the beginning. It’s not often that I cry while reading a thriller but this one pulled at my heartstrings as much as it had me terrified. This one is worth the read, but be prepared for some messed up stuff and I do not recommend reading alone. I have a feeling I will be thinking about this one for a while. 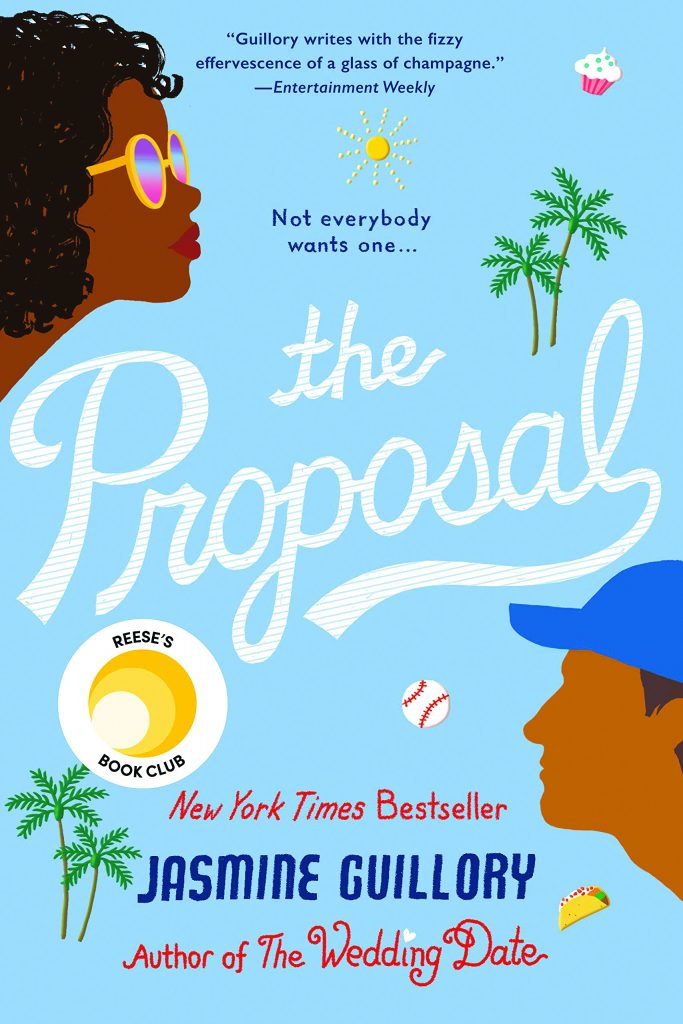 The Proposal by Jasmine Guillory

This book isn’t one I would have picked up on my own, but it served as the perfect palate cleanser between all of the heavier books I read. It’s sometimes fun to read about a date night that won’t end with someone getting killed, like my thrillers.

The story hooked me right away with the hilarious intro. Main character, Nikole, is at a Dodgers baseball game with her actor/not serious boyfriend. She’s just getting work done and ignoring the game when the unthinkable happens, the guy proposes in front of the entire Dodgers stadium! She cannot believe it, but she also can’t say yes to this absurd proposal, they have only known each other five months and he hasn’t even told her that he loves her. Nik rejects him and is then rescued by a handsome stranger named Carlos and his sister, who whisk her away from the camera crews. What follows is a fun, relatable story. I love Nik’s relationship with her girlfriends and the unexpected feminist undertone of the story. It’s a Rom Com in all the best ways, but it’s something more with important messages coming through and not just witty banter and sex. I recommend it if you’re looking for a lighter, enjoyable read or listen, the audible version was excellent. It would be the perfect read for the beach or the boat this summer! 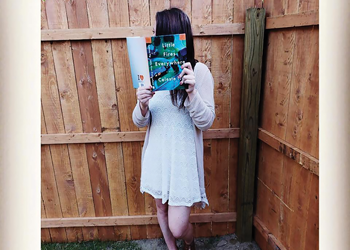 My name is Kylie Sebert. I’m a native of Spirit Lake and currently living in the literary hub of Portland, Maine! I have Master of Fine Arts in Creative Writing, with an emphasis in fiction, and now hope to begin a novel writing career. You can find me on Instagram and Facebook as @notsotwentysomething. As with most writers, one of my passions is discovering and reading great books. I hope my reviews will spark an excitement for literature in people around the Great Lakes area!