The smiles on faces and the laughter in voices bring such delight to the observer. This joy seen in the eyes of children year after year is one reason Historic Arnolds Park Amusement Park is an area favorite by locals and visitors alike.

Every off-season, people like Arnolds Park’s Operations Director Marshall Doerden and Marketing Director Paul Plumb work hard to plan for the upcoming season by finding staff and searching for new rides and experiences.

The 2019 season looks to be no different as Arnolds Park Amusement Park completes the final phase of their “Restore the Park Campaign,” as well as bringing in an old-time favorite ride “The Wild Mouse” and finalizing countless other upgrades throughout the campus.

Visitors will also get to see the complete restoration of the Park’s train, last known as the Long Lines Limited. The new color scheme is a reproduction of the Park's 1970s train, and the ride's route has been adjusted due to the renovation of the Roof Garden.

“The train was totally redone and gained a new engine,” Plumb said. “The route has a slight change from the past, as the train will go underneath a part of the Roof Garden, where the braces come down.”

There is potential for another ride, shortly after the season opener. Doerden and Plumb are working hard to bring this to fruition.

Another major update is the restroom near the west entrance and on the lake front, as crews doubled the size of the restroom and modernized the space.

“It was a much needed addition to that spot,” Plumb said. “You will gain access to the bathroom from both the Park and lake sides.”

The biggest renovation of the offseason has been the Roof Garden’s demolition and recreation, as the process quickly started soon after the 2018 season. The old building was torn down and locals have enjoyed watching the building’s transformation over the past eight months.

The brand new facility will open mid-summer, and its first concert will showcase Tommy James and the Shondells on August 2. Other favorites will be Billy and the Downliners on Aug. 7, the Glenn Miller Orchestra on Aug. 9, the Romantics on Aug. 28, and Head East will complete the season on Aug. 30.

“We are really excited to share the new Roof Garden to the public,” Plumb said. “The building has the look of the old Roof Garden on lakeside. It is one floor and you can enter from the Pavilion or the Roof Garden. It is a really neat facility and people are going to enjoy the renovation.”

While there isn’t a second floor, there will be donor boards, as well as concert memorabilia like outfits and musical instruments, showcased in that space for viewing. The facility will also be an ideal place to host a wedding or a corporate event, and at times, both can be done simultaneously.

“The space can be divided in half, and there is a kitchen in each space,” Plumb said. “The sound proofing is great.”

When Arnolds Park opens at the end of May, the excitement experienced by visitors brings together all of the hard work and countless hours spent during the year by people like Doerden and Plumb.

“The atmosphere at the Park can transform a day. You can be having the worst day and it all changes when you hear the little screams and laughter of kids having a blast,” Doerden said. “The smiles are all around; we are creating lifelong memories for families and people who enjoy time at the Park.”

After a long winter, Imagine Iowa Great Lakes is wrapping up work on its first project: The Promenade. Situated adjacent to the Green Space, The Promenade is an iconic area that will welcome visitors to Historic Arnolds Park.

The Promenade’s meandering shape will invite visitors to take in the splendor of the project and its surroundings. The grove of 48 aspen trees on the east end of The Promenade will glisten in the fall, while the wider pathway will encourage more active transportation to and from the park. Additional benches will be placed along the pathway, bringing the total to ten, along with bicycle hitches and waste receptacles.

The project boosts plantings in the area, with 32,725 bulbs, 9,872 perennials, 313 shrubs, and 3,953 annuals. This vegetation will work in conjunction with 4,700 permeable pavers on the walkway to help absorb storm water and keep water where it falls, helping mitigate water quality concerns.

The series of nine lighted arches will showcase The Promenade from the lakefront to its eastern end. The gateway sign will announce to visitors the arrival of a special place, valued by all who love the area, year-round residents and visitors alike.

Imagine will next turn its focus to the Highway 71 corridor with a trio of projects that will unfold over the coming months. These projects will further Imagine’s work to unify area communities by enhancing the area’s natural beauty, strengthening the connection to the Lakes, and making the area safer.

As designs for these projects are coming together, Imagine is finalizing a public art strategy that builds upon the many works of art already installed in the region. It will be complemented by a regional wayfinding strategy that will unite the communities, while furthering the work of the Dickinson County Trails Board.

“We are really looking forward to seeing the faces of old and young alike when they experience the ‘The Wild Mouse,’ as it was a historic ride at the Park in the 1970s and 1980s,” Doerden said. “To see them relive their memories is going to be special.”

The new ride is being placed in the upper park area between the walkway to the raceway and the Spinning Apples, where the Spider sat last summer. 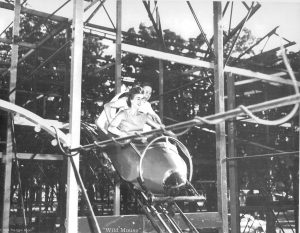 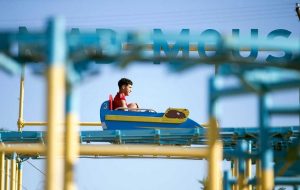 Arnolds Park Amusement Park’s summer hours run from Memorial Day through Labor Day, from 10 a.m. to 9 p.m.  The Queen II also begins its daily summer cruises over Memorial Day Weekend, and the Maritime Museum is a family favorite and has similar hours as other campus enjoyments. Tickets can be purchased at the Amusement Park office or online at www.arnoldspark.com. 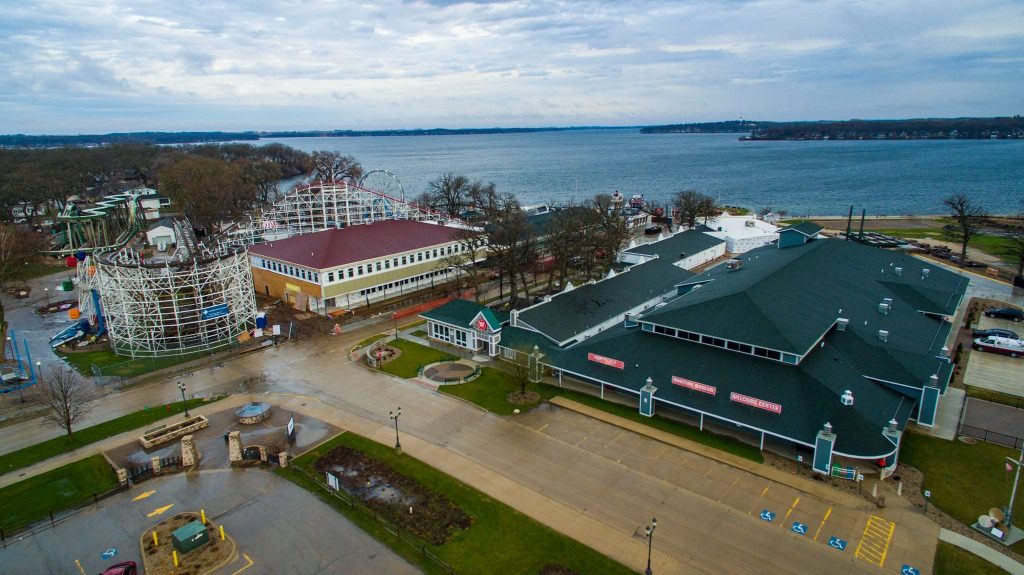