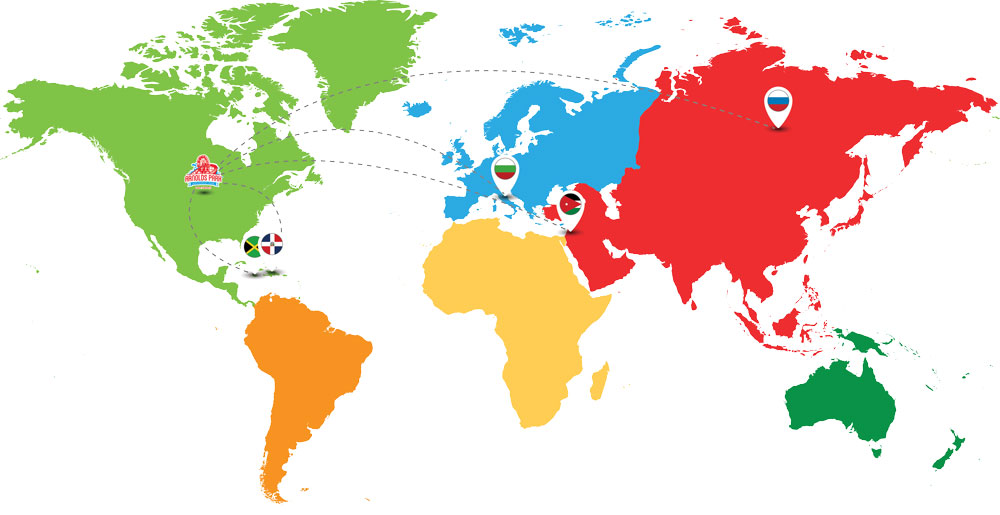 Residents of the Iowa Great Lakes region don’t always realize the blessing of living in this area. Surrounded by complete beauty and Midwestern values, the area is appealing to hundreds of young people from around the world.

Every summer, these amazing young people come from places around the world to work in all facets of the community and help with the increased influx in population.

Arnolds Park Amusement Park was one of the first employers to hire J1 students and H2B workers from other countries, beginning in 2005. Marketing Director Paul Plumb said they first started with six students, quickly moved to 12, and then gradually increased each year.

“It’s awfully hard to run the Park without the program; we rely on them so much,” Plumb said. “The local workers are great, but there aren’t enough of them available to split between all of the different places, especially with the influx of guests from outside the area.”

“Last year, we split up the shifts so they would have more time to explore,” Operations Director Marshall Doerden said. “We found they didn’t like that. They came over to work and wanted to work as much as they could. They have so much ambition.”

Both Plumb and Doerden find huge value in all of the workers that come and pour their energies into the success of an Arnolds Park season.

“These are some of the brightest students you can find; I only speak English, where some of them know two to four languages,” Plumb said. “Some of the students are studying to become doctors and lawyers in their homeland. They are smart kids, who really appreciate the value of our area.”

Doerden starts the hiring process in September, deciding where they would like to advertise job opportunities. He works with three different companies: CIEE out of Portland, Maine, CCI Green Heart of Chicago, IL, and Intrax out of San Francisco, CA.

In late November, Doerden had the opportunity to fly to the Dominican Republic and hire 25 students. He was able to experience their culture, interview them, and see life from the eyes of their home country. Doerden also flew out to CA and interviewed students from other countries via Skype.

By mid-March, Doerden has an idea of which students are approved by their country’s consulate and learns if he needs to hire a few more. Some denials are for poor English skills or their grades aren’t high enough. In the spring months, he begins receiving emails with flight information for student arrivals.

“I really appreciate the long-term friendships that come from this program,” Doerden said.

Every year, Arnolds Park has approximately a 40% return rate, which is beneficial to the Park, as it lowers training time.

“There are many of them that fall in love with our community and our area,” he said. “Others still love coming back to the United States but want to see other areas of the country as well, so they apply for other regions.”

Doerden said one of their best groups are the students and individuals who come from Bulgaria.

“The help they provide us is amazing,” he said. “They’ve heard about the American Dream and want to see it for themselves. I enjoy seeing what we are used to through their eyes.”

With all of the different cultures coming to one location, there are a few adjustments to work through, especially in communication.

“For instance, in Bulgaria, our yes is actually their no,” Doerden said. “If you weren’t aware of that right away, it could be a struggle. We work hard to make sure communication is flowing with everyone.” 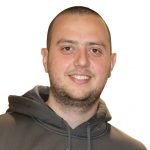 Value the Community and Area

Rosen Dimitrov is starting his fifth season at Arnolds Park. He started as a J1 student but has now switched to a H2B visa, which allows him six months to work in the United States.

Dimitrov has a bachelor’s degree in information and communications technology from the University of Ruse, Bulgaria. At the Park, he is an events coordinator where he helps with concerts and organizing events at the Pavilion.

“I really enjoy my time here meeting new people from different countries,” he said. “I also really enjoy the lake and the view.” 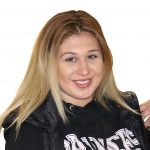 Arnolds Park provides different places for the foreign workers to stay, which also allows for community and friendship. Radina Pavlova is starting her sixth season at the Park and has made some amazing friendships during this time frame.

“We never knew each other in Bulgaria but met here at Arnolds Park,” she said. “Now, when we go back to Bulgaria, we hang out and get together.”

Pavlova enjoys making funnel cakes throughout the summer and appreciates the yearly memories. She loves to travel and has a bachelor’s degree in International Relationship with French and English and is completing a master’s degree in financial management. Once she returns to Bulgaria, she will begin sending out resumes for future employment.

One of her favorite things about being in the States is the shopping, as she says the clothing quality is much better and cheaper.

“The standard of living is better here,” she said.

Valeria Fitkova is beginning her fifth season and works the cash register at the Fun House Diner in the Park. She loves spending time talking to people and taking orders. While she says there are some differences in 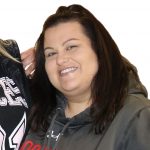 words and slang, she has found people to be extremely nice, polite, and curious about her and her culture.

“I really love this area and feel safe and calm here,” she said. “The standard of life is different here.”

One adjustment Fitkova says they’ve become accustomed to is the smiles they receive throughout the community.

“It took us awhile to understand greeters or waves from people,” she said. “It’s much darker in Bulguria than here.”

Fitkova has a bachelor’s degree in history and English from the University of Veliko Turnovo and has two more years in her master’s program.

“This job is helping pay for school!” she said. “I work harder here but make more money in the U.S. I gain experience and improve my language skills. It’s also really important to learn how to take care of yourself in a different culture and handle money.” 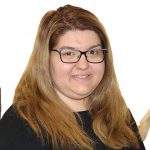 Andriana Kolarska has a degree from the Southwest University Bulguaioa and only has to complete the Justice of Defense exam and she will be a lawyer. At Arnolds Park, she works in the diner making food.

“I really like the lake and my boss,” she said. “It’s different here but I like being with the people and with my friends.”

Make sure to give a wave and a big hello this summer, as these students and workers from around the world impact the Iowa Great Lakes.