Alexander Brothers Have Eyes Set on the Future

The Alexander brothers love the thrill of competition. Their drive for success is perfected against one another, as these three brothers love competing against each other and anyone else out on the water. They have big dreams of sailing at high levels; each race is a stepping stone towards meeting those goals.

David, 18, John, 17, and William, 15, have sailed in over 30 regattas around the United States, from Florida to California and against sailors from all over the world. Highlights were when William won the North American Finn Masters in the U40 division in San Diego, and David recently took second at the Great Lakes Laser Championship in June. All three have had success at various regional tournaments throughout their young sailing careers.

On June 29-30, the siblings sailed in the 2019 Great Lakes Laser Championship on Lake Michigan. Sponsored by the Chicago Corinthian Yacht Club, these three young men sailed full rig laser boats against tough competition. The weekend had challenging conditions. In the whirlwind of the finish, the Alexander brothers competed well, with David in second, John fourth, and William eighth place.

“We love the thrill of the competition,” John said. “It keeps everyone on their toes. You have to sail your race because you don’t ever know what everyone else will do.”

Currently coached by Phil Toth, the boys regularly practice their skills on the gorgeous blue waters of West Lake Okoboji. They use each other to expand their knowledge and ability and love to be fast. They said they don’t mind the wind and water splashing against their faces; the elements make it feel like they’re flying on water.

“How you finish often depends on how you start,” David said. “We practice against each other; John will come out and attack, trying to see what will happen. We are all fast, just use different tactics.”

All three sail full rig laser sailboats, which David compared to an ironing board on sails. Additionally, they all enjoy their own Finn sailboat, a heavier weight boat. Both boats require a great deal of tactical sailing prowess and boat handling in order to maneuver to the front of a race.

Over Christmas Break last year, the Alexander boys sailed in the Orange Bowl International Regatta in Miami, FL, against sailors from all over the world. Hosted by Coral Reef Yacht Club, there were 15 countries represented. A regatta has a series of races and they all combine to create the sailor's final placement at the event.

After the first day of racing, on Dec. 28, all three brothers were in a position to compete in the gold fleet. David said the strong wind created havoc on the water. However, the wind dropped off during the rest of the regatta and the lighter winds changed the game plan.

Competing Against the Best

Another big competition for the Alexander brothers took place last summer. In July 2018, they experienced one of the hardest regattas of their life, as the siblings spent four days sailing the Pacific Ocean in the Laser North American Championship, where 175 racers from 23 countries competed. The first day of racing had wind starting at 15 knots and at times built up to 20 knots1, equaling a little over 23 mph.

“At times, there were 10-foot seas and it was one of the hardest sailing experiences in my life,” David said.

All three sailed successfully and used the event to build upon their skillsets.

“It was a great learning experience, especially against some great competition. You have Olympic athletes competing and people from all over the world,” David said.

Being exposed to great competition has taught the siblings a lot of knowledge about the sport – physically and mentally.

“Being around professional athletes shows you how sailing is as much a mind game as in the muscles,” William said.

The brothers learned how the Olympic team regularly does math puzzles while working out to learn how to handle the pressure while fatigued.

“They train how to think fast while fatigued and against tough circumstances,” John said. “You have to keep your cool because you never know what is going to happen.”

There are times when the wind and high waves can make sailing on the edge of dangerous. Sailors don’t take out their boats when the wind speed is in the 30-35 mph range. A nice cruising speed is around 10 to 15 mph.

“Around 15 mph is a nice cruising speed and you can work on your tactics." David said. "You’re not overexerting yourself too much. If the wind gets in the mid- to higher-20s, you have to work hard.”

The siblings have learned how they need to dictate the wind and not let the wind dictate them, which is especially true during a race.

At the start of the race, David said the key is to get out fast. Each of them uses slightly different tactics to achieve this status, depending on the day and outside elements.

“Some have the goal to get out fast and go a little off the line, pushing towards the lead,” he said. “It also helps to know your race waters and the competition. The more you sail, the easier it is to adjust to different things that come up.”

The goal is to not get trapped amongst other sailboats, making it harder to get to the front.

“You don’t want to have a bad start, as then you are automatically not in first,” John said. “We learn different tactics to get out of those types of situations.”

Assuming a racer has a good start, the goal is to always be in control with a leveraged position compared to the rest of the fleet. With the wind’s direction and speed always changing, being in control of the fleet means getting to the new and changing breeze before everyone else.

“This allows you to make your own decisions and ‘sail your own race,’ as our coach often says,” William explained. “You also want to defend against other boats close behind and work at extending your lead. Keep in mind, you have to make all of these decisions with an elevated heartrate and often times fatigued muscles – two factors that can become incredibly distracting.”

After the regatta, the boys returned to Okoboji and the place they first learned how to sail. All three began their sailing careers at the Okoboji Yacht Club and are now a part of the Mission Bay Yacht Club out of Mission Bay, San Diego.

In September, David will begin his freshman year at the University of California, Santa Barbara and will be a part of the collegiate sailing team.

“Last year, the UCSB sailing team qualified for Nationals,” he said. “I’m excited to be competing collegiately this next year.”

Big dreams are possible for these siblings; all because they first stepped out on a sailboat on West Lake Okoboji as young boys.

“We’d love to make an Olympic team,” David said. “We will keep pushing each other to get better, which is half the fun of sailing!”

1A knot is a unit of speed, equal to one nautical mile per hour. Something traveling at one knot is going about 1.151 land miles per hour. 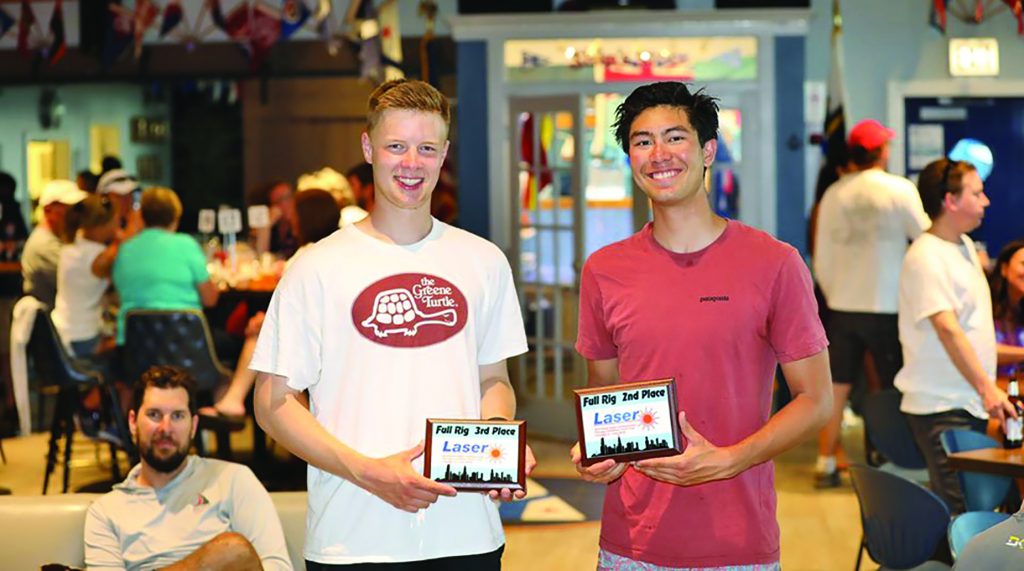 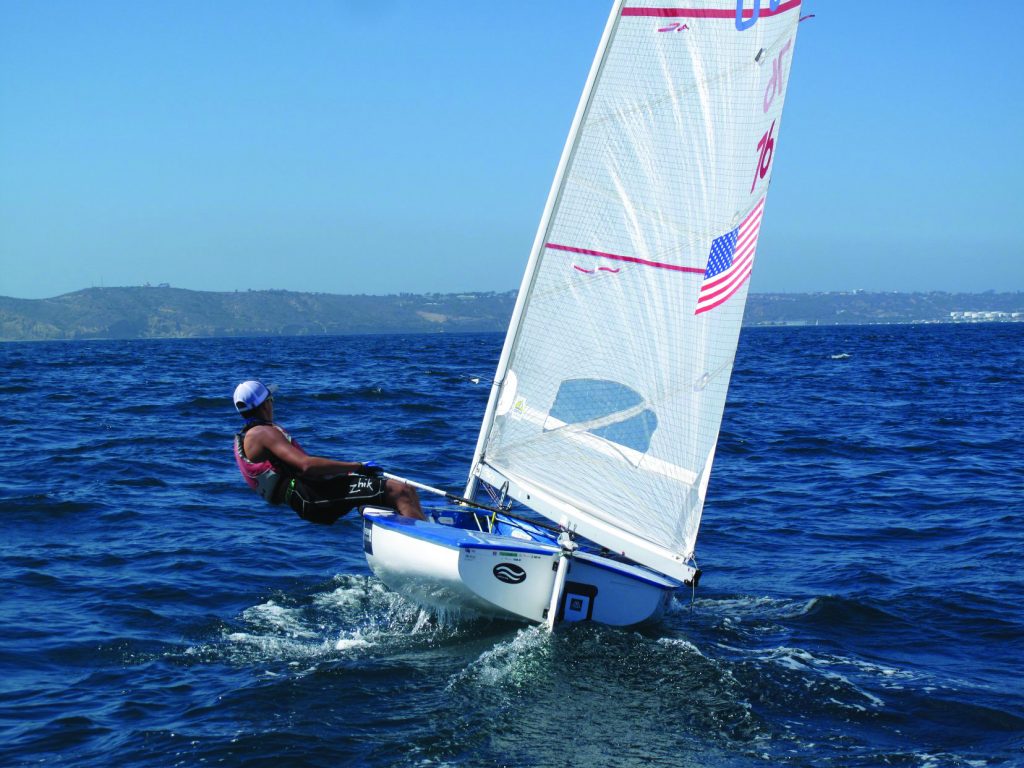 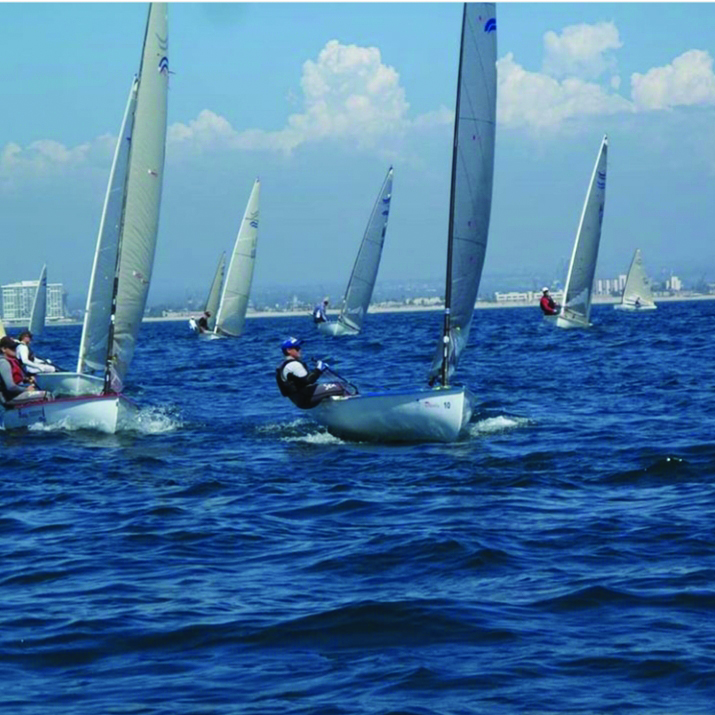 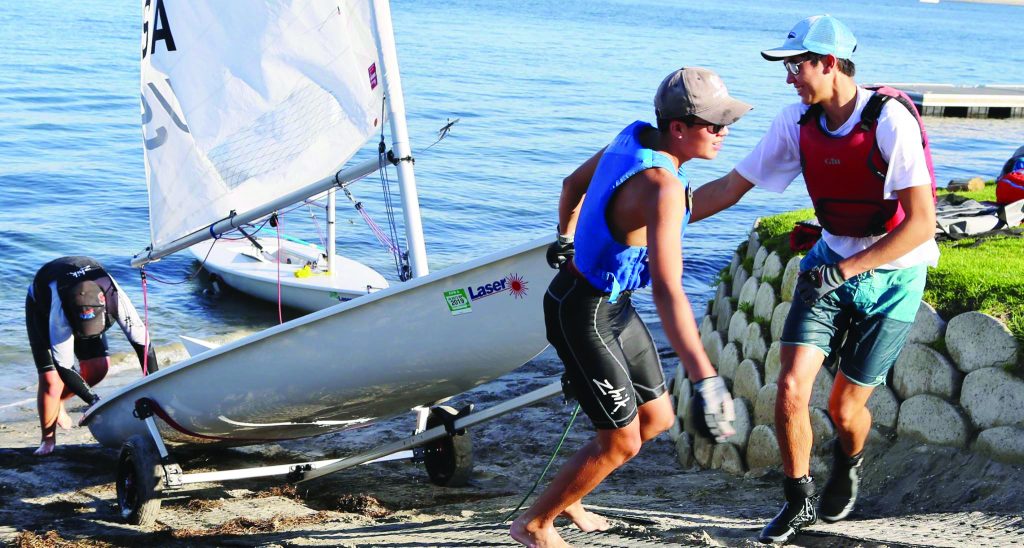 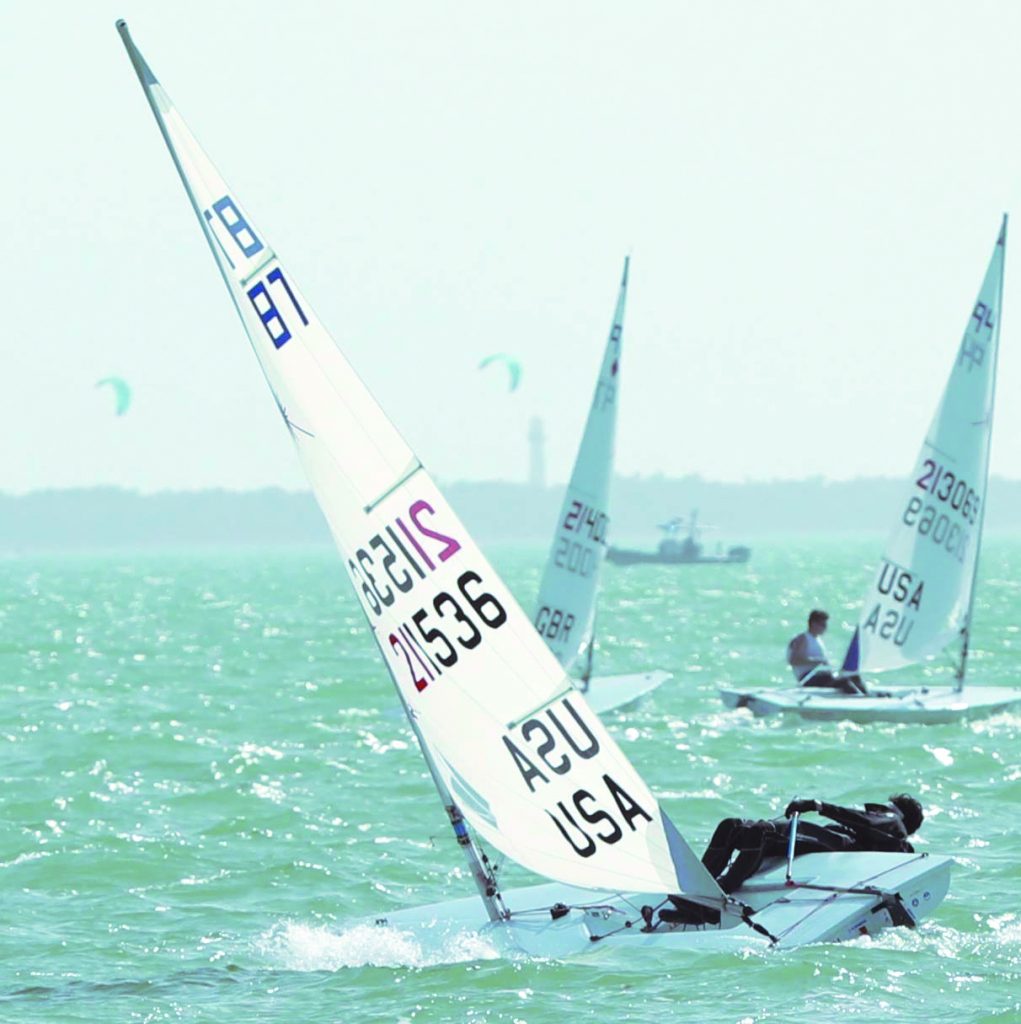 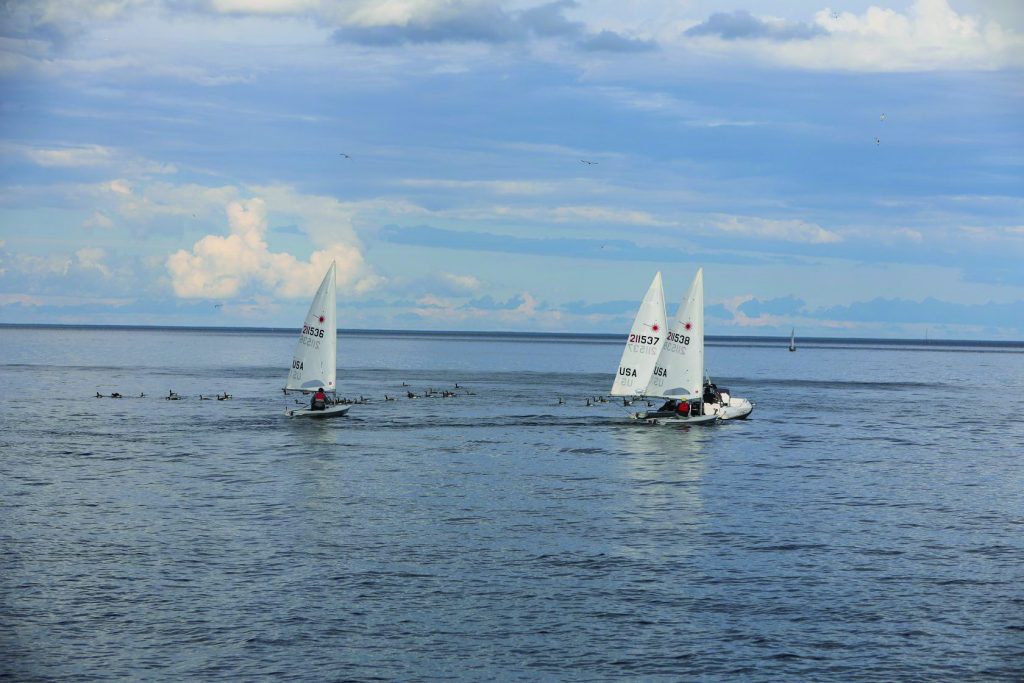