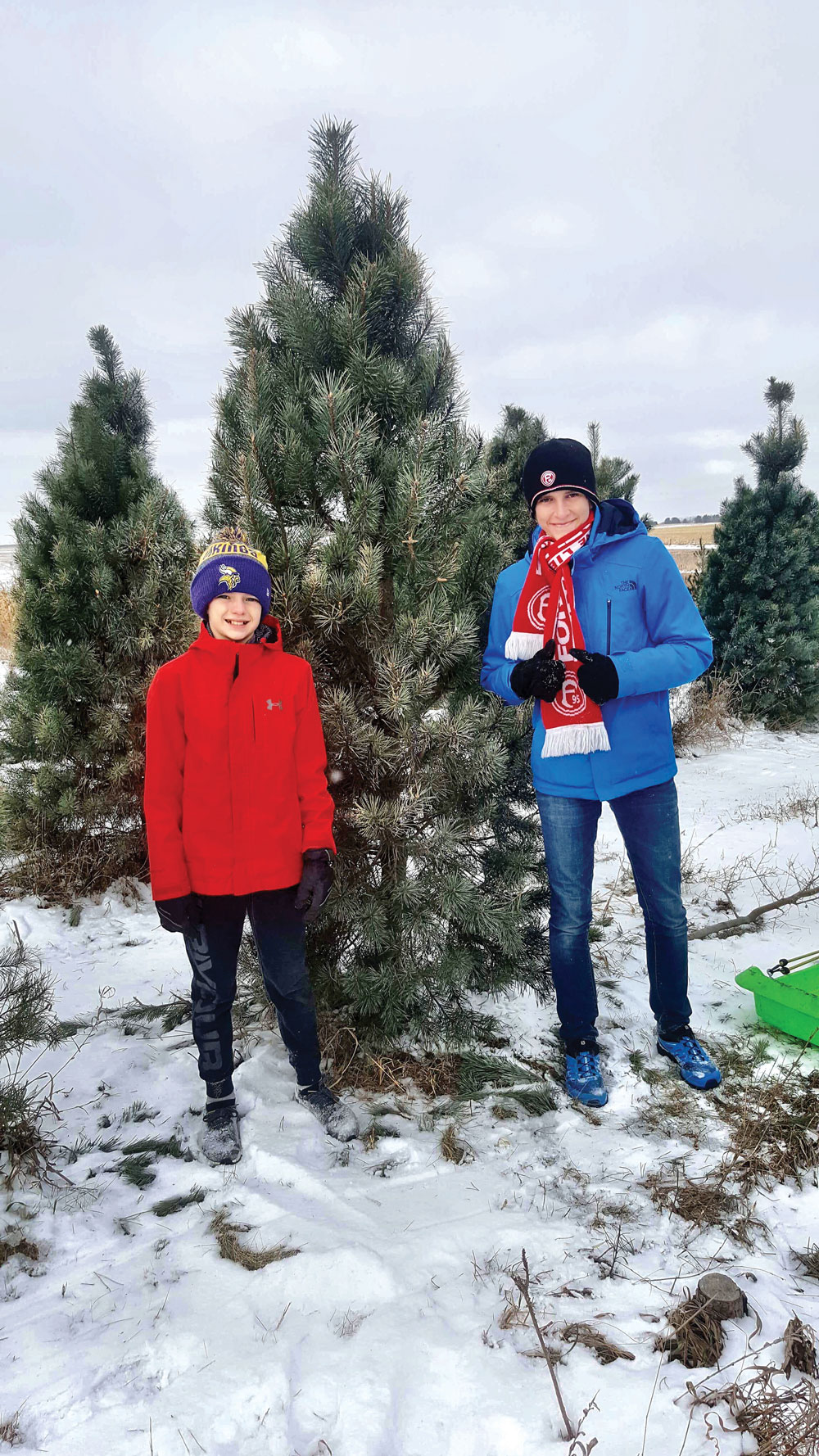 Back in fall 2013, Marcy Toews was waiting for her son Carter to finish soccer practice at the Bedell YMCA. During those moments, she spotted a random post on Facebook about a family announcing the exciting news, “It’s a boy!” The story went on to explain how the family was welcoming a foreign exchange student that fall and shared a phone number to call if you were interested in hosting a student.

This idea mulled around Marcy’s head and she shared it with her husband.

“Our son Carter is an only child, and I have always wished for a sibling for him, so I thought this might be a perfect way for him to feel what it’s like to have a brother,” she said. “Vincent came to us about a week later and seeing the two of them playing soccer in the backyard was like a dream come true!”

Since that first year, the Toews family has hosted a student every other year. In 2019, they have opened up their home to their fourth student and each time they’ve embraced the holiday traditions and culture of the young men.

Sharing Traditions with Each Other

During the holidays, the Toews family enjoys sharing their family’s traditions with their exchange students. By this time, Marcy feels the students have adapted well to the United States and their home.

“By Christmas, the students have really settled into their life in America, and we haven't had any who seemed overly homesick at this point in the year. Usually, any homesickness is over by the time they start school here and get busy with activities,” Marcy added.

The family begins the holiday season with a trip to the Tannenbaum Christmas Tree Farm in Milford. The enjoyment of picking out that year’s special Christmas tree and then decorating it together always creates memories. Other special traditions are decorating a gingerbread house and making cookies.

“I absolutely love the holidays and love to share that with our students,” Marcy said. “The exchange students are always very receptive to the traditions we have here around the holidays, especially when food is involved!”

“We have been very blessed to have our exchange students and families share their own traditions with us as well,” she said.

For instance, they had a student who came from Hamburg, Germany, who celebrated St. Nicholas Day on December 6. Erik left candy and small gifts in their shoes, which is a fond memory for them all. Gordon, who was with the Toews in 2017, his family sent a special Advent Calendar wall hanging with gifts to open each day. Marcy has now incorporated this tradition into their family’s holiday customs and makes her own for their son Carter. This year she will also make one for their current student, Elias.

For the 2019 Christmas season, Marcy has talked to Elias’ mom and asked about their family’s special holiday traditions. Julia told her how they generally eat a dinner of goose, fish, or deer. The children are then asked to stay in their rooms and are only allowed to come out when they hear a bell ring. They then light the lights on the Christmas tree (they are not turned on until this point), sing songs, and follow with opening up gifts.

“Julia mentioned that the time leading up to Christmas can be a little stressful as both Elias and her have birthdays in the weeks leading up to Christmas, which has been true at our house as well, as Carter's birthday is December 18. Carter and Elias are actually exactly one year and one day apart in age,” she said.

Embracing old and new holiday traditions are what makes the Christmas season special for the Toews family. These treasured memories and the four boys who have lived with them are another reason the holidays will always remain dear to their heart. 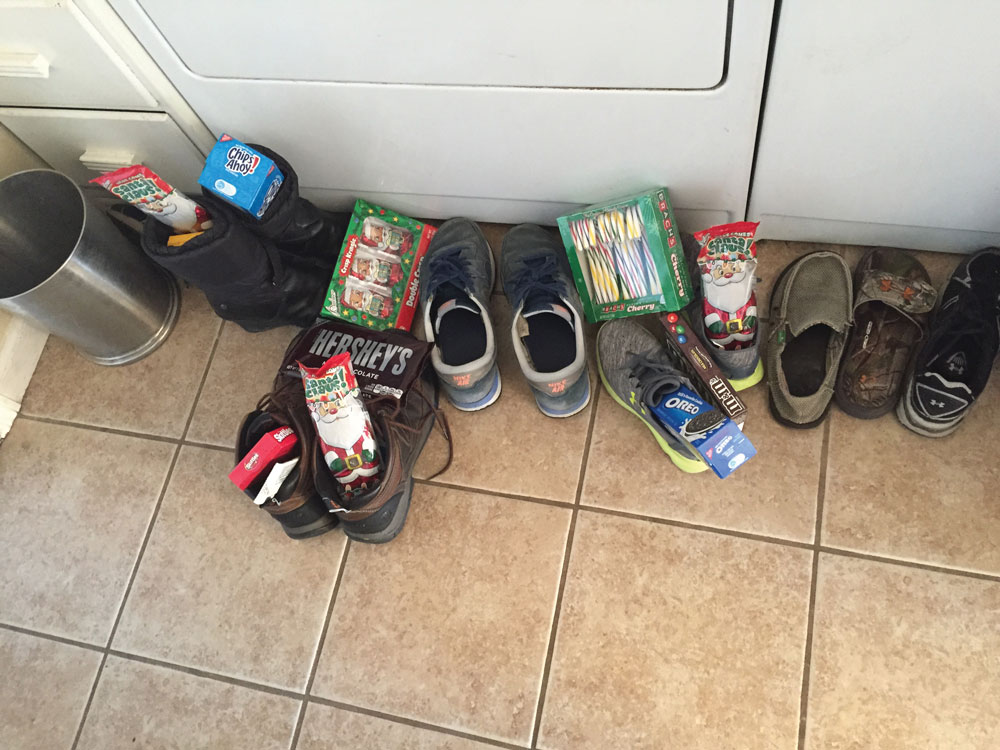 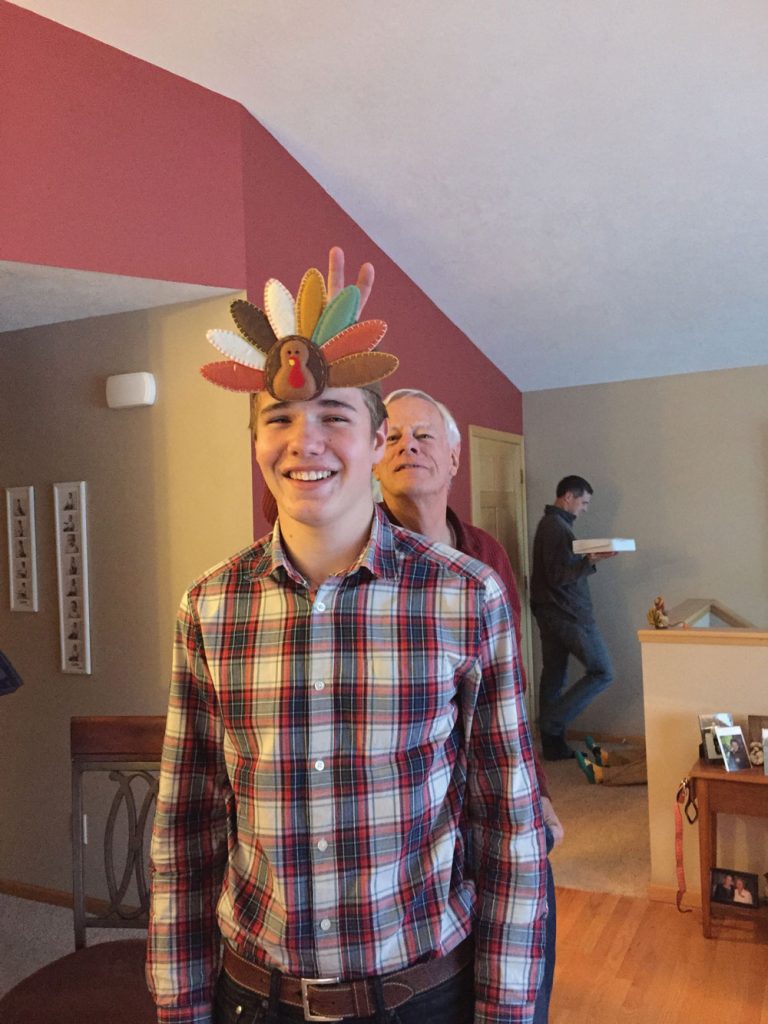 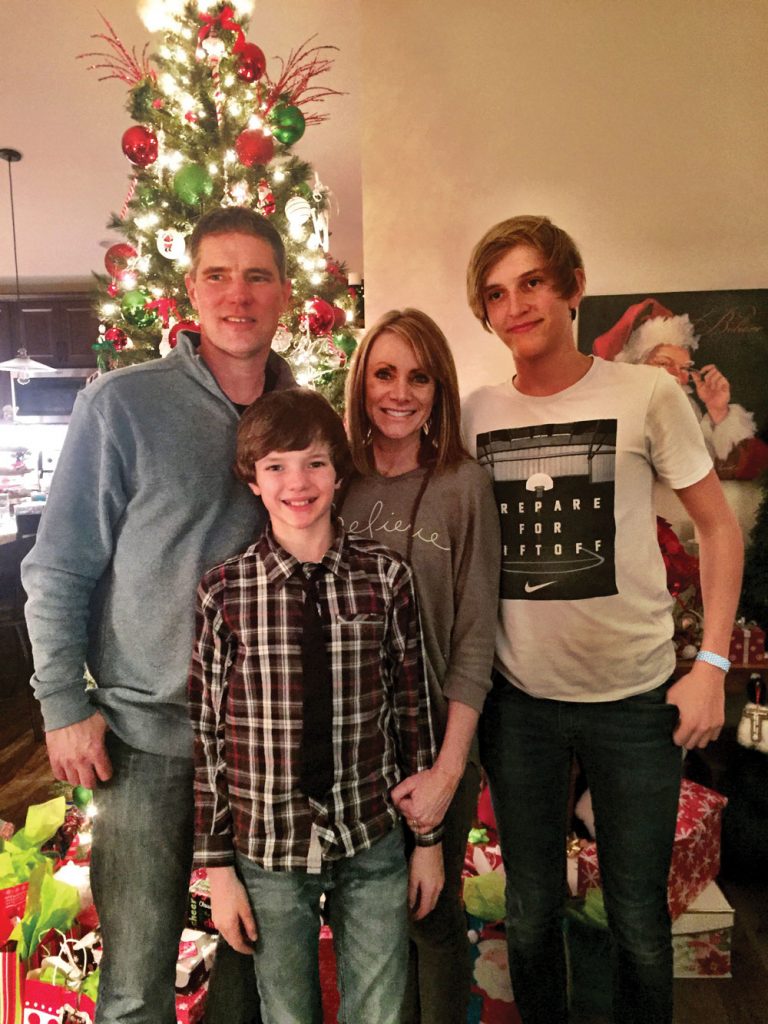 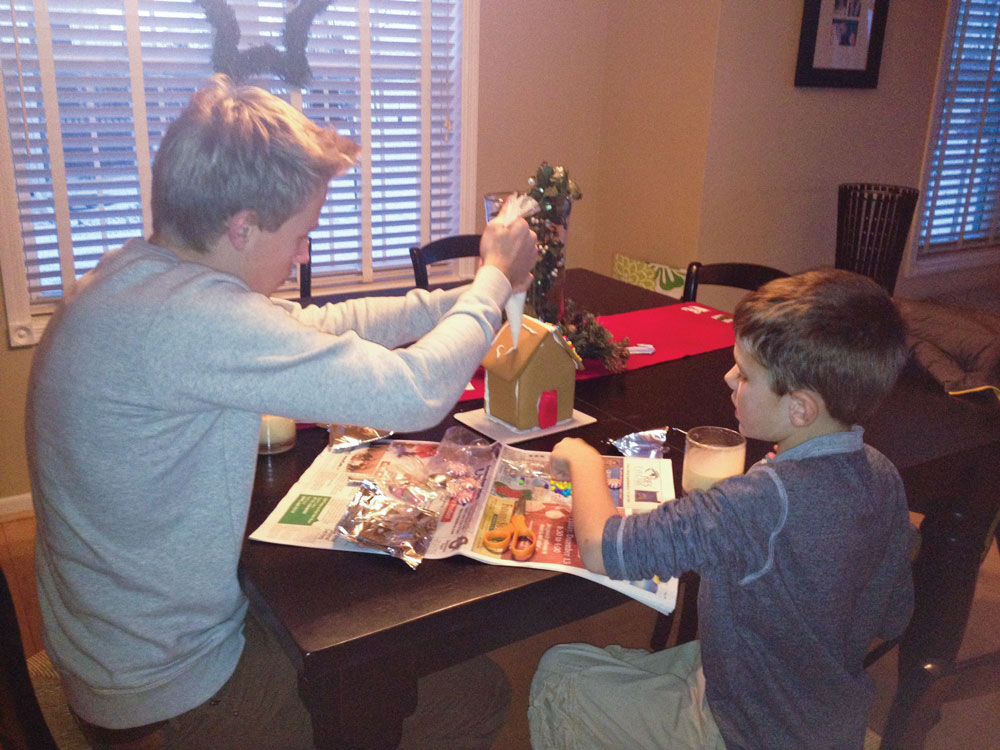 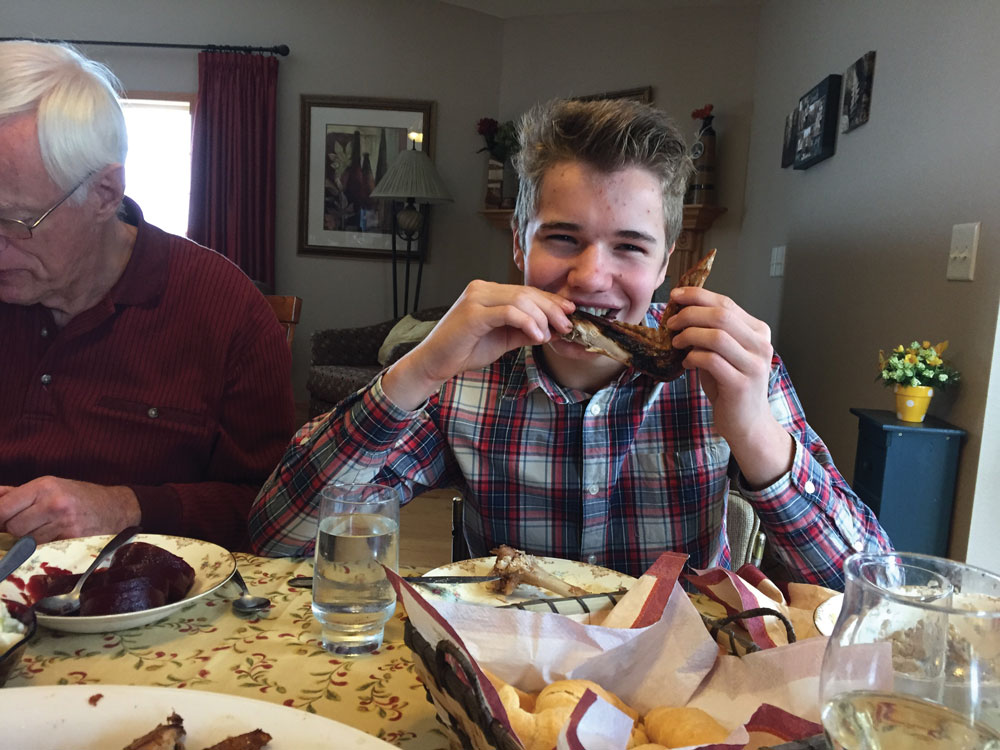 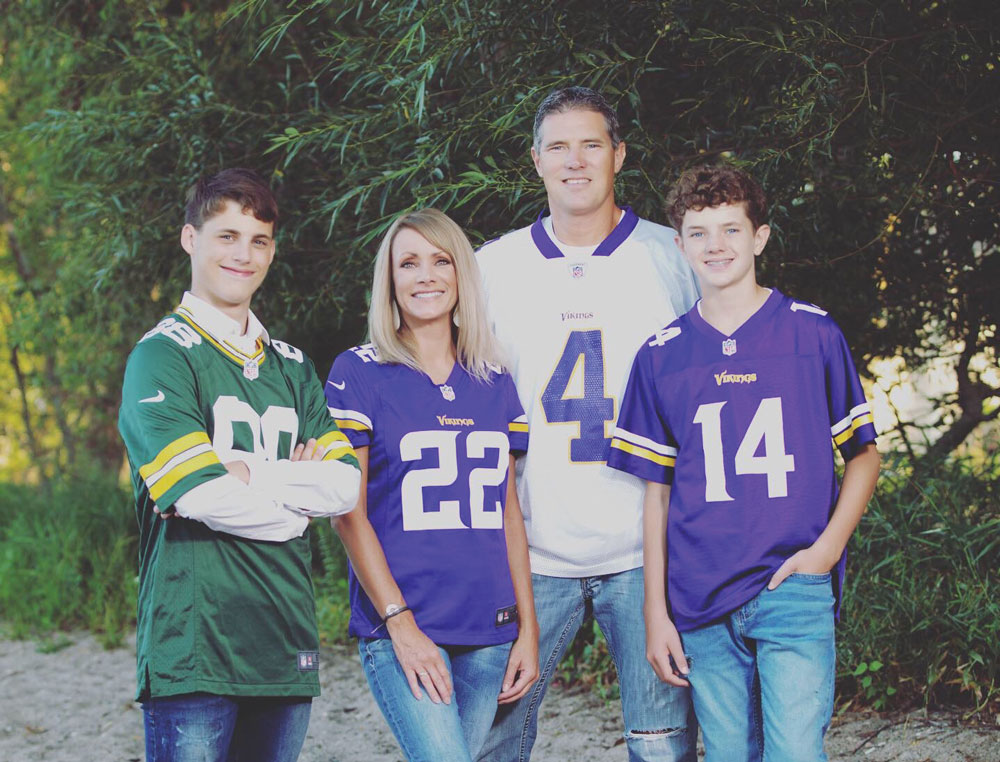 This year, the Toews are hosting Elias Krueckemeier from Germany, who happens to be a huge Green Bay Packers fan.

“This means Sundays can get a little heated at our house, as true Vikings fans have trouble cheering for Green Bay!” Marcy said. “However, we actually did take Elias to a preseason Packers game this year at Lambeau Field, but we’re looking forward to seeing what he thinks about attending a Vikings game now!”