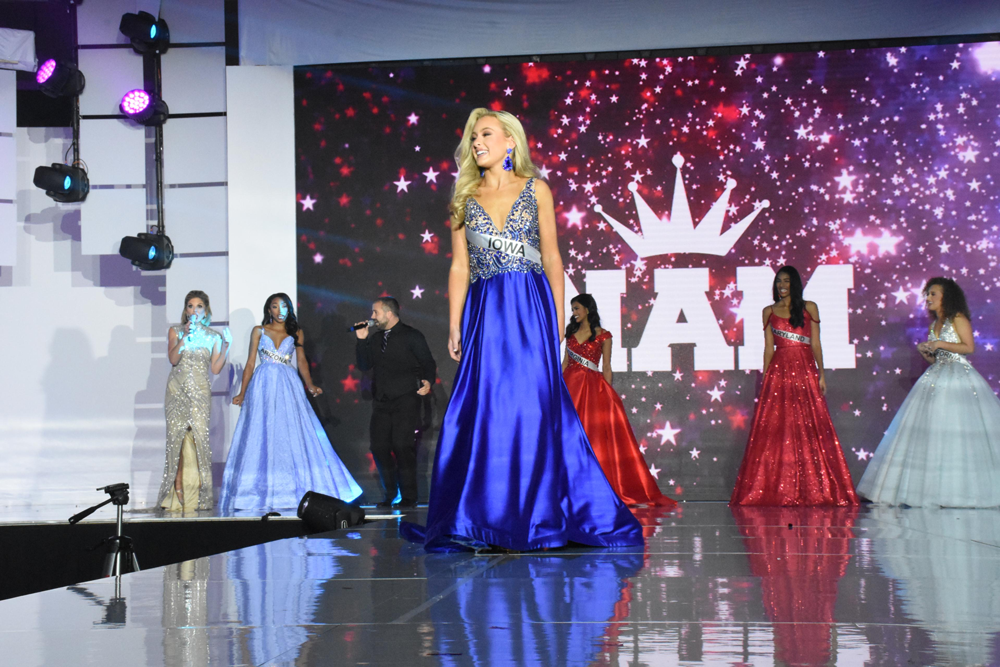 Selected as one of the top five at the national NAM competition in Anaheim, CA on Sunday, Dec. 1, the nerve-wracking minutes on the big stage were anxiety-filled for this outwardly poised 16-year-old sophomore from Spirit Lake.

The countdown happened: Mariah from Arizona, JoVi from California, Carlie Jo from Iowa, Sanjana from Maryland, and Anjali from Virginia. 5th runner-up, then 4th runner-up, and next 3rd runner-up. The two remaining were Carlie Jo and Anjali! Out of all the state queens across the United States, Carlie Jo was selected as the 2019-2020 NAM Jr. Teen Runner-up!

“It was an experience of a lifetime and such an amazing honor,” Carlie Jo said excitedly.

“Do Not Be Afraid”
When Carlie Jo was young, she regularly experienced bullying for her size. Always smaller and shorter than others her age, fellow students were unkind with their comments and actions. Carlie Jo’s mother Stacey looked for ways to develop confidence in her daughter.

“I was made fun of a lot for my size, and when I started getting involved with pageants; I began gaining confidence in myself. I learned to not dwell on what others were saying or what they might think, as their opinions don’t matter to your personal success and accomplishments in life,” Carlie Jo said. “It’s better to focus and strive for your goals and surround yourself with people that support you and your dreams. My faith has also helped me and had a big impact in my life.”

These past experiences in her life led to her current platform of “Do Not Be Afraid” (DNBA), which is inspired by the Bible verse Deuteronomy 31:6 and has become her mission for life. She shares in her volunteer work with elementary students about being brave, whether they are standing up for themselves or for someone else. She then gives each child a bracelet that says DNBA, a reminder to be kind and not afraid.

National Competition Week
During the week of Nationals, Carlie Jo and her mom Stacey arrived in Anaheim on Nov. 23, stepping right into a whirlwind of excitement. The entire week is flooded with dance rehearsals, competitions and a day at Disney. The first competition was held on Thanksgiving Day, where Carlie Jo competed in formal wear in her blue gown which was a Miss Iowa sponsor prize award from Bridal Elegance and Pageantry in Bloomington, Illinois.

Throughout the week, Carlie Jo enlisted the services of Emerie Jones Artistry out of Lincoln, NE, whose team helped the gorgeous teenager with contest makeup and hair. This was the first time the Ahrenstroff’s had paid for the assistance and discovered how much it eased Carlie Jo’s stress and anxiety levels during competition. Rather than taking several hours of doing it herself, the makeup and hair team had Carlie Jo ready to go within an hour.

Her coaches, Style Consultant, Katie Kenny and owner Cassie Marks from Make Your Mark from Des Moines, were also extremely helpful prior to and during Nationals.

On Friday, Nov. 29, Carlie Jo competed in Personal Introduction, where she wore her red interview suit and had a minute to share her passions and background. During the Personal Introduction segment, each contestant used a nickname or an interesting fact about their state. There are different options for Iowa, but rather than the normal “Hawkeye State” or “Home of Corn and Pigs,” Carlie Jo chose “Field of Dreams.”

“With the movie ‘Field of Dreams’ and the upcoming Yankees and White Sox game at the Dyersville farm site in 2020, we thought it depicted our state and me the best,” Carlie Jo said.

“I wanted to encourage others to have a ‘Field of Dreams’ and to dream high with their dreams and goals,” she added.

The next competition was the Interview portion with six different judges. None of the questions are known ahead of time and can range from “How do friends describe you?” or “What is the hardest thing you’ve experienced?” Carlie Jo said she answered each one in some way with her DNBA Platform and how she wants to help others overcome similar struggles.

On Dec. 1, the final competition took place, and the Top 12 in each age division were selected. After the Top 12 restated their Personal Introduction, the Top 5 contestants were selected and asked a question from the fish bowl.

Handling Pressure and Anxiety
Those watching were amazed at the poise and confidence each of the five contestants displayed, which is a skill Carlie Jo has learned through the years.

Carlie Jo has also learned to hide nervousness and to handle anxiety. Similar feelings of anxiety and nervousness take place in other areas of her life, whether the emotions are felt at school, sports, or with friends. The life skills Carlie Jo has gained from NAM help her with current real life situations and ones she will face in the future.

“There is also lots of prayer and talking to Jesus,” she said. “I keep reminding myself that everything is in God’s plan! Everything that happens; He has a plan for me.”

Carlie Jo’s support system also plays a huge role in how she handles pressure. Whether it was her four friends and their moms who flew out to Anaheim for the competition, her family, or her “NAMily” from NAM, she knows she’s loved by her family and her good friends.

“You also make a lot of really close friends during competition through the years, and as families, we’ve become really close, whether they are from Nebraska, Colorado, South Carolina or Washington,” Carlie Jo added. “You gain connections and friends all over the place.”

Carlie Jo will continue to hold the title of NAM Iowa Jr. Teen through July. She is undecided about future plans but has goals to possibly compete in a higher NAM division or pursue a different pageant system, such as Miss Teen USA or Miss America.

“I’m excited to see what doors open in the future,” she said.

Carlie Jo's “Field of Dreams” has become a way she can help others conquer their own fears, whether it’s at home on the softball field, picking rock on the farm or helping the homeless on the mission field (Guatemala). She lives “Do Not Be Afraid” to the fullest!

For more information on NAM, visit www.namiss.com. The Iowa Directors are Breanne and Ryan Ewing and can be contacted at 402-881-8744. 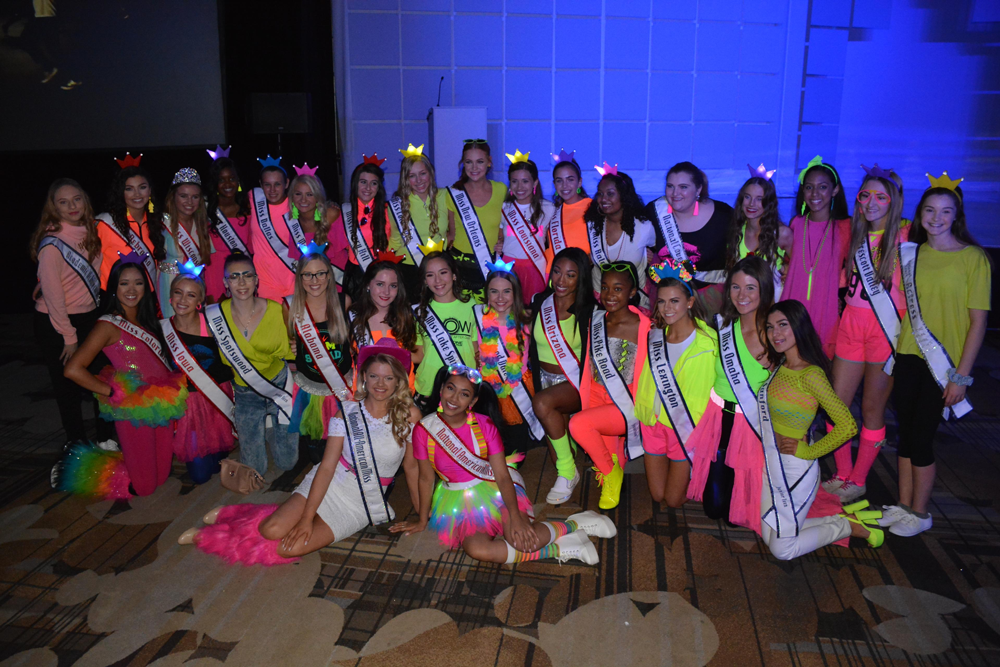 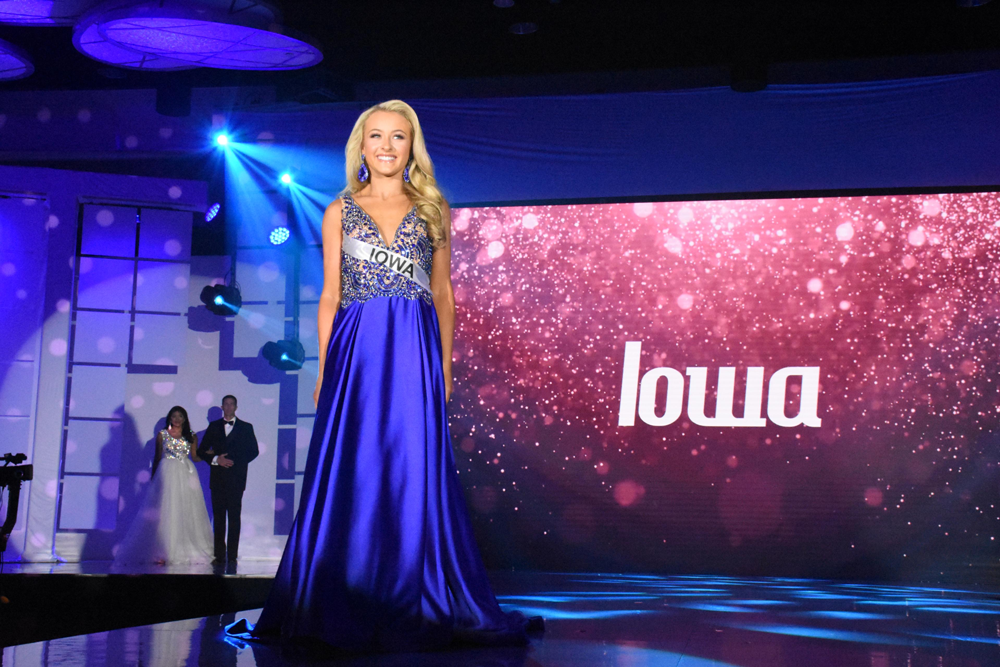 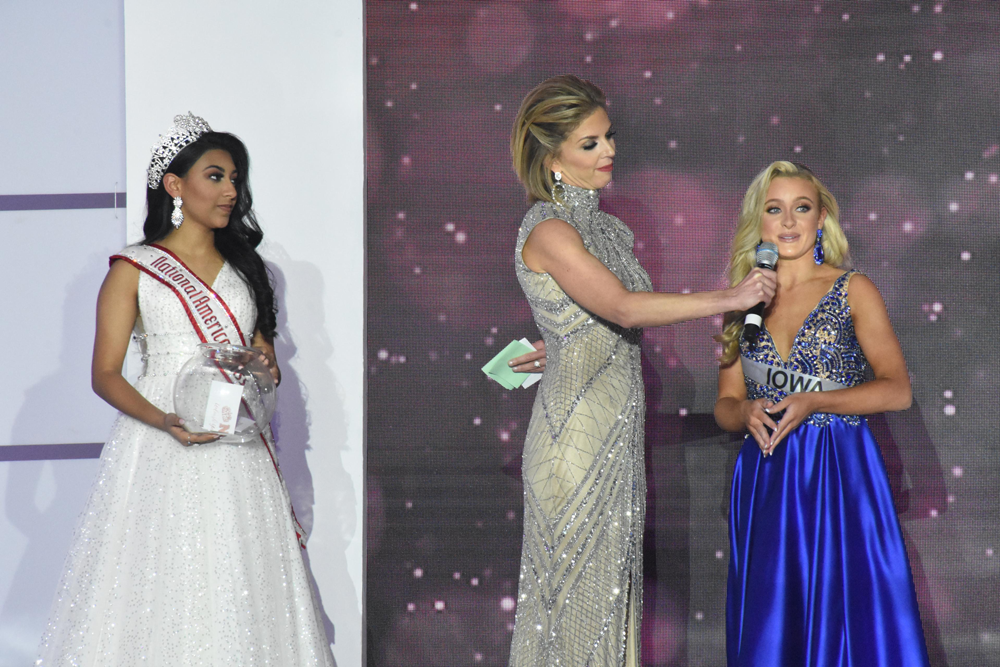 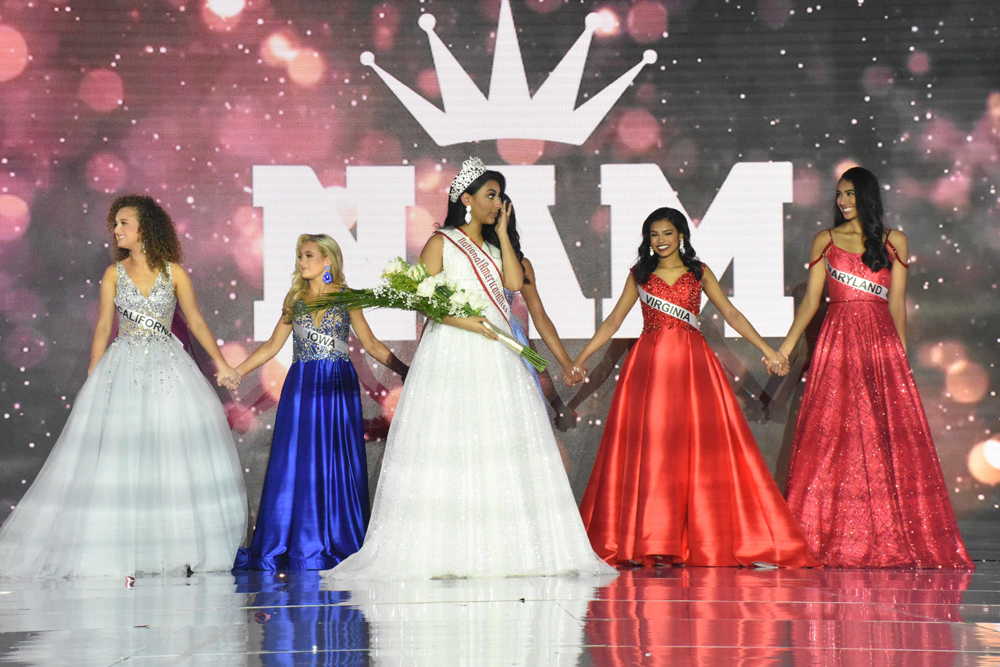 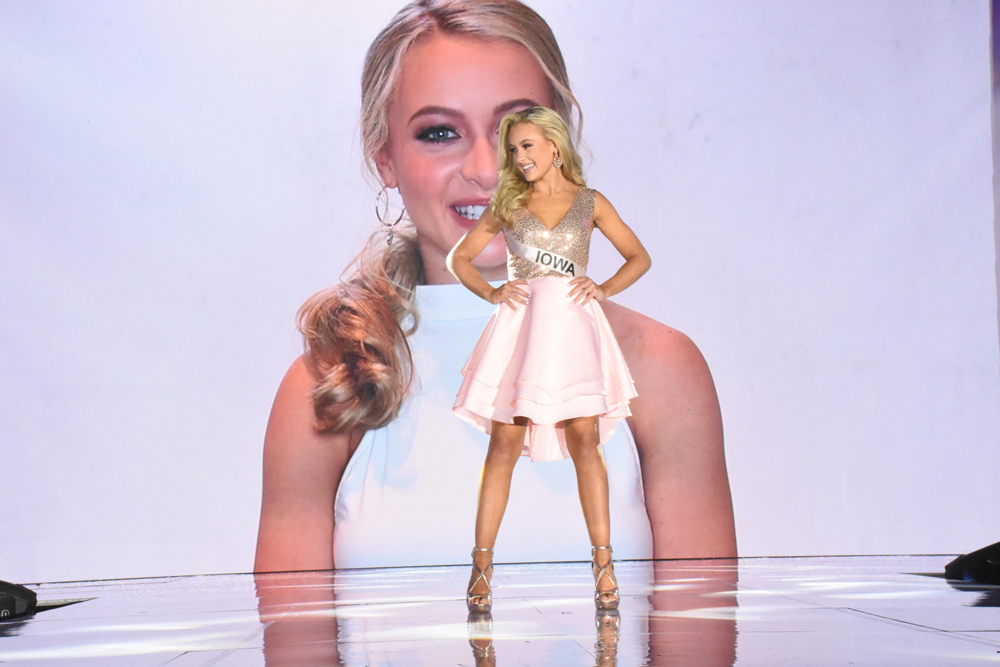 It’s important to know that bullying can happen to anyone; the form in which it’s delivered changes based on age. Bullies at a young age are thought to be mean, loud, or even physical. But the tactics of a bully can take even quiet, subtle forms. Bullying occurs when one individual’s goal is to make the other person feel belittled, shamed, embarrassed or hurt. Bullies often are hurt individuals themselves who inappropriately build themselves up by tearing down someone else. Children or adults who observe these situations without intervening are actually supporting the bullying by doing nothing. Laughing, going along with the bullying, is also supporting the behavior. Bullies or packs of bullies will generally define their actions as “just kidding around.” This is to normalize the inappropriate behavior.

Getting involved to help someone can range from verbally telling the bully or group of bullies to stop to anonymously telling authority figures. Bystanders can also help by befriending the victim and affirming that it shouldn’t be happening. Helping the victim to take action in some way might be the only friendly voice they hear. By far, the biggest group of difference-makers in these situations are the bystanders. As community members, we should be brave enough to protect the physical, emotional and spiritual well-being of another person by taking action. Being a victim of bullying can manifest in mental health issues in the future. Studies have shown that being bullied over a significant amount of time can exacerbate mental health issues into adulthood. Individuals who have been bullied often enter counseling with low self-esteem and feel helpless to stop it. Self-empowerment and developing a strong support circle is vital to a healthy self-image.