Simpleray Provides Solar Energy Options for the Midwest
Simpleray has brought renewable energy to homeowners, farms, businesses, and communities throughout the Midwest for over ten years. Over the past decade, they’ve learned how to successfully install solar power by creating individualized design plans, using the right equipment and technology and by putting their customers’ needs first. This forward-thinking company has made solar simple.

The company initially focused on both wind and solar renewable energy options, but later switched to only solar with the increased demand. Simpleray has been nationally recognized as America’s “Most Forward Thinking Contractor” by Solar Power World and Simpleray’s President Tyler Anderson was recently named a “40 Under 40” recipient by Midwest Energy News.

What is Solar Energy?
Solar energy is a form of renewable energy that captures the sun’s radiant light and heat using ever-changing technologies such as photovoltaics, solar architecture, solar thermal energy, and solar heating. Solar technology is fast-paced and continues to become more efficient and effective every day. Panels are continually being developed to capture higher amounts of solar UV watts.

“Our desire is to save the earth one panel at a time,” said Jeremy Rierson, a Renewable Energy Consultant for Simpleray. “Solar energy has a powerful environmental impact, and the technology behind it continues to get better, while saving the user money.”

He also said, “The sun produces enough solar UV every hour to run the world, if we could only capture all of it.” 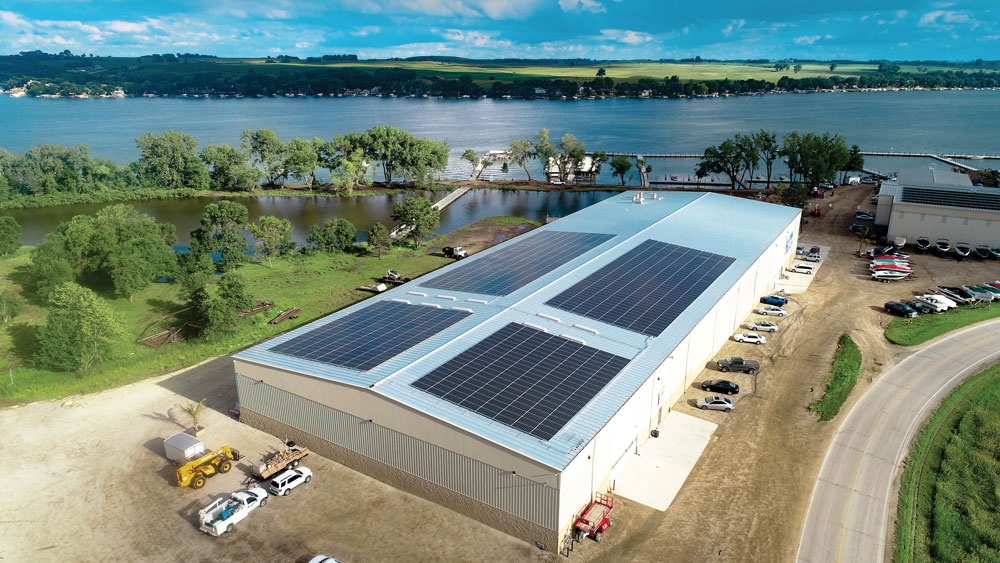 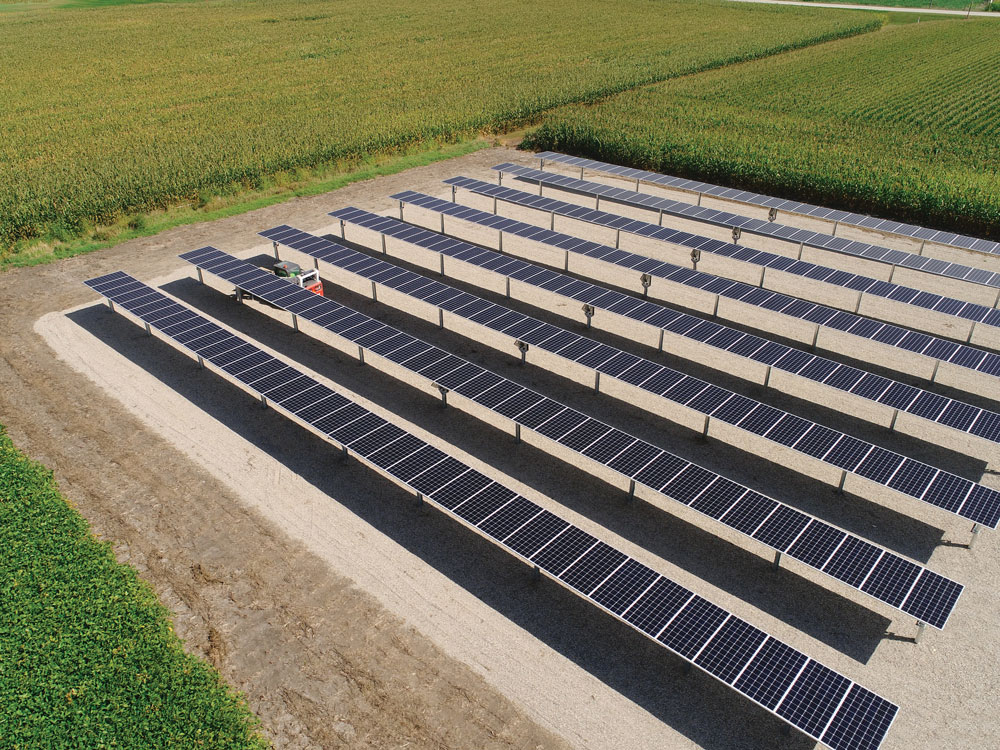 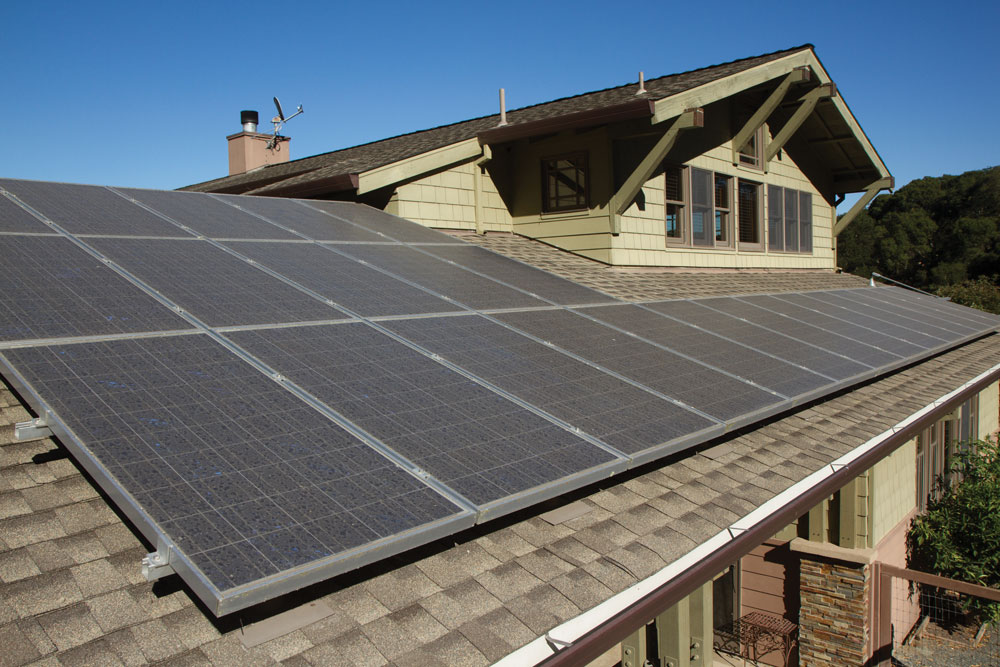 Making Solar Functional
Rierson, originally from the Iowa Great Lakes region, works closely with potential clients and current customers in several states. Before their qualification, he puts in considerable time making sure solar panels will be functional and a good investment at a location. This includes analyzing the past 12 months of electric bills, using a drone to get area and building dimensions and looking at assessor’s information and utility photos.

“Initially, we will look at maps and have you explain the area. Say, you live along the lake but there are large trees surrounding your home, I will be honest with you on whether the investment is wise for you or not,” he said.

Rierson will then visit the location and take pictures of the meter, breaker box, and overall site, which he directs back to Simpleray’s engineers and technicians. Once the customer is qualified, the data is placed through specific software that measures electrical usage versus solar energy benefits.

How Weather Impacts Solar Energy Harnessing
Simpleray understands that certain months won’t produce high amounts of sunlight in this area. October-February are often considered lower producing months, while the months of April-September harness larger amounts of solar UV rays. During the higher times, depending on utility you can build up credits to use in the lower producing periods or the utility will pay out credits.

“You have to look at the big picture and see how you will save money on your utility bill throughout the year,” Rierson said. “The amount will depend on your utility company.”

How Does a Solar Cell Generate Electricity?
A solar cell is made up of two layers of silicon that are treated to let electricity flow through once exposed to sunlight. One layer is positively charged, while the other is negatively charged. As photons enter the layers, they give up their energy to the atoms in the silicon in the form of electrons. When photons hit the layers of silicon, electrons pass through the junction between the positive and negative layers, generating an electric current that makes everything in the building work.

If too much electricity is being produced, it flows towards the utility company. On the other end, when not enough electricity is being created on the grid, the utility company will provide the needed power. For those who want to remain off the grid, a battery is included in their overall operation, and the battery collects the excess power to be used for the future.

“We understand there’s a balance between renewable energy and coal plants. There are times in this region where we’re facing a polar vortex and wind turbines won’t run when it’s a negative temp and solar energy isn’t being captured.”

Simpleray has a solar tracker that monitors each of their locations, allowing a client to view how much energy is being produced each day, week, month, and year. The client can view the data on a mobile device at any moment. However, the solar tracker is also being monitored 24-7 by Simpleray employees, who watch the efficiency of the solar panels. If one doesn’t light up and isn’t gathering solar energy, then the company knows it needs to check out the panel.

Solar as an Investment
For those places that invest in solar energy, the business or individual will receive tax credits and depreciation, 25-year warranty, and 40+ year lifespan panels. The investment has a short payback period and provides instant benefits. The solar tax incentives reduces the overall tax bill, which becomes an immediate savings.

For those interested in more information on solar energy, Rierson can be contacted at 712-292-8220 or jeremyrierson@simpleray.com.