For this issue, we went to none other than the Arnolds Park Amusement Park! We ventured there at the close of last season, and we are looking forward to it opening up this summer! Of course, our first ride was on The Legend Roller Coaster. My kids are currently 14 and 12. We have been going to Arnold's Park for years, but I have been the mom who normally just watches them having a blast, riding the rides. If I were a betting gal, I would say it has been ten years since I have ridden the coaster. After today I wonder, WHY DID I WAIT SO LONG? It was so fun! Also for those that are like me, and haven't ridden it in a long time, you can recall the Point of No Return and the long drop. You may also remember a couple other quick ups and downs that made you feel weightless, but I also remember I needed to focus on keeping my head on. HA! It was rough in some spots. I assumed after today a chiropractor would be needed. Which I was correct in thinking that, but it wasn't because of the roller coaster! The Park has redone the tracks and it was a beautiful ride!

The Chiropractor is needed from some self-inflicted, or maybe more inflicted by my Lake Life team at the BUMPER CARS! Everyone needs to ask Tara about the bumper cars. Never mind, no need to ask her, I will tell you. About halfway through our bumping session, her pole on top got caught on a bump on the metal that keeps these electric whiplash machines going. At that point we all thought it would be a great idea to try to run into her in all sorts of directions to get her unstuck. We failed but the laughs were all good!

As we had entered the Park, the five of us mentioned that we may have limitations. Why can most kids be spun and go round and round after eating a basket of fries and drinking a large lemonade? The five of us knew to keep it light for breakfast and we will have lunch afterwards. After agreeing none of us were up to doing the spiny rides like the Scrambler or the Apples, Jessie was trying to get someone on the scrambler. I said, "I thought you didn't do those." Jessie responded with, "I didn't' think I could do the roller coaster either and now that I have done that three times in a row, I feel like I can do anything." Too bad there wasn't a single one of who wanted to join her.

Tara and Jessie did try the Crazy Mouse. It was an old ride that they brought back in 2019. I loved seeing the dated photos from when this ride was at the Park, back in the day. For this ride, there is just one car on at a time, and it looks to me it is mostly gravity fed. The ride was full of quick turns and ups and downs. At points watching Tara and Jessie, they were laughing and looking frightened all at once. Since I didn't actually ride the ride I can't say for sure, but just watching the expressions on their faces was entertainment enough for me! After getting off the ride, Tara's pants were a little wet and she was debating if it was from the rain the previous day or a kid scared for their life, because either could have been the case.

We decided to do the Log Ride last, so if we got wet we wouldn't have to ride the go carts with a wet toosh. Hey, Tara...maybe the kid just got off the log ride before getting into the Crazy Mouse Cart.

The go cart track is a separate ticket than your full park pass. You can buy unlimited rides for the track or just purchase one. They give you lots of time on the track. I would say I went around at least ten times during one turn. The track is fun with bridges and tunnels and tight corners. Tara just can't help but get her competitive side out. Once she hears race, her face changes to GAME ON. But little did we know that Jessie should have been a race car driver! On our second ride, Tara and I were both going as fast as we could and Jessie nearly lapped us. How embarrassing! The first time Jessie and #along Jenn rode a two-seater. There were times Jenn looked a little scared or concerned. Now, we just know that Jessie knows the shortest line on that track. She is so fast!

You might be thinking what would a group of ladies do at the Park. Why not bring their kids? We wanted to see if the Park was truly for everyone. After the nice guy working The Legend let us go three times in a row, laughing so much in the bumper cars, feeling as though we may or may not have risked our lives on the Crazy Mouse, and getting our inside competitiveness out on the race track, we all had a ball. And don't forget about the Ferris Wheel. Love hitting the top and being able to see the Lakes area from above! 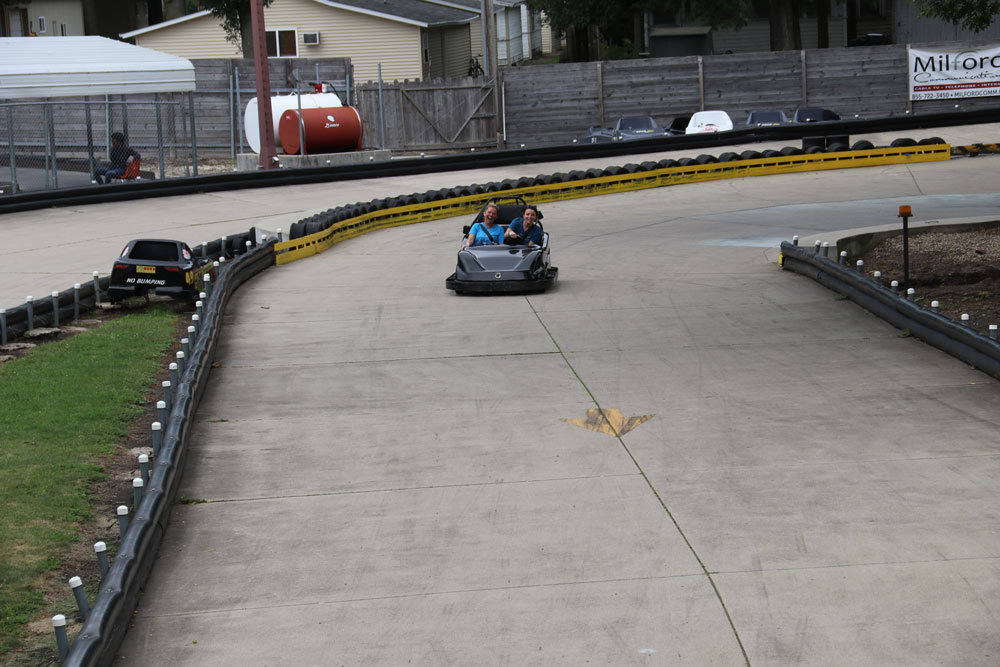 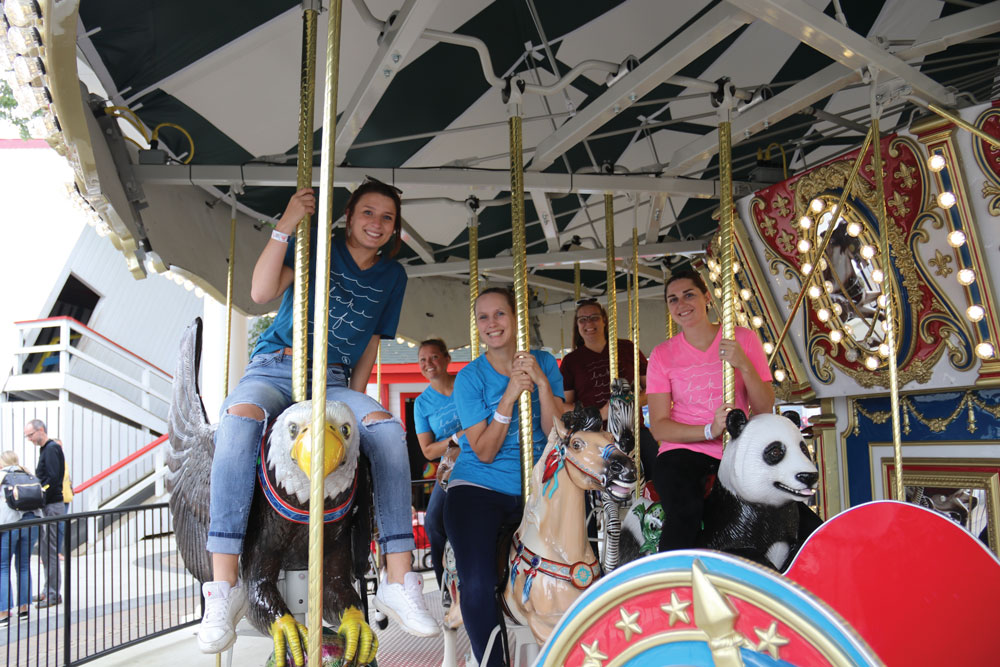 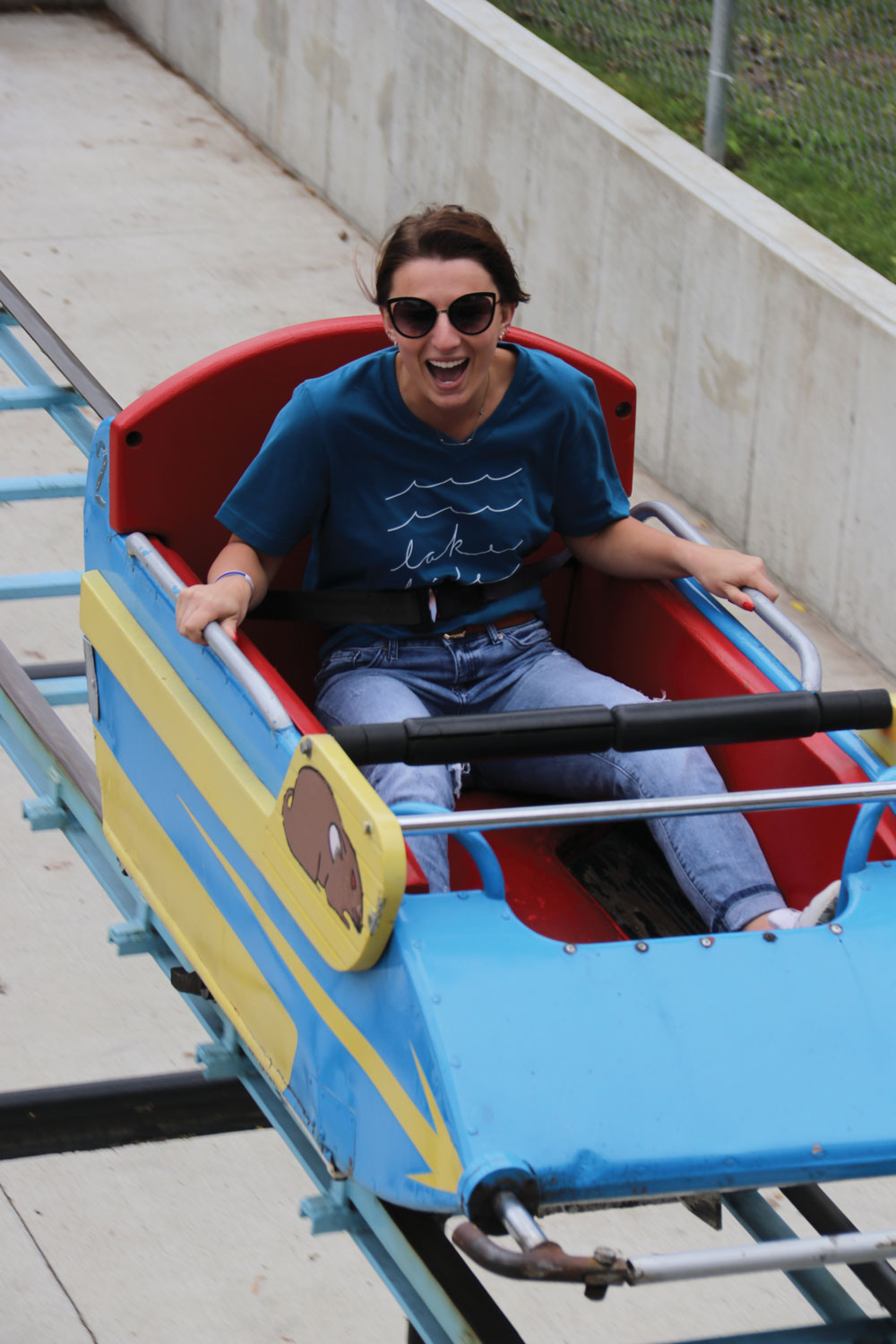 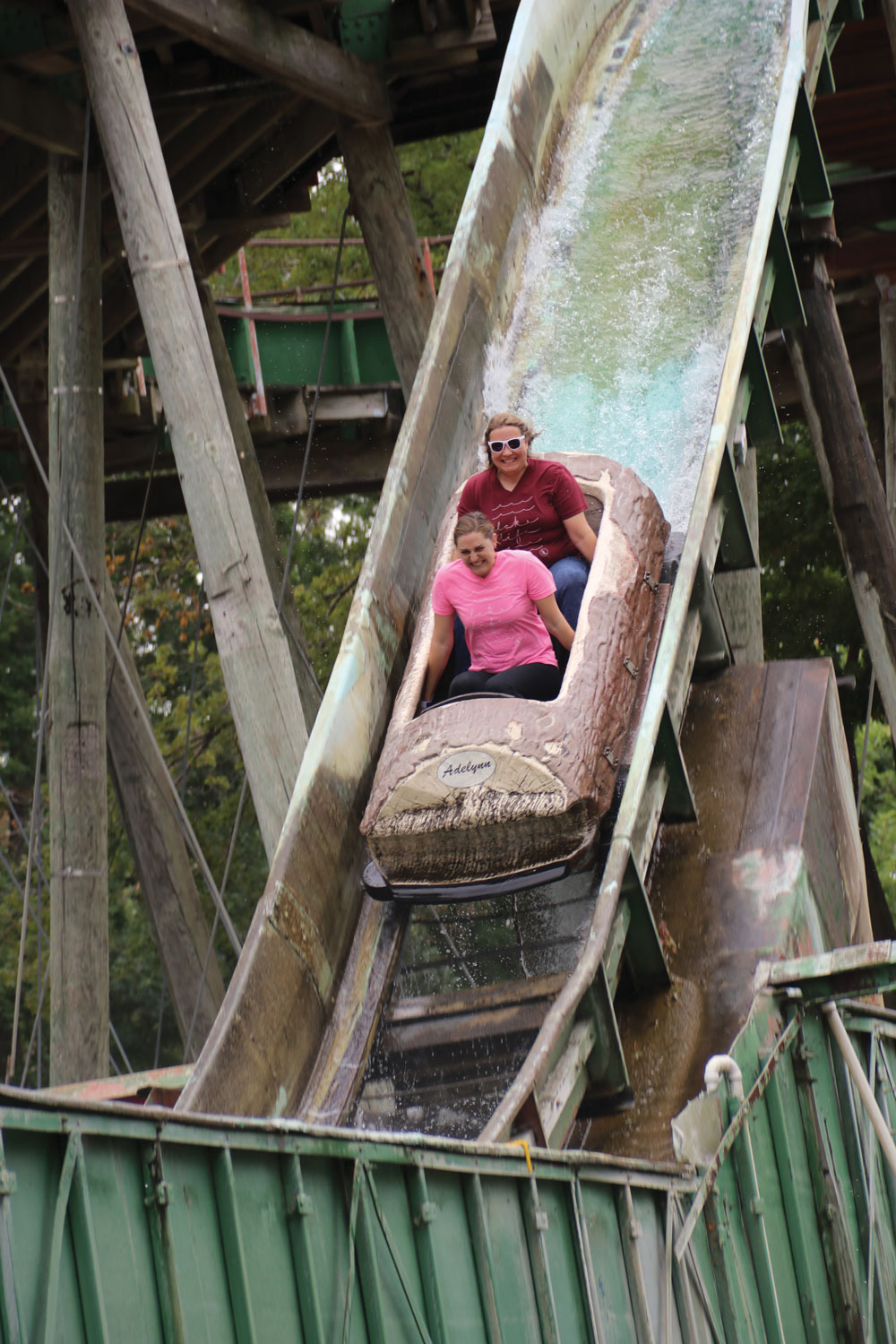 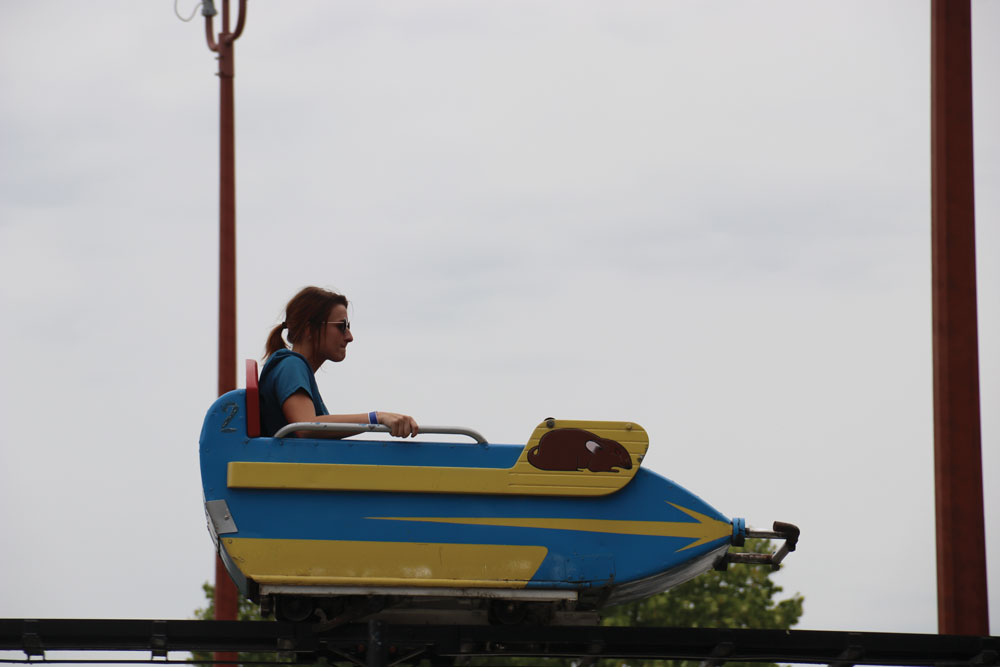 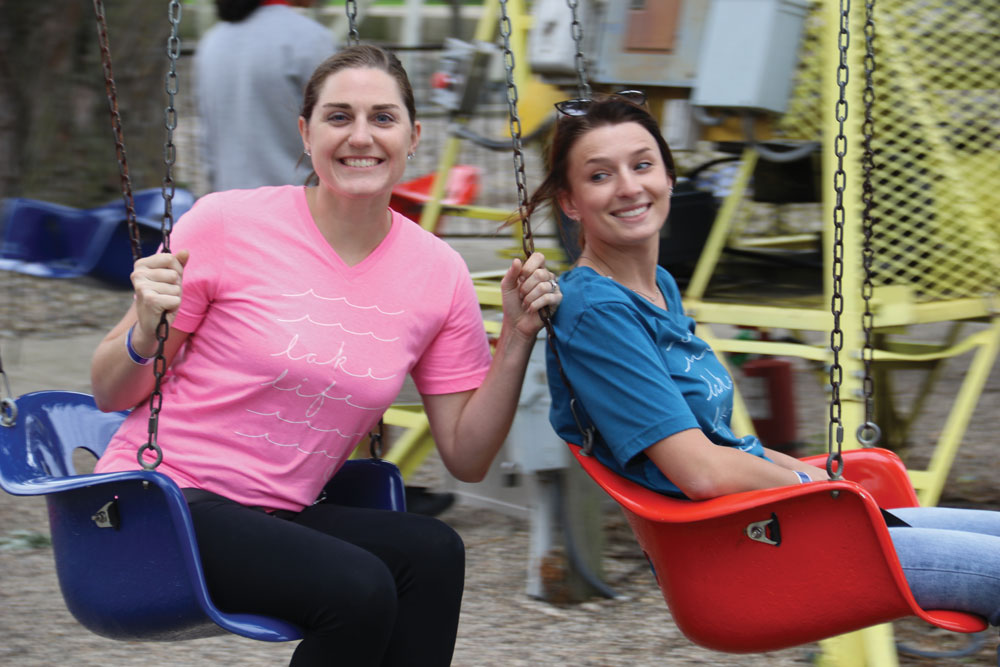 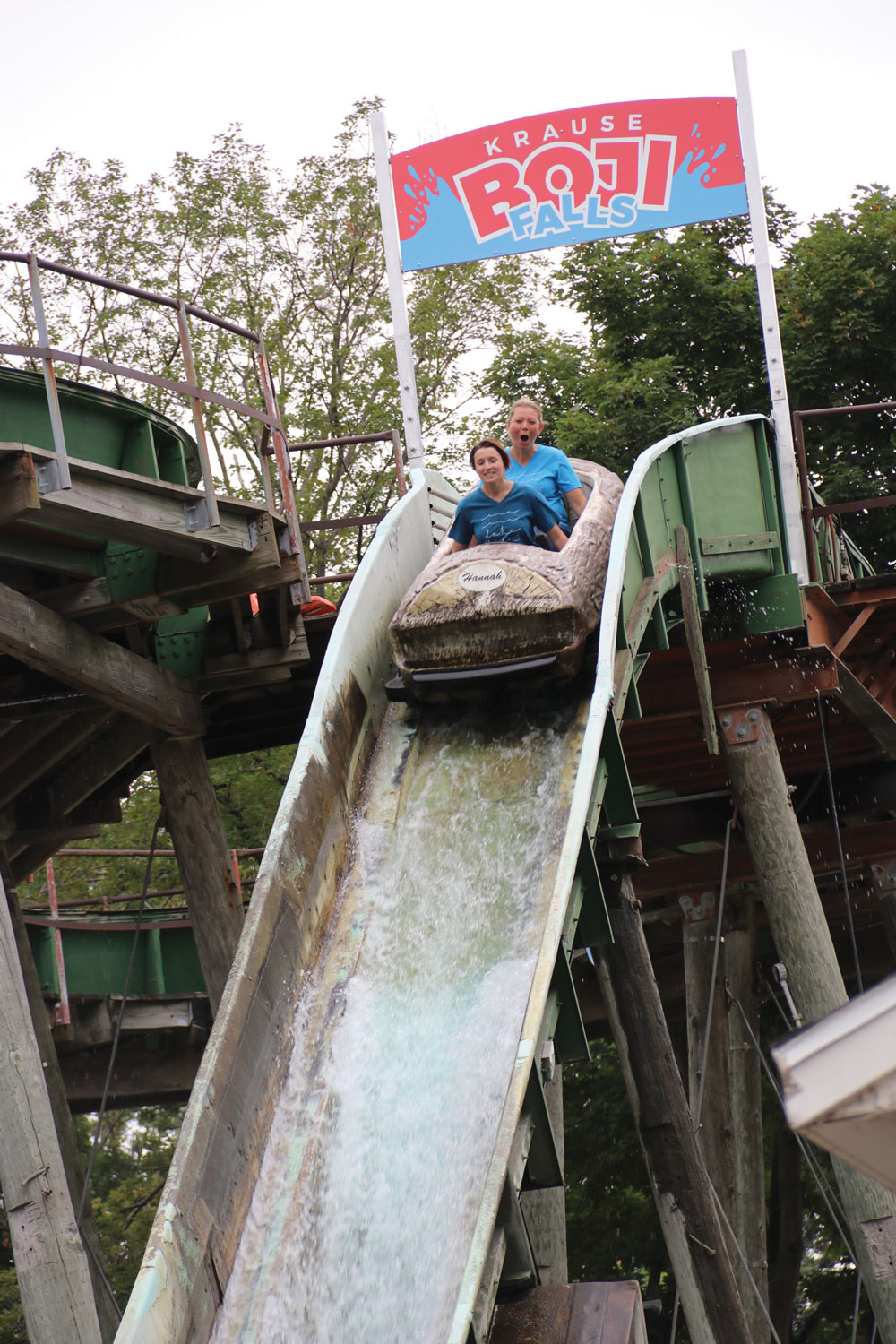 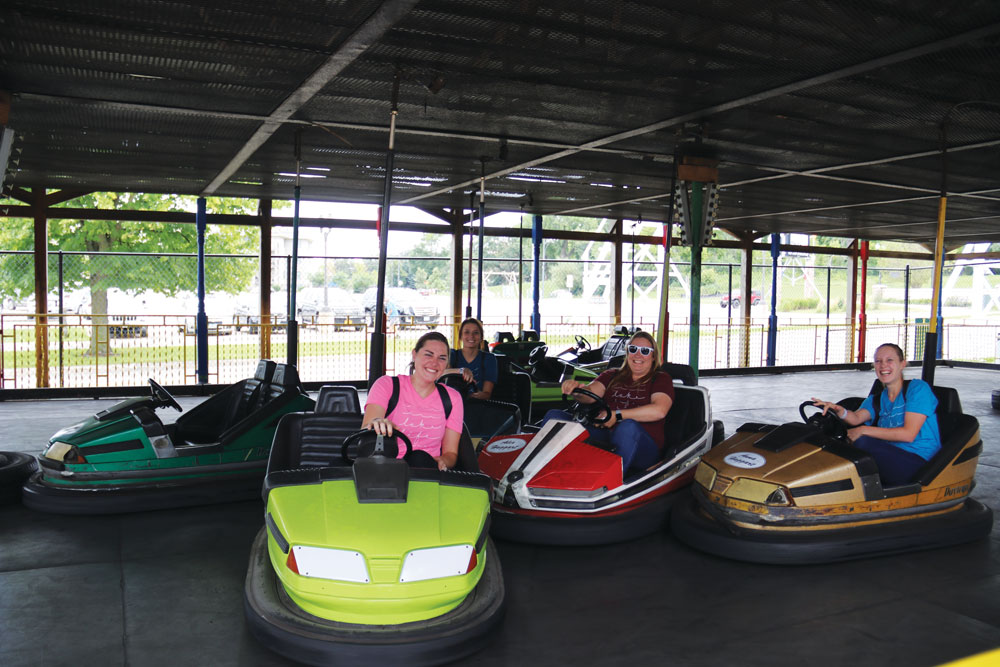 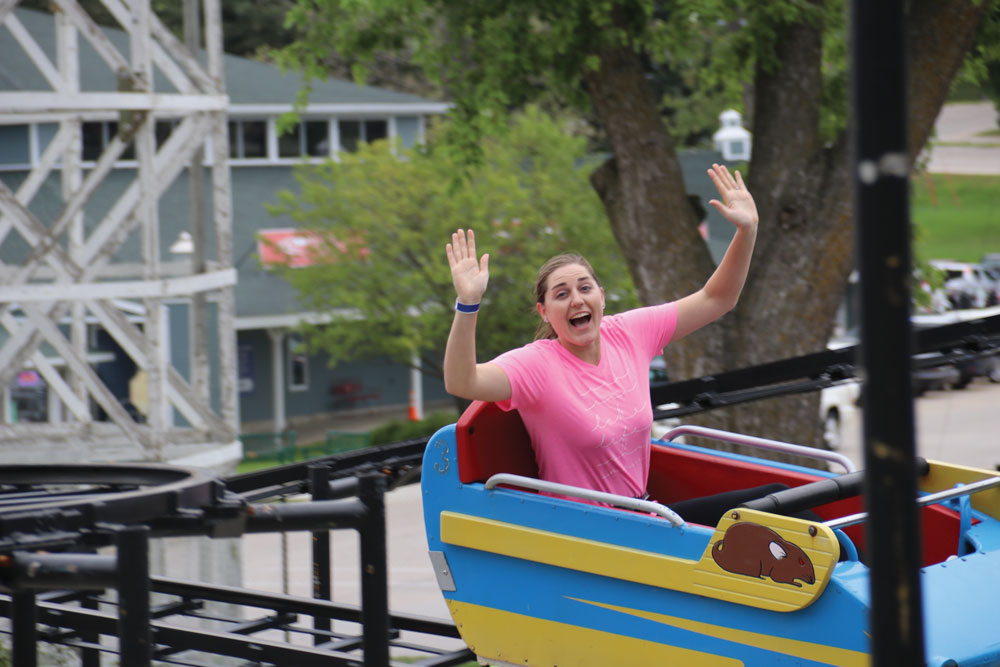 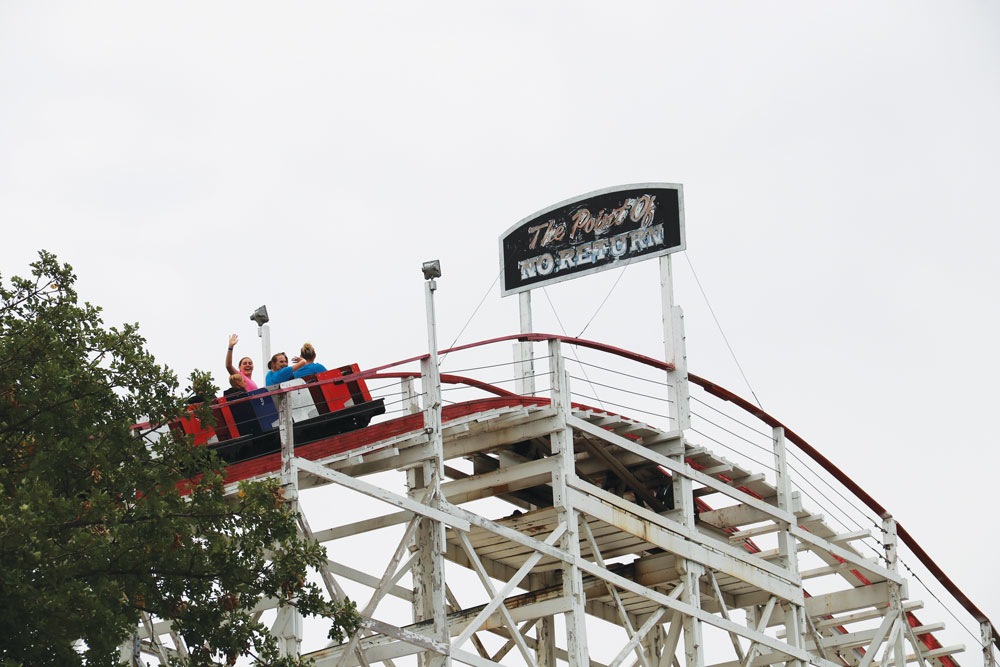 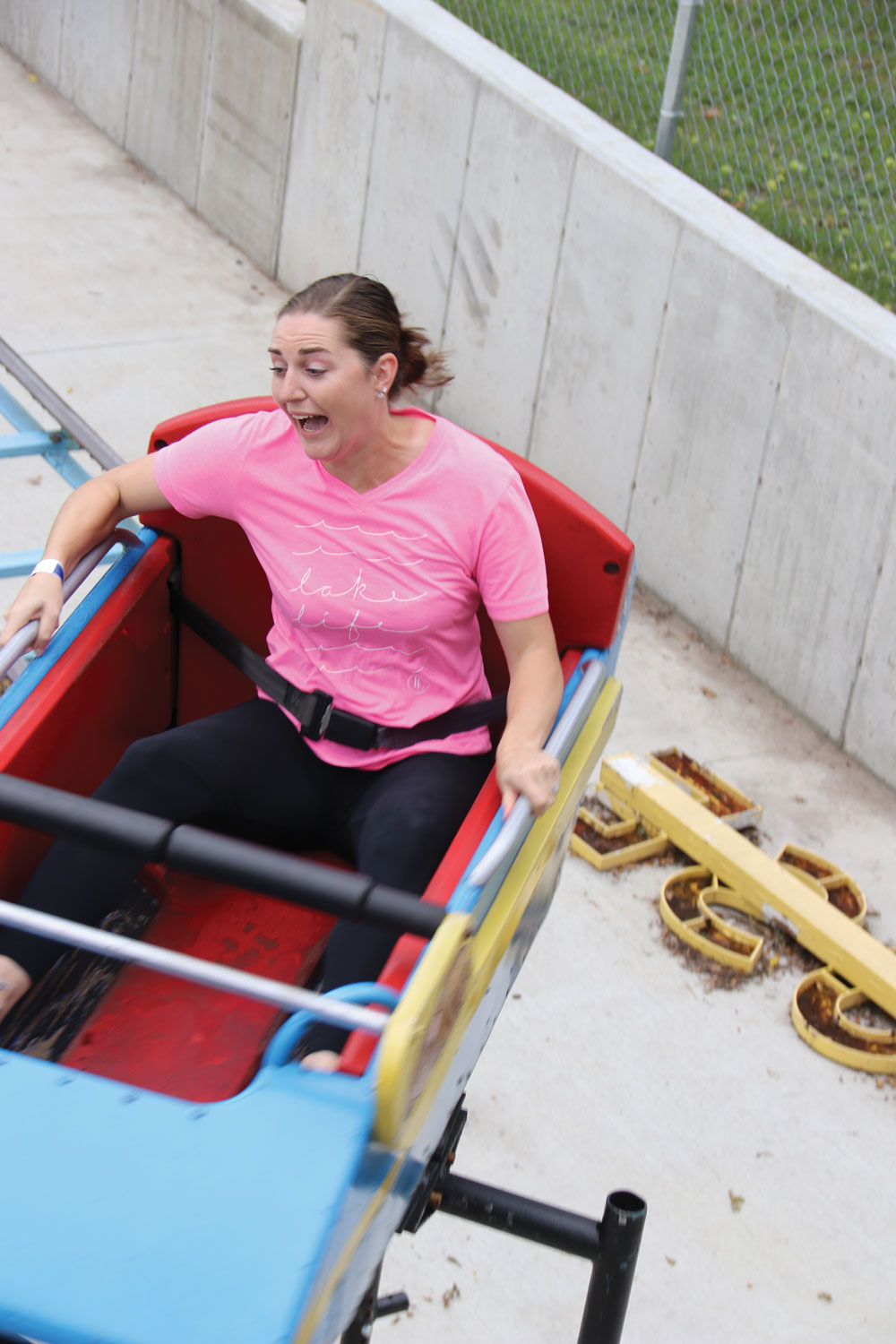