The mutual love of the beautiful outdoors made their wedding ceremony on August 2, 2020 even more special, as Michael and Alexandria shared vows on the stately Queen II and gorgeous blue waters of West Lake Okoboji.

The Beginning
The couple met at Sea Island, a PGA golf course on St. Simons Island, where Alexandria Celli was a professional golfer and Michael was the Assistant Superintendent.

Michael began noticing Alexandria out on the course. When she walked by, he started adding in a little wave, and as time passed, she started waving back.

“I asked my boss, who is that pretty red head. She’s cute!” Michael said with a smile.

Once Michael received her vital contact information, he looked Alexandria up on Facebook and sent her a message.

“Then we had lunch that same day,” Alexandria replied!

Their December 20, 2018 lunch date was the beginning of their relationship and the start of their forever.

Transitions
Shortly after Alexandria met Michael, she flew back to Iowa for Christmas. However before leaving, she invited him to attend The Cloister New Year’s Black-Tie Event on New Year’s Eve. 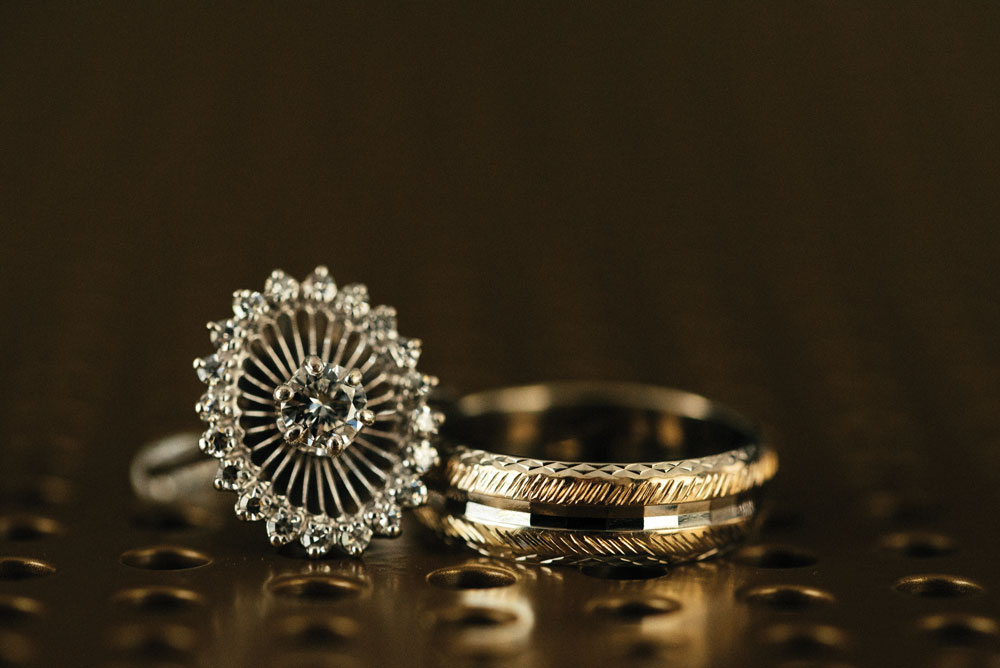 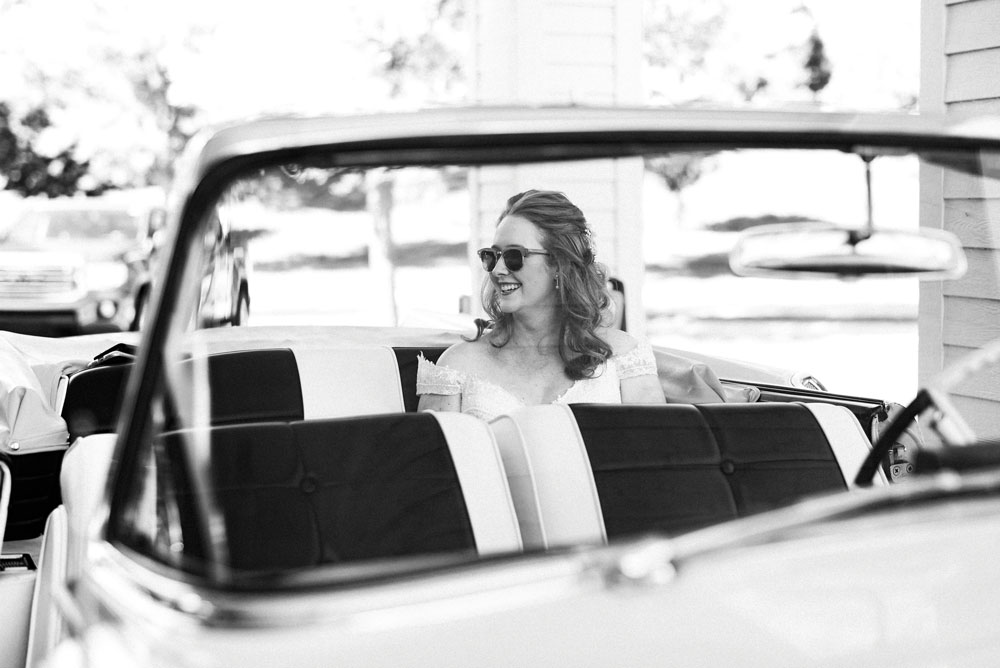 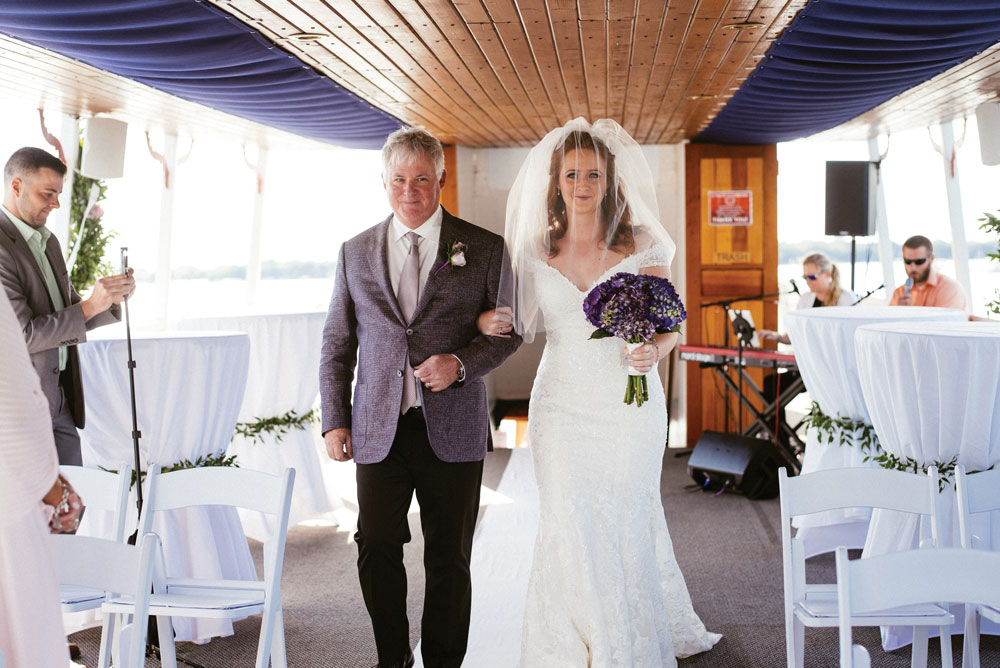 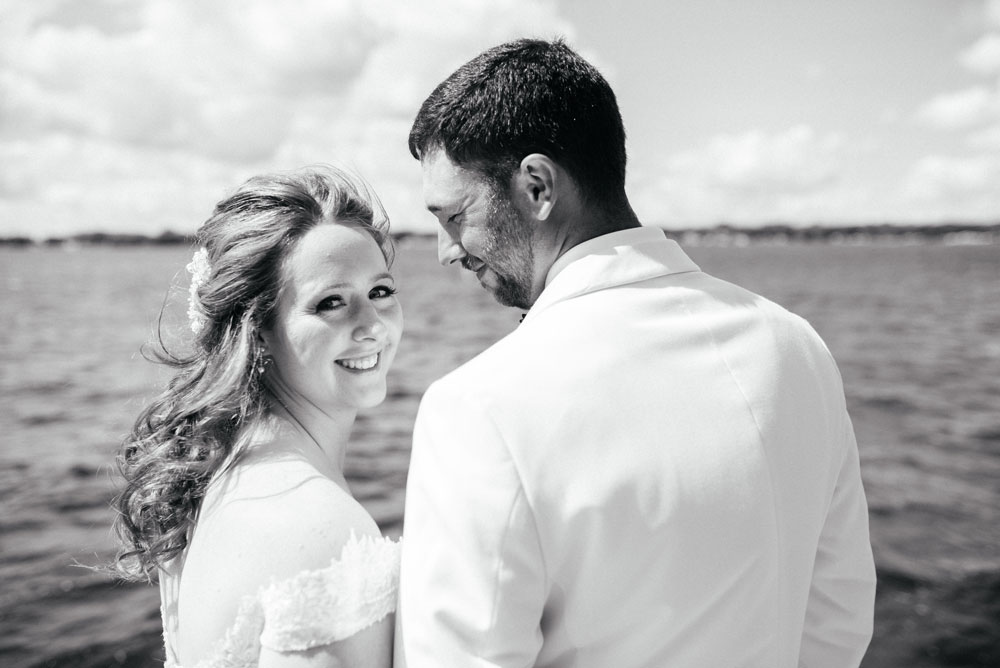 “I had tickets to the event. We had a wonderful time together and haven’t looked back since,” Alexandria added. “We hung out a lot during those first months.”

In April, Alexandria made the hard decision to retire from professional golf and began applying to law schools. In June, she was accepted into Drake University Law School and moved to Des Moines. However, this left Michael still in Georgia.

“One of the special things Michael gave me was a special bookmark from his grandmother to remember him by,” Alexandria shared. “It was a way to say we’re together even though we’re apart!”

The time separated went faster than thought, as Michael found a job at RJ Lawn and Landscape in Waukee, IA. In August 2019, he moved from GA to IA and proposed to Alexandria on October 26, after Drake Law's Barrister Ball in Des Moines.

Alexandria immediately began planning a beautiful winter wedding for Sunday, January 10, 2021 at the Tea Room in Downtown Des Moines. “This is where my grandmother Kay frequented as a child when it was the Younkers Tea Room,” she said. “We also wanted to plan the wedding after my grandparents’ special day.”

“As time went on, we began to get a little nervous. We saw friends who had to postpone their special day, and we were worried that we would have too as well,” Alexandria shared. “We didn’t want to continue to pay deposits and then there would potentially be nothing.”

Iowa Great Lakes Community
Growing up, Alexandria’s family lived in Texas, but her grandparents Dave and Kay Harty had a summer home on West Lake Okoboji. She loved her summers at the lake and spending time with her family. As she got older, she worked at Emerald Hills Golf Course helping with the Youth Golf Camps.

Having a special love for the Iowa Great Lakes, Alexandria applied for a law internship at Sandy Law Firm.

“They are a wonderful place to work at and I learned so much from the Sandy’s,” she shared.

Working in the area created an idea for Michael and Alexandria. “We decided to move up our wedding date and have it at where I have so many special memories,” she said. “While it wasn’t going to be the big wedding we initially planned, we are so thankful we could create our special day.”

In eight weeks, Alexandria planned a beautiful wedding using a combination of vendors and resources from Des Moines and the Iowa Great Lakes area. “I wouldn’t have been able to put everything together up here if I hadn’t been working here,” she added.

They called their photographer Jason Thomas Crocker Photography of Des Moines and asked when he was available. “We didn’t want to use another photographer and he provided his open dates,” Alexandria said. “I then called the Queen II and asked if August 2 was available for a Sunday wedding. Everyone was so accommodating and helpful.”

Wedding Attire
Before Alexandria, her mother Laura, and grandmother Kay went dress shopping, Alexandria had Michael look at some dresses online from Schaffer’s Bridal out of Des Moines. “I wanted to get an idea of what dresses he liked and what he thought would look good on me,” she shared.

When Alexandria began trying on dresses, she had them include Michael’s favorite. “It was the fifth dress I tried on and it was an instant ‘wow,’” she said. “I was silent and didn’t know what to say at first. The dress was beautiful, and I knew it was the dress. I was a little mad that he had picked the dress out in ten seconds, while looking online, but he knows me well.” She then kept the dress choice a secret until their wedding date.

She wore a long cathedral veil, as well as a front headpiece; the headpiece was from her grandmother Kay.

Alexandria wore a special bracelet given by Michael’s family (Cyndi and Ray Myers), which matched his grandmother’s jewelry (Charlotte Nall). Her ring was a gift from her grandmother Kay, a piece she wore everyday from the early 1960s and on. The center diamond was the original engagement diamond Dave gave his wife in 1958, when they were engaged and later married in 1959. Her earrings were also jewelry given by her grandfather to her grandmother in the mid-1960s.

Her hair was designed by a hairstylist she met in Des Moines. Several weeks prior, Alexandria had visited Salon W in Des Moines and Frankie styled her hair. They were talking and Alexandria was uncertain about who would do her hair for the big day. “Frankie asked when the wedding date was, and I shared August 2. Frankie was like we are going to be up there on our family vacation – ‘I could do it!’ It was the perfect situation.”

Make-up tutorials were given to Alexandria prior to the wedding by Caitlyn from Okoboji Skin Care, because they are closed on Sundays. “But Caitlyn was amazing and gave such great instructions,” she said.

Wedding Details
The ceremony was to take place on the Queen II, dependent on weather. The couple said Casey and Jean from the Arnold’s Park Amusement Park were very helpful on keeping them informed.

Because of location and reputation, Alexandria asked if Maxwell’s would be available for a small reception that same evening. “Steven and Leah were so incredibly helpful in planning and way surpassed our expectations.” Their staff handled the tables, linens and created special menus for the wedding party. The tables were specially decorated, and Leah handled issues Alexandria wasn’t even aware had taken place. “The meal was 5-star and the wait staff were incredible,” Michael said.

The floral arrangements for the special day were created by Boesen the Florist out of Des Moines and covered in all shades of purples. “We chose purple in honor of my grandfather Dave, who passed away suddenly from pancreatic cancer in 2010. Purple is the cancer ribbon for pancreatic cancer, and I wanted to include the color to remind me that he was there with us,” she shared.

The cake was made by Mimi’s Cakes and Bakes from Pleasant Hill, IA and was also adorned with purple flowers. Unfortunately, unbeknownst to Alexandria, the cake’s floral arrangement got mixed up in other arrangements. Leah Jensen called friends and walked around and found additional pieces, creating a new purple floral display for the top of the cake.

“Leah went so far beyond what was imaginable,” Alexandria exclaimed. “I found out about everything after the wedding!”

Another piece of familiarity was compliments of Tyler Pederson. In years’ past, Dave and Kay Harty regularly attended “Rock the Roof” concerts, performances Tyler was a part of. “It was our family’s tradition to attend the concerts at the lake, and Tyler played the music for my grandparents’ 50th wedding anniversary. It made it even more special to have Tyler be a part of our wedding day.” Tyler was accompanied by Jennifer Johnson.

Ceremony
The couple had their first look on Alexandria’s grandparents’ dock, with Michael facing West Lake Okoboji. “When I turned around, I was almost overwhelmed and tearing up,” he said. “I recognized the dress; Alex was so beautiful!”

For the ceremony, Alexandria and her father Charles Celli rode in the pink Lincoln compliments of The Inn Hotel. The ceremony was officiated by Alexandria’s boss John M. Sandy. “Of our twenty people in attendance, it was so special to have both of our bosses there,” she said. “We weren’t sure on a pastor and not being from the area, it was hard to know what to do. Initially, it was going to be a family friend, but they weren’t able to attend because of distance. John knew we were having problems and he said, ‘I can do it.’ It made it even more special.”

Drew Dau Photo and Film captured the wedding from above, while Jason Thomas Crocker was on land. At one point during the ceremony, Alexandria’s father unexpectedly left and went downstairs. “Our photographer was like that was a first,” she said. “My father had realized that the rings had been left on the lower deck, and he ran down to get them before we needed them in the service! We have a fun photo of him bringing the ring box back up!”

Another special moment for the couple was the sharing of Proverbs 16:9. This verse is a tribute to Michael’s Grandmother Mary Ethyl Knight and a motto for Michael’s life. “My grandmother gave me a special metal bookmark with this verse on, and the same bookmark I had shared with Alex when we first met,” he shared. “My grandmother has always been a big part of my life and I want us to live our lives the way she taught me.”

After the ceremony, the Queen II brought the wedding party back to the State Pier. Once their wonderful meal was complete, they returned to the boat for the dance portion and a tour of West Lake Okoboji. During this time, there were also numerous FaceTime moments with Michael’s family, as they weren’t able to attend coming from North Carolina and Washington.

“My brother was able to share his speech via FaceTime and we shared lots of photos and videos,” Michael said.

While the Smith’s have returned to the Des Moines area, and built a house that was finished just in time for Christmas, the Iowa Great Lakes area will always hold a special place in Michael and Alexandria’s hearts. Whether it’s playing golf at Emerald Hills with Alexandria’s former boss Randy Rohlfson or spending a future anniversary with a cruise on Queen II and a luxury meal on the patio of Maxwell’s, the couple has realized the unexpected change of events created something much more meaningful for their lifetime.

“In many ways, it showed us to focus on our future as a married couple—the one thing that really matters,” Michael said. “While we were sad my family couldn’t join us in person, we still felt like they were with us.”

Alexandria agreed, “I don’t regret our change of plans at all and you don’t have to have a big wedding because everyone else does. We have no regrets and I love that we always have a special place to share our anniversary together.”

In September 2020, Alexandria began her second year of law school at Drake. She will graduate in December, 2021. Michael is the Assistant Turf Manager at RJ Lawn and Landscape in Waukee.

And every year around August 2, we look forward to seeing Michael and Alexandria reliving their special day, along the shores of West Lake Okoboji.

Mother of the Bride:
Laura Celli

Father of the Bride:
Charles Celli

Grandmother of the Bride:
Kay Harty

Make-up tutorials prior to wedding:
Caitlyn at Okoboji Skin Care