“The 2021 Iowa Miss Amazing Jr. Miss Queen is….Megan Vierkant!” As she was crowned by her sister Maddie, excitement filled the room and her family and friends cheered with joy.

“I was thinking that’s my name! They called my name,” Megan said excitedly. “I was so happy! Everyone was so happy for me!”

On Friday, April 23, Megan competed in the Iowa Miss Amazing contest at Franklin Junior High Event Center in Des Moines. Miss Amazing is a national program for girls and women with disabilities that initially began in Nebraska. Morgan Tooley, state director for the Iowa pageant, said the contest is designed to celebrate the girls’ talents and showcase their abilities.

"Girls and women with disabilities definitely are a group that is not recognized enough—for how amazing they truly are, so that is what our organization is all about," Tooley said. "It's just about recognizing them and showing everyone in the community how special these girls are. Because they deserve to be celebrated just like anyone else."

Contestants are broken up by age and scored in three categories, including interview, evening wear and personal introduction. Participants are required to show an (Individualized Education Program) IEP that shows a special need.

Megan began competing in Miss Amazing in 2013. In 2017, she was crowned Queen in the teen division.

“This organization is amazing, and we have watched Megan transform over the years. The first few years, she was afraid to talk. Now, she is confident in her interactions and loves being at Miss Amazing,” her mother Nancy Vierkant said.

The event takes place all in one day, beginning with the interview portion, which each contestant talks individually with five different judges. The judges watch and listen to how each young woman communicates, their overall confidence level, and the ability to hold conversations.

One of the questions Megan was asked this year was where she would like to go if she could go anywhere. “I said I wanted to go to Disney World with my family and see the princesses and go on rides,” she shared. “The interviews aren’t scary anymore!”

After the interview portion, the ladies have a dance party on stage, learn a routine and practice giving their introductions with the microphone. Lastly, they go through the gown walk. The dance party is Megan’s favorite part. She especially loves meeting new friends and hanging out with her buddies.

“This time allows the girls to feel comfortable on stage, as the next time they are there, they are critiqued,” Nancy explained. “They have so much fun.”

Before the ticketed competitions, Megan was pampered by Maddie, who did her hair and makeup. Megan sang “Girls Just Want to Have Fun” in the bright, stage lights for her talent.

“It’s so bright; it’s hard to see anyone,” she shared.

“There are so many talented ladies,” Nancy said. “One of the crowned Queens is visually impaired and has an amazing voice. She is a dirt track racing fan, and has a platform for bringing braille name plates to the race cars. These girls have such a huge impact on those around them.”

Sisters Provide Buddy Help
Because of COVID this year, each contestant brought their own buddy to Miss Amazing. In the past, volunteer buddies were assigned to each girl and are generally announced on stage prior to the pageant’s start. However, Megan’s sister Maddie didn’t mind the change as it gave her an opportunity to get a behind-the-scenes look and be there for her sister.

“Being a buddy was super fun! I really got to hang out with my sister all day and I love the pageant,” Maddie shared.

Megan’s sister Allison had the opportunity to be a buddy for another Spirit Lake contestant Abby Wilson, who won Iowa Miss Amazing in 2019, and the four of them spent time together preparing for each contest. Maddie and Ally helped the girls get situated and went with them to their interviews, as well as pampered them before the pageant’s final portion.

“It was so cool to be in the interview room, because in the past, I had only heard about the experience. Megan has really grown in her communication skills and how she makes eye contact. She wasn’t making single word responses, so it was very fun to share that time with her,” Maddie added.

Maddie also enjoyed watching Megan interact with her friends, some she hadn’t seen since last year. “I really got to see Megan grow as a person, and it is so cool to meet these girls and see their amazing abilities,” she said. “We definitely had fun at all the dance parties and had lots of smiles and laughs and took fun pictures.”

Before the evening gown competition, Maddie helped Megan with her hair and makeup. She also got to go on stage with Megan and crown her after she was announced Iowa Miss Amazing Jr. Miss Queen.

“I got to crown Megan! It was so amazing to be there on stage with her,” Maddie exclaimed. “It was so shocking and I’m so happy for her!”

Competing at Nationals in July
Nancy shared that she cried when Megan gave her introduction on stage. “She’s gotten so confident over the years.”

Wearing her sparkly, evening gown, Megan confidently spoke into the microphone, “Hi! I’m Megan Vierkant. I’m 23-years-old and from Spirit Lake, Iowa. I have two sisters, Maddie and Ally, and Wylee, a boy dog. I love my family and I love Miss Amazing!”

At the end of the competition, all the girls are crowned princesses. Then one is crowned Queen from six different age divisions. The Queen then represents Miss Amazing for a year, spreading awareness about the organization and any topics the ladies are passionate about. They also compete in Nationals, which will be held in Nashville the weekend of July 31.

Events are separated out throughout the two days. Megan is excited she gets to go shopping for a new suit for the interview portion and is hoping for a new dress for the weekend as well. The event is being held at the Gaylord Opryland Resort and Convention Center in Nashville, and the contestants and their families are hosted nearby and treated to a Gala Dinner.

“I’m very excited to make new friends from all over the country,” Megan said.

Before the competition Megan plans to keep practicing for her interviews and shopping for some new clothes. This talented young lady works three days a week at Pure Fishing, packaging bait and combos and also at Little Hands Daycare, all in partnership with Hope Haven and the guidance of a job coach.

“Miss Amazing is such a positive energetic environment that these girls love. Everyone there makes them feel so valued, which may seem trivial to some, but it has a huge impact on them and their families, especially when you watch them grow in confidence, self-worth, and the ability to speak publicly,” Nancy shared. “We say these girls don’t have a disability but an ability. Megan’s theme is ‘Nothing is IMPOSSIBLE! The word itself says I'M POSSIBLE!’” 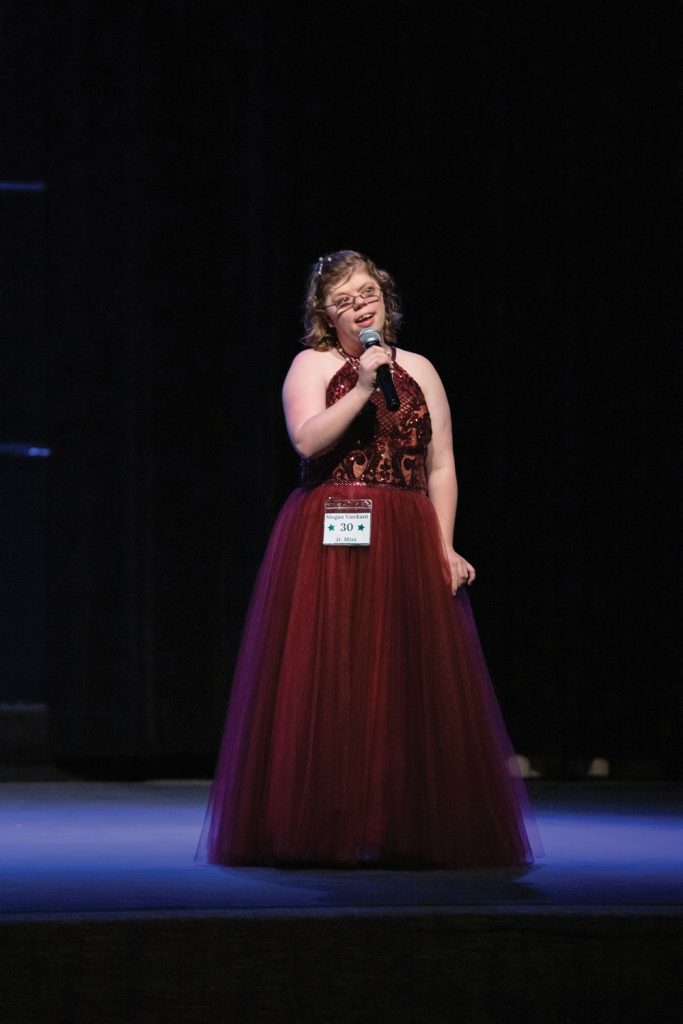 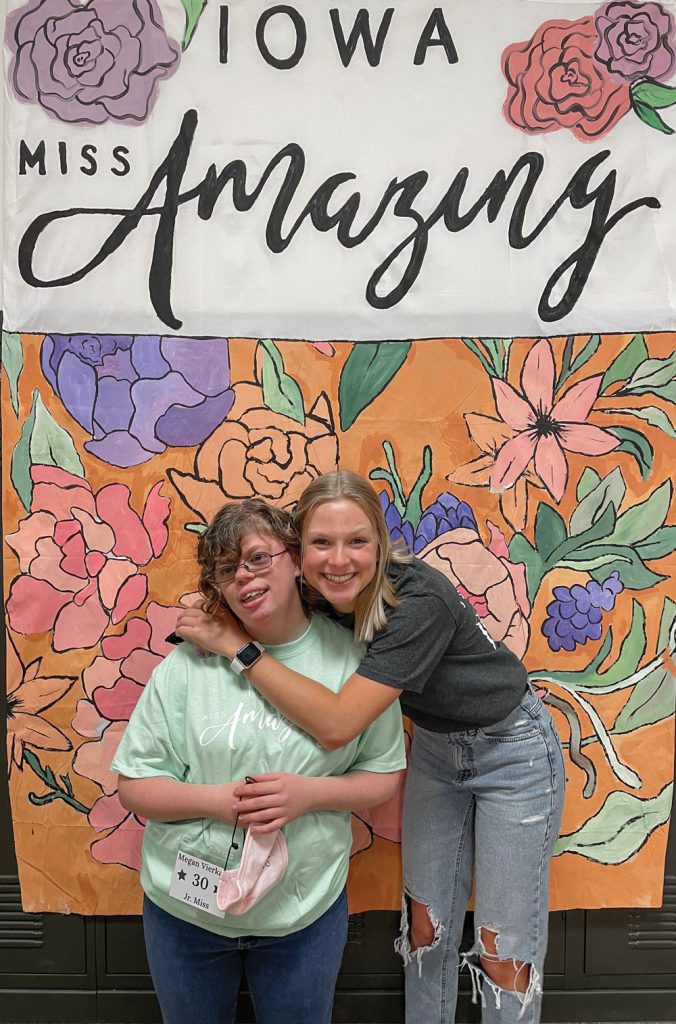 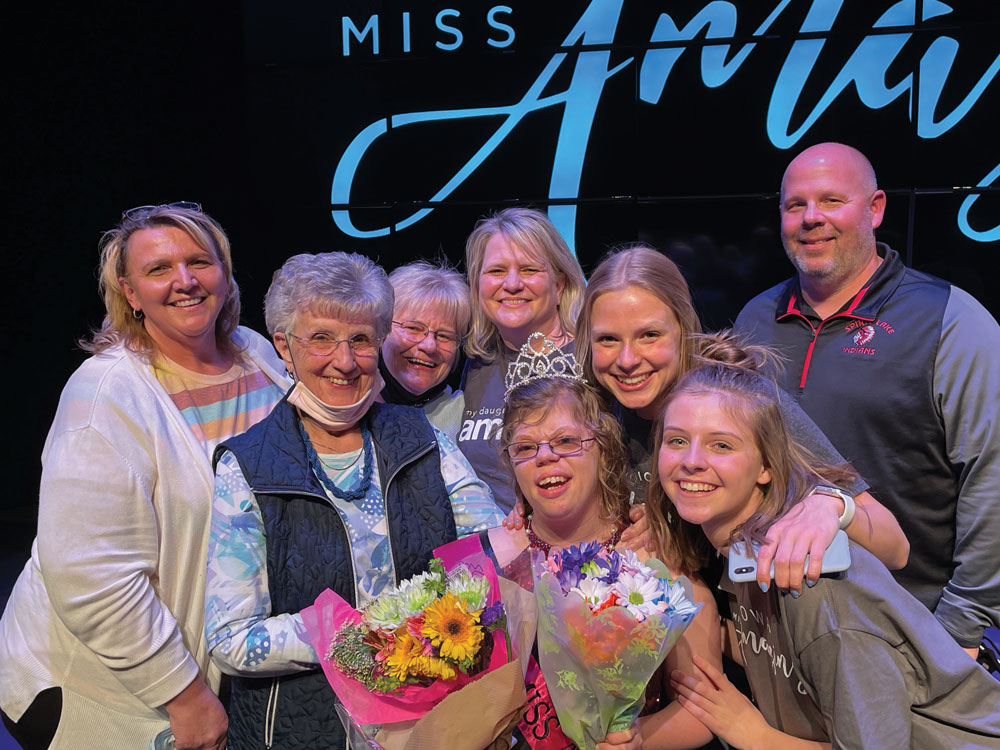 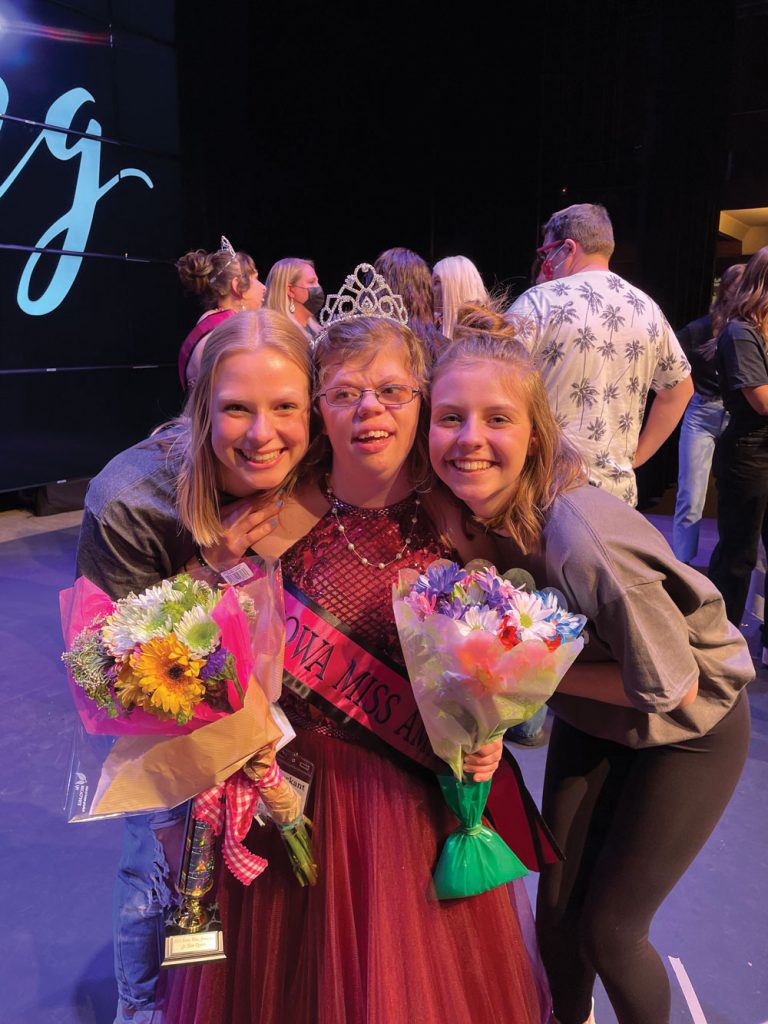 Megan is asked to fundraise $4,000 before Nationals, which will help with travel costs and the overall Miss Amazing organization. Any sponsorship and donation are tax-deductible. Megan has a personalized fundraising page where you can securely contribute saq2021.funraise.org/fundraiser/megan-vierkant or checks can be made out to Miss Amazing Inc. (Please write Megan Vierkant in the memo line). They can be mailed to Miss Amazing Inc., 1109 Parc Drive, Papillion, NE 68046 or to the Vierkant home at 16879 256th Ave, Spirit Lake, IA 51360.  She will be making appearances throughout the year. If interested, contact Nancy at 712-330-4266 for more information.