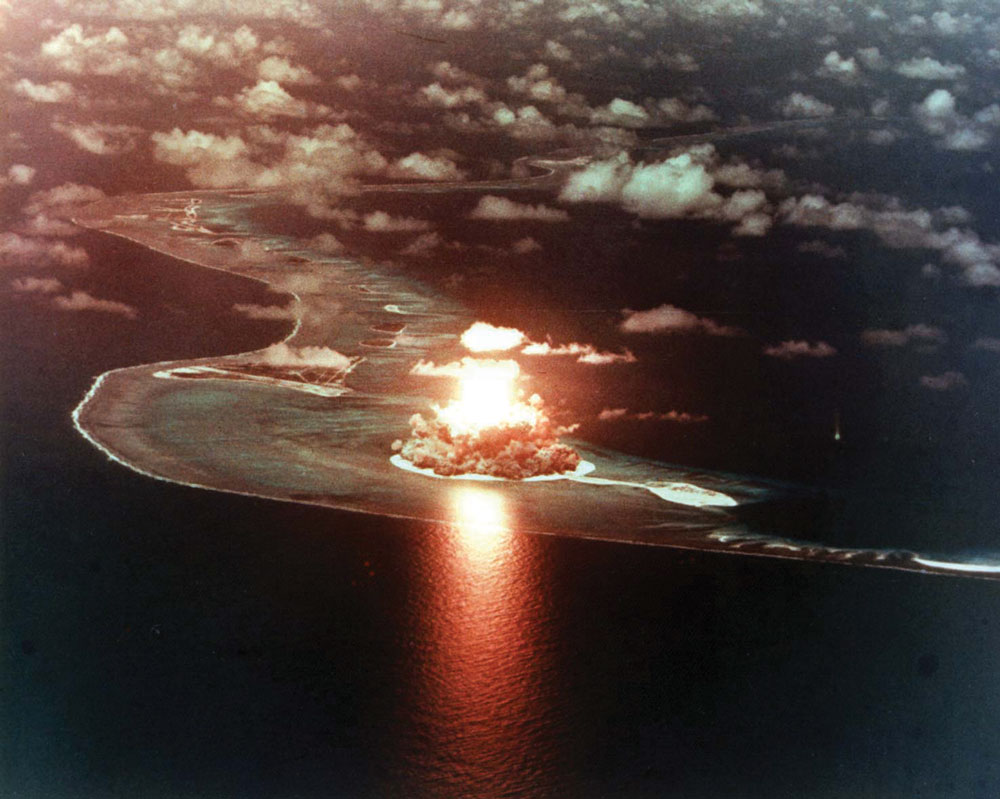 Ron Knutson's Experience With Nuclear Testing
For a year of Ron Knutson’s life, he lived on a mile-long island in the Pacific with 10,000 other people. They rarely could leave and looked forward to their nightly movies, Saturday’s steak dinners, and Thursday’s Prime Rib meals at the connecting Parry Island.

It was 1958 and the international arms race was full speed ahead, with nations operating enormous weapons production infrastructure and weapons labs. Serving in the United State Army, in May 1958, Ron was sent to Enewetak Atoll in the Marshall Islands with Operation Hardtack I under Joint Task Force 7.

“We were willing to give up so much for the great country we live in,” Ron said. “Many today don’t realize the sacrifices that have taken place through the years and continue too, especially those who were in the military. We didn’t get paid very much but we didn’t feel deprived. We were there because we loved our country.”

Following the end of World War II in 1945, Enewetak Atoll came under the control of the United States as a part of the Trust Territory of the Pacific Islands. Japan had occupied the island during the war, and Ron said when the tide was low, they would see old Japanese armor and military vehicles in the lagoon.

“This island was vital to the Japanese at that time, as they used it as a seaplane base,” he noted. “We saw a lot of remains from WWII in the lagoon that had been dropped in right before the Japanese left.”

Ron was a part of Operation Hardtack I, which was one of the last atomic bomb testing sessions that took place at Enewetak. Due to an imminent international partial nuclear test moratorium that later occurred in 1963, there was an increased burst of testing activity on the island, and the United States rushed to test as many devices as possible.

Hardtack I included over 35 tests, centered on ICBM and SLBM missile warheads and high yield strategic bombs. During this series, a total of 35.6 megatons were shot off in Knutson’s backyard.

“At the time, you didn’t know a lot about radiation and what it could do to the body. We trusted the badge on our shirt that it would protect us,” Ron shared. “When it was the morning of a blast, we’d wear our issued fatigues, high density goggles and turn our backs for the initial flash.”

The men could feel the heat of the explosion 10 miles away.

Because the island was only six feet high, there was a surrounding 15-foot sea wall. After an explosion, tsunami-like water would often come rushing back.

“Before and after a blast, my commanding officer would make sure everyone was accounted for,” Ron remembered.

Directly following a blast, planes would fly through the clouds above to collect data and conduct atmospheric testing. They would then return to a neighboring island or land on a nearby stationed carrier.

“They were testing the bombs here because of how remote the islands were and there was less of a concern about fallout,” he added.

Serving His Country
Originally from Estherville, Ron joined the army in 1957. His initial goal was to attend the Army mortuary school at Fort Lee, Virginia. However, when he arrived, he discovered that the school had been closed and was told to pick a new area to explore. He chose the quartermaster section and was sent to Fort Campbell in Kentucky.

He began working in the legal section as a typist until he received orders to go to Enewetak in February 1958. In May, Ron had settled in at Enewetak, working as a clerk at the Post Exchange (PX) on the island, which sold everything but food. The men lived in tents, and everything around them was sand.

“There were no telephones on the island. We used HAM radios. If I wanted to talk to my wife, Pat, and the radio was available, I would call and connect with a HAM operator in Omaha, who then called my wife collect. Anything we said had to end with ‘Over,’” Ron said. “On the island, we didn’t really know what was going on in the States; we had to rely on what we heard from people we knew back on the main island.”

The temperature was generally in the 80s, and there was usually a breeze coming in off the ocean. The radio station on the island was the only building that had air conditioning, so for fun, some soldiers painted a winter scene on the building. Ron said it usually rained at night, so when they went to the movies, they carried along their ponchos.

“When it started raining, we’d stick our poncho on and continue to enjoy the movie,” he shared.

Some of them swam in the nearby ocean, but Ron said most people stuck to the pool.

“They had a shark net surrounding the beach area if you did go swimming in the Pacific,” he added. “The garbage dump was on the other side of the island and during free time, you would sometimes go over there and watch the sharks, especially the Stone Sharks.”

There was little things Ron missed while stationed at Enewetak, such as cold, fresh milk. Sometimes they would get frozen milk which would work for ice cream, but he wasn’t a fan of it for drinking.

“Overall, though, the food was really good,” he said. “Everything came in by plane or by ship. We sold just about everything out of the PX for a really good price.”

Ron said watching the testing was an experience he won’t ever forget. He remembers when one was so powerful that it destroyed a small nearby island.

On June 8, 1958, a month after Ron had been living at Enewetak, the Umbrella test took place, which was a DOD sponsored weapons effects test for a medium depth underwater explosion. The device was detonated on the lagoon bottom near Henry Island, and an underwater crater 3,000 feet across and 20 feet deep was created following the blast.

Ron’s time on Enewetak is an experience he will never forget. “I’d really like to go back and see what the islands look like now,” Ron said.

In the 1970s, the islands were decontaminated for radiation and replaced with new sand. The Marshall Islands were returned to the native people in 1986.

After the Pacific
After Ron’s year was complete at Enewetak, he returned to Fort Campbell where he finished out the rest of his enlistment.

“I was able to walk right back into the job I had before,”
he said.

Over the years, the family always came back to Northwest Iowa to visit and enjoyed a small cabin on Lower Gar with Pat’s parents. The house was eventually winterized and enlarged, allowing Ron and Pat to now enjoy their retirement years back in the Iowa Great Lakes.

“We were willing to give up so much for the great country we live in,” Ron said. “Many today don’t realize the sacrifices that have taken place through the years and continue too, especially those who were in the military. We didn’t get paid very much but we didn’t feel deprived. We were there because we loved our country.” 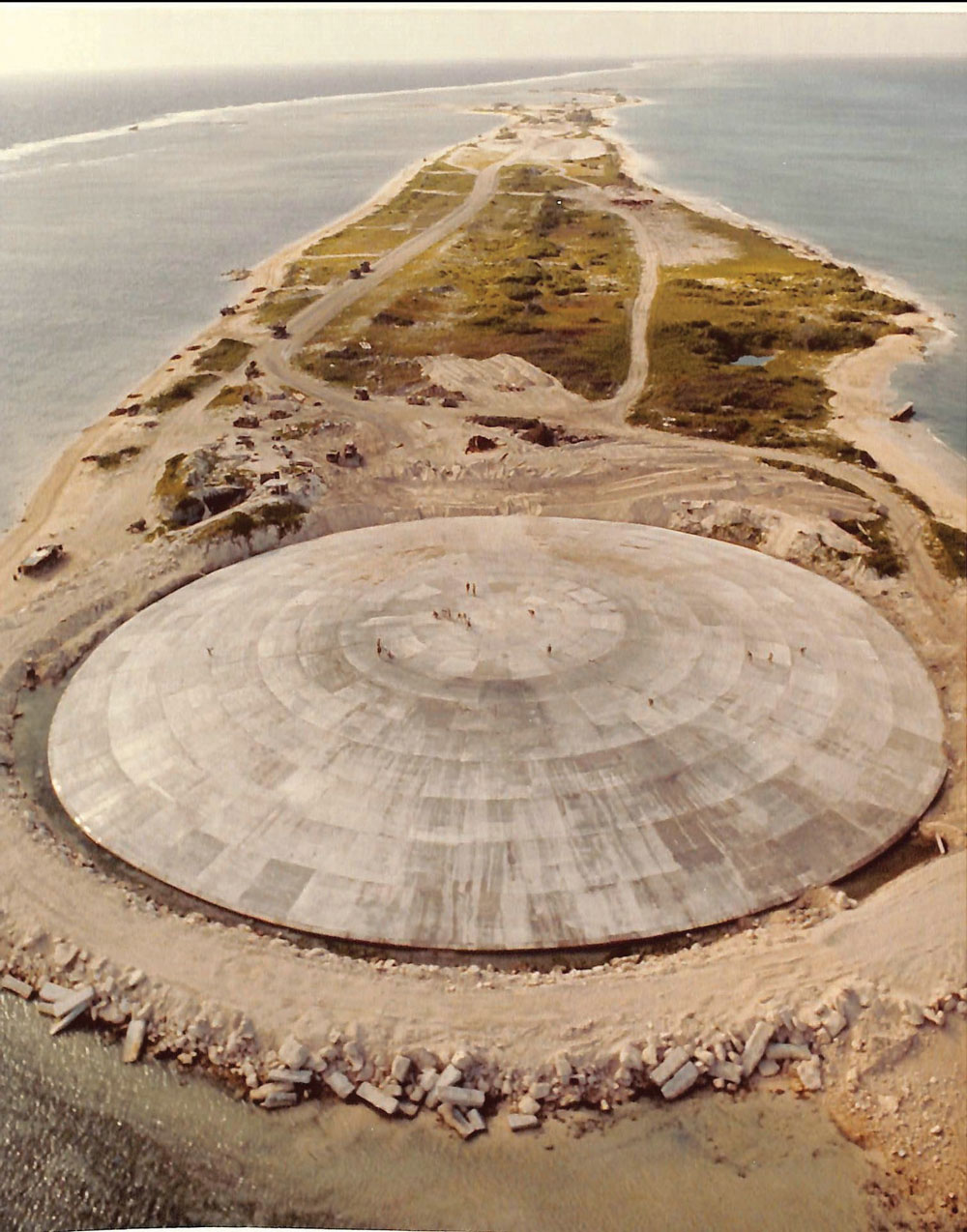 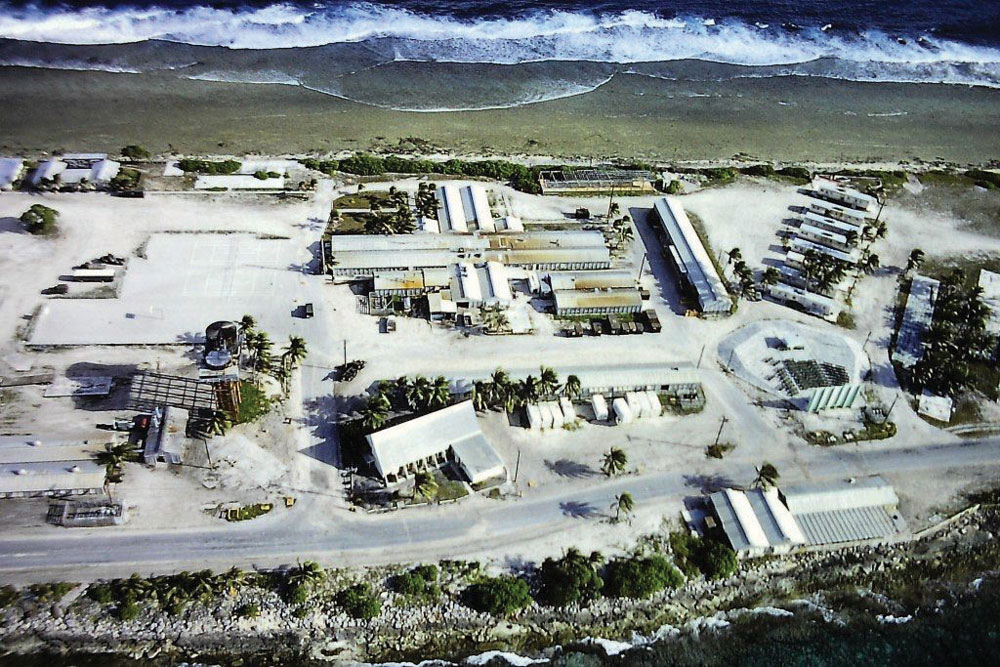