The lakes we enjoy for fishing, boating, and swimming are remnants of a retreating glacier, known as the Des Moines Glacier Lobe. This ice sheet held much of Canada and the northern United States in a frigid grip. As temperatures warmed and the ice sheet melted, it gradually retreated northward, leaving deep depressions in the ground filled with meltwater and deposited sediment rich with nutrients.

These deep carvings filled with crystal-clear meltwater helped create the Iowa Great Lakes like a fingerprint.

“As the glacier pushed down, it cut huge depressions in the ground and what we now know as the Iowa Great Lakes,” said Michael Hawkins, District Fisheries Biologist for the Iowa Department of Natural Resources. “When you look at maps, you can see natural outlets and where rivers of water were located as the glacier retreated.”

“We believe there’s a natural outlet to the west, along the slough, which connects to East Lake Okoboji. Water pools along 140th street,” Hawkins said.

Steven’s Cove is considered another natural spillway, as water flows underneath the sands and into East Lake.

The farthest lake in the chain is Big Spirit, which is approximately 5,684 acres in area and the largest natural lake in Iowa. It’s considered a little over 3.5 miles from north to south and 3.5 miles wide east to west, and the average depth of the lake is around 17 feet, with a maximum recorded depth of 24 feet. Because of its circular shape and large open body of water, the 15.25 miles of surrounding shoreline is less than East and West Lake Okoboji.

Creating Consistent Water Levels
As time passed and land was developed, residents began looking for ways to create consistent water levels, especially with water level variants. For instance, in 1881, the lake was so low, there were talks of how fish couldn’t return. At another point, the Queen I sailed the waters of Big Spirit, docking at Orleans Hotel on the south side of the lake. A water-powered mill was also built in the late 1800s along the shore, in hopes of leveling perceived inconsistent water levels between Big Spirit and East Lake Okoboji.

“During this time, you really have to think of it as the Wild West,” Hawkins said. “People were trying to survive.”

The first Orleans Hotel was built on Big Spirit, located near today’s Spillway Dam. The railroad connected nearby, and many people traveled in by rail for vacations.

“The first hotel was extremely successful, until the water levels dropped down extremely low,” said John Smeltzer from the Spirit Lake Protective Association. “Because it was placed on the water, the people were afraid the lake was going to disappear, and the hotel was shut down. Everything was taken out by rail.”

In the 1911-1912 20th Biennial Report of the State Fish and Game Warden, the first mention of a dam along Big Spirit is named, what we now know as the Spillway Dam, “The screen at Spring Run has been riprapped with stone to prevent washouts during the spring rains. At Spirit Lake, a new dam was built to prevent fish from going into Minnesota.”

In 1944, a concrete outlet weir was built at the Spillway, which Hawkins said was put in place to help moderate the lake levels more consistently.

“They picked an elevation and went with it,” he added. “Following the addition, the Iowa Great Lakes went through an extensive drought, where many nearby shallow lakes went dry. We were 5.5 feet below the crest level.”

The lowest Spirit Lake level took place in Oct. 30, 1935, where the lake was seven feet and five inches lower than the lake’s crest. The gauge height is taken from the top of the weir.

“This was in the height of the Great Depression and the Dust Bowl,” Hawkins shared. “This past spring, we had people questioning the lake levels, and in comparison, we were only two feet below.”

In 1969, the Spillway was redesigned at the same elevation as the 1944 weir, according to a hydrological analysis. The concrete dam is V-shaped and measured 55 feet across.

Many locals remember one of Big Spirit’s highest water levels, which took place during the spring and summer of 1993. From the gauge height, water was four feet and 7.5 inches flowing from the top of the Spillway Dam. It was flowing over the top of the road and many of the homes in-between were flooded.

Hawkins said residents were filling in their basements to provide support and protect against the homes collapsing. At that time, the area was placed in an emergency declaration and the United States Army Corp of Engineers came in and quickly built a side channel to help with the overflow of water, as well as help with the water pooling under the nearby railroad tracks.

“There was a water tunnel formed under the tracks, which in some ways restricted the water from getting south. At points, the water was waist deep on 140th St.,” Smeltzer said. “The railroad tracks served as a barrier to the height of Big Spirit.”

The extra channel was put to the test in 2018, when Hawkins said the area had water amounts similar to 1993. Big Spirit was 1.8 feet over the Spillway Dam and considered the second highest in history.

“It was definitely getting scary, especially for those who remembered what happened in 1993,” he remembered. “However, the side channel performed as well as it could be, and we didn’t have the flooding like we saw before.”

In 2018, another form of protection was the creation of a five-mile per hour wake placed on the lakes, to help protect shorelines.

The past two years, it’s been less common to see water flowing over the Spillway Dam. However, on July 11, 2022, there was a little stream running over into the channel.

“People have been questioning the lake levels, especially this past spring. However, in recent history, we’ve been four times lower than even this year. I think people got used to the Spillway water flowing, as we had consistent flow from 2016-2020, which is one of the longest times we have recorded in history,” Hawkins said. “People also tend to measure water levels by sight and when they see receded water, but we measure vertically.”

Other ways to help protect against future flooding is to protect the area’s wetlands and watersheds or the creation of new ones.

“Before settlement, we had 32,366 acres of wetlands and lakes in the watershed, now there are only 17,930 acres, which definitely eliminates some of the sponge used to protect against high water levels,” Hawkins said.

For more information on how to help protect the area lakes for future years, contact the Spirit Lake Protective Association via Facebook, as well as Hawkins at the Spirit Lake Hatchery at 712-336-0912. 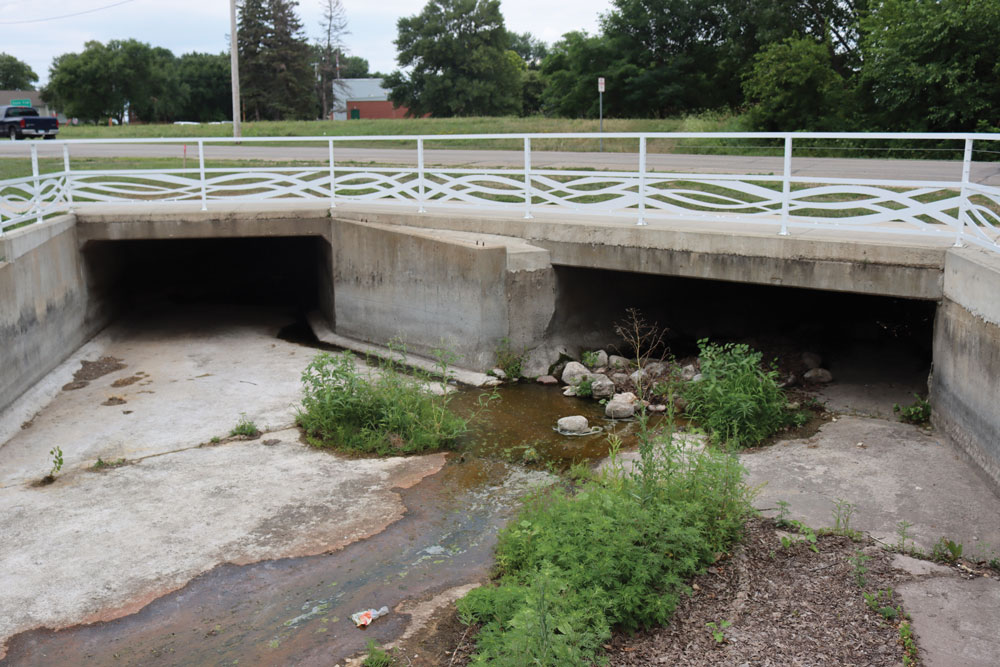 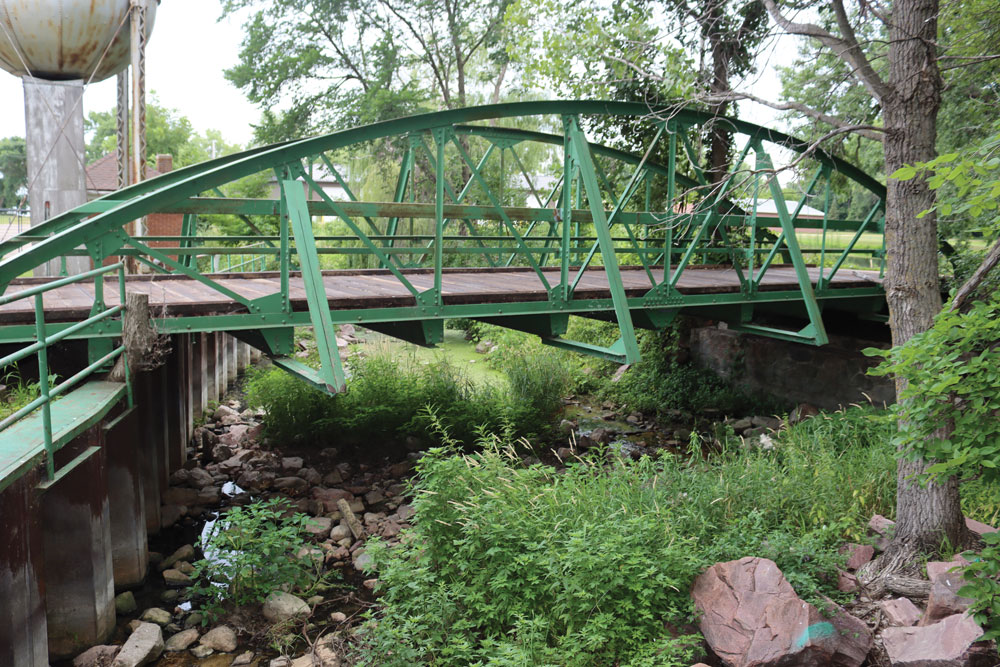