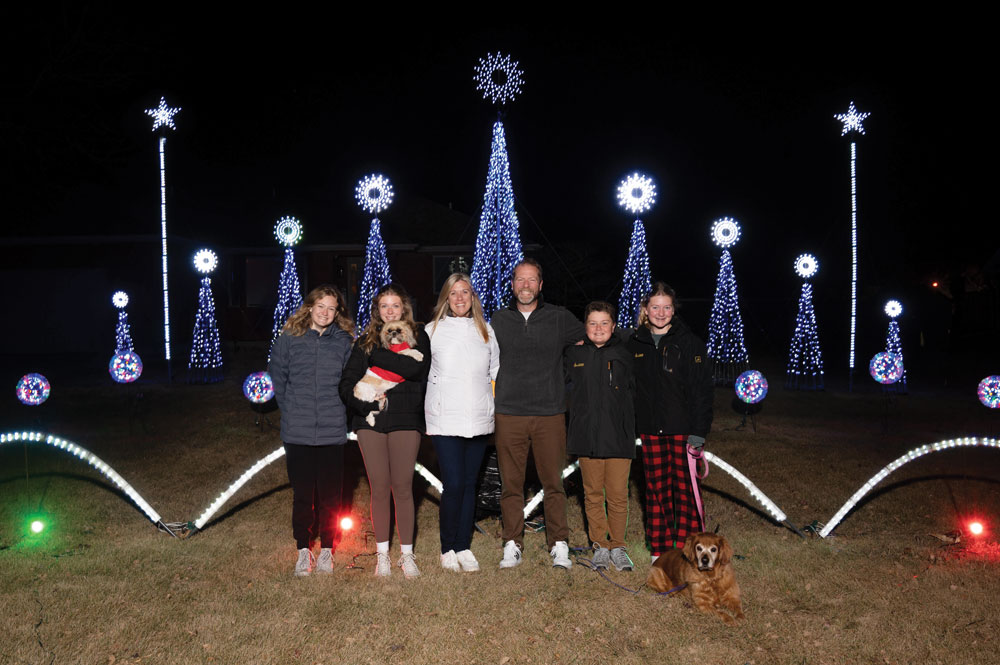 The holidays are often filled with special traditions for many families. The Downing family in Milford loves that their own Christmas traditions create memories for countless families in the area, similar to Brian’s memories as a child.

“Our family loves Christmas time and creating family traditions,” Brian said. “When I was a child, I remember driving down past Sawmill Bridge and visiting a home near Minnewashta. It had a huge Christmas display, and I remember driving past each year to see it. Now, we can do that for other families.”

From the first lighting on Thanksgiving night to January 1, travelers can drive by and enjoy The Downing Family Christmas Light Show, featuring thousands of lights set to 12 different Christmas songs.

The first light show took place in 2014, and for the past eight years, more lights and songs have been added.

“The first year, we first thought about using inflatables and then the conversation turned into a light show. My dad, Dick is a mechanical engineer and all of his life he has built machines and solved problems. He was nearing retirement and had more time on his hands, so he got to work building this,” Brian shared. “I enjoyed creating it with him and this year our son Hudson has really taken to helping with testing and assembly.”

All of the trees and accessories are homemade. The show is run by eight control boxes that direct 128 different channels from a computer in the basement of their home. The computer also broadcasts music via a radio transmitter. There are eight trees and one “mega tree.”

The mega tree uses 16 channels by itself, as much as the eight smaller trees combined. The eight sparkle balls, six hoops, rotating stars atop the trees, two tall poles, spotlights, and string lights are also programmed individually to the music. The nativity at the center is also a focal point. The trees are anchored into the ground to limit the impact of wind. They begin testing and setting up in late September and complete setup in early November.

“A layer of snow on the ground at Christmas always makes the lights twinkle a little brighter,” Brian said.

He encourages families to park alongside the road or to watch from the driveway. The process to program a song to lights is a bit tedious and time-consuming, as it can take two or three hours to complete each minute of a song.

The family has created two different shows, alternating songs every other night. Brian has designed many of the songs, but their daughter Grace has programmed several songs and this year is working on “Sleigh Ride” by Meghan Trainor. 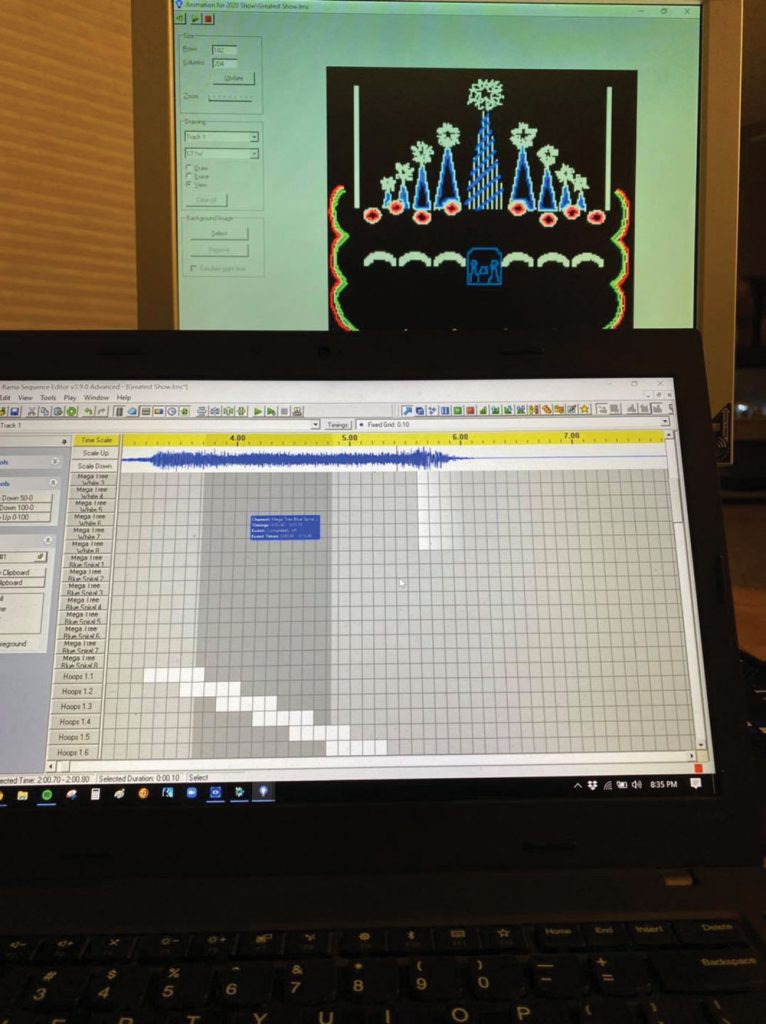 “Each song looks like a spreadsheet on the computer. Each column

breaksthe song into a tenth of a second and each row represents a different channel. You start to look for patterns in the music and envision the sound with the lights,” Brian explained. “We try to pick family favorites and songs that are special to us.”

“Obviously that one isn’t actually a Christmas song but it seemed to fit and turned out great. We have had lots of kids say that is their favorite,” he said.

The Downings enjoy showering the community with this labor of love. Last year, they used the show to raise funds for The Humane Society of Northwest Iowa. Hot apple cider and hot chocolate were offered to visitors and all proceeds from the freewill offering went to the Humane Society.

“It was Annie and Grace who came up with the idea to give back to our community. People were so generous, and we were able to give over $600 to the Humane Society in a few hours,” Brian said. “Our family had a blast running out drinks to cars too.”

The Downing Family Light Show not only creates traditions for their family but special family moments for the entire Iowa Great Lakes area.

“I love that we can create something special for families to do together at Christmas,” he added. “Our kids have grown up looking out their windows each night to see how many people are enjoying the show. For us, it’s become such a fun family tradition to enjoy!” 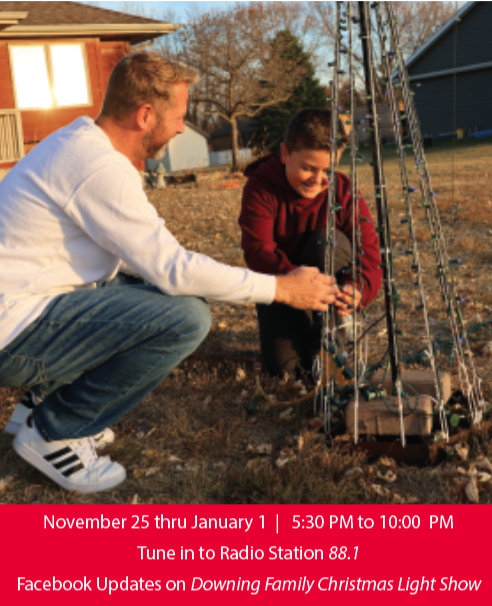