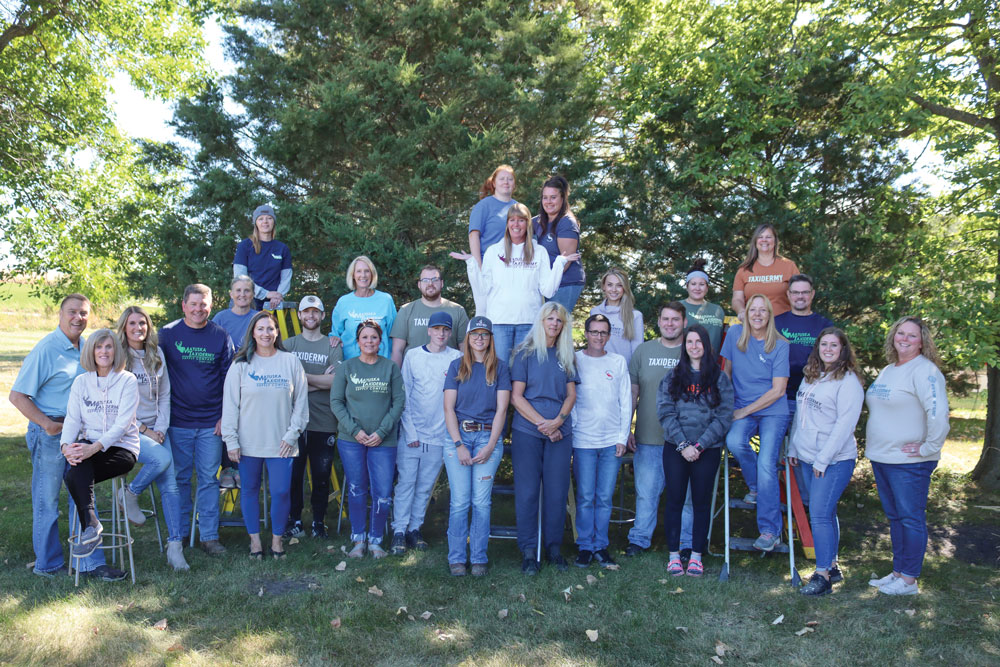 Meticulous perfection. Tom Matuska shapes each individual hair onto the form, creating a realistic masterpiece that showcases passion for nature and the wild. Since 1974, Matuska Taxidermy has been crafting authentic mounts, as well as teaching future taxidermists and developing a growing company that supplies the world with taxidermy supplies and art products.

The taxidermists at Matuska's have created some of the most realistic mounts in the industry. One of the more memorable projects was mounting Kevin Costner's horse Cisco from the movie "Dancing with Wolves." Award-winning taxidermists, Tom and his coworker Brett Wingfield mount local and regional trophies, as well as African species. They also work closely with the United States Fish and Wildlife Visitor Centers, creating displays that include endangered species such as eagles, hawks, protected songbirds and other exoctic animals.

“My true love is taxidermy, and I can’t imagine doing anything else in life,” Tom shared. “There are so many aspects of being a taxidermist that make it interesting – painting, sculpting, carpentry, sewing, engineering, zoology, tanner, and a chemist.”

Childhood Dreams Spur Lifelong Career
One of the reasons Tom may love recreating fish stems from a childhood experience, where he caught a largemouth bass fishing at the family cabin 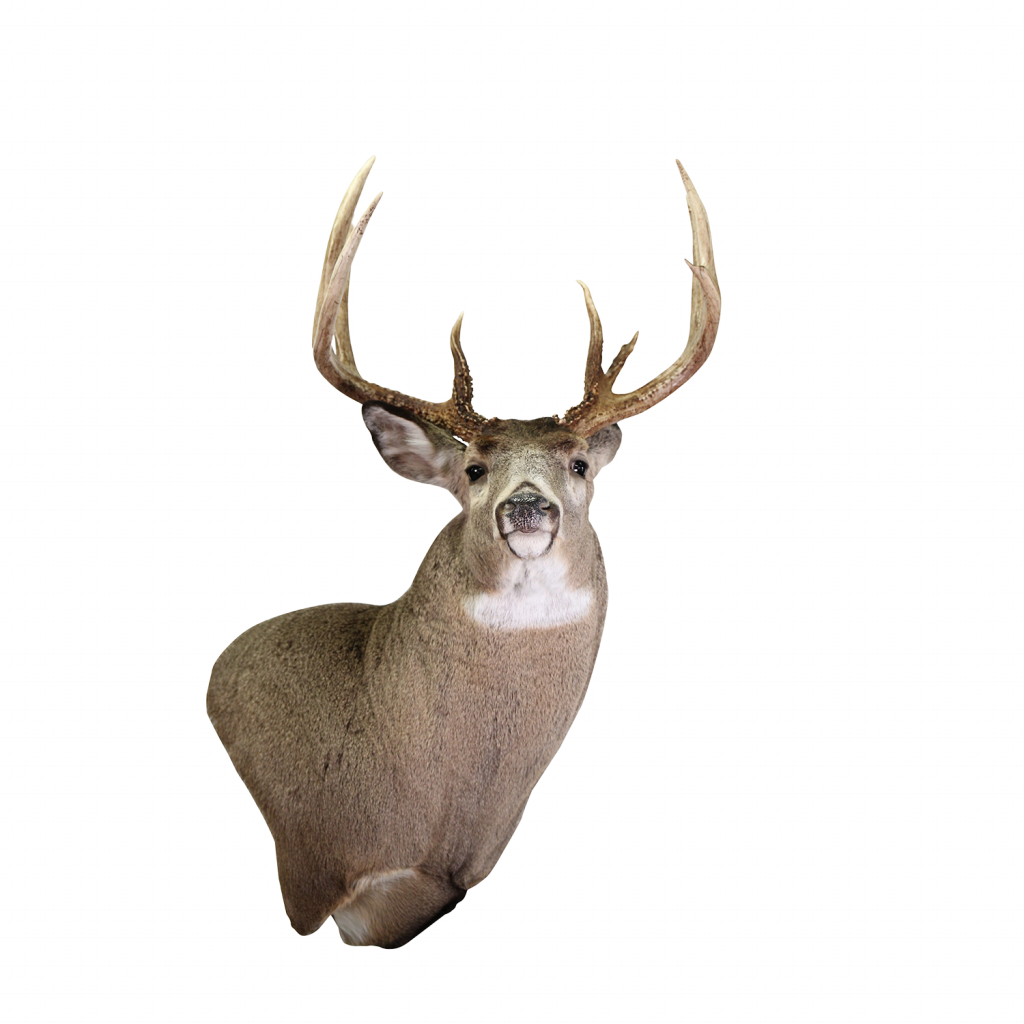 on Spirit Lake. His brother Don later had the fish mounted for the 12-year-old.

“I was so excited! I thought that fish was the coolest thing ever, and I said I have to do that,” he said. “Then after seeing a duck recreation, I thought I can do that better.”

His mother ordered him a mail order taxidermy course and enrolled the 13-year old, which kindled his passion for the craft. After attending Southwest Minnesota State and Jackson Voc Tech, Tom then enrolled in  the Rinehart School of Taxidermy in Janesville, Wisconsin. His love of taxidermy was cemented, and he continued to hone his artistic and technical taxidermy talents.

In 1976, Matuska Taxidermy Studio debuted in the basement of Tom and Vicki's home in Spirit Lake.

As business grew, the couple rented a small commercial shop along Hwy 71, across from Lakes Regional Healthcare. This was where The Northwest Iowa School of Taxidermy got its start. As the business and school grew, the couple was soon out of space, and a decade later, they built their current studio on a 26-acre piece of farmland. As the town of Spirit Lake spread out, Tom and Vicki worked with the city to develop the area, which included streets, sidewalks and insfrastructure. Various businesses soon moved in, and the farmland became commercialized. The Matuska property also changed and now has numerous buildings and storage areas that house the taxidermy studio, showroom, office areas, manufacturing facilites and supply company.

“One of the reasons Tom has been so successful in his work is he is a perfectionist and has a critical eye that’s above the average,” Vicki added. “Because of his talent, people are willing to wait for their project.”

Sharing the Love of Nature
What started as a small premier studio in a basement, Matuska Taxidermy 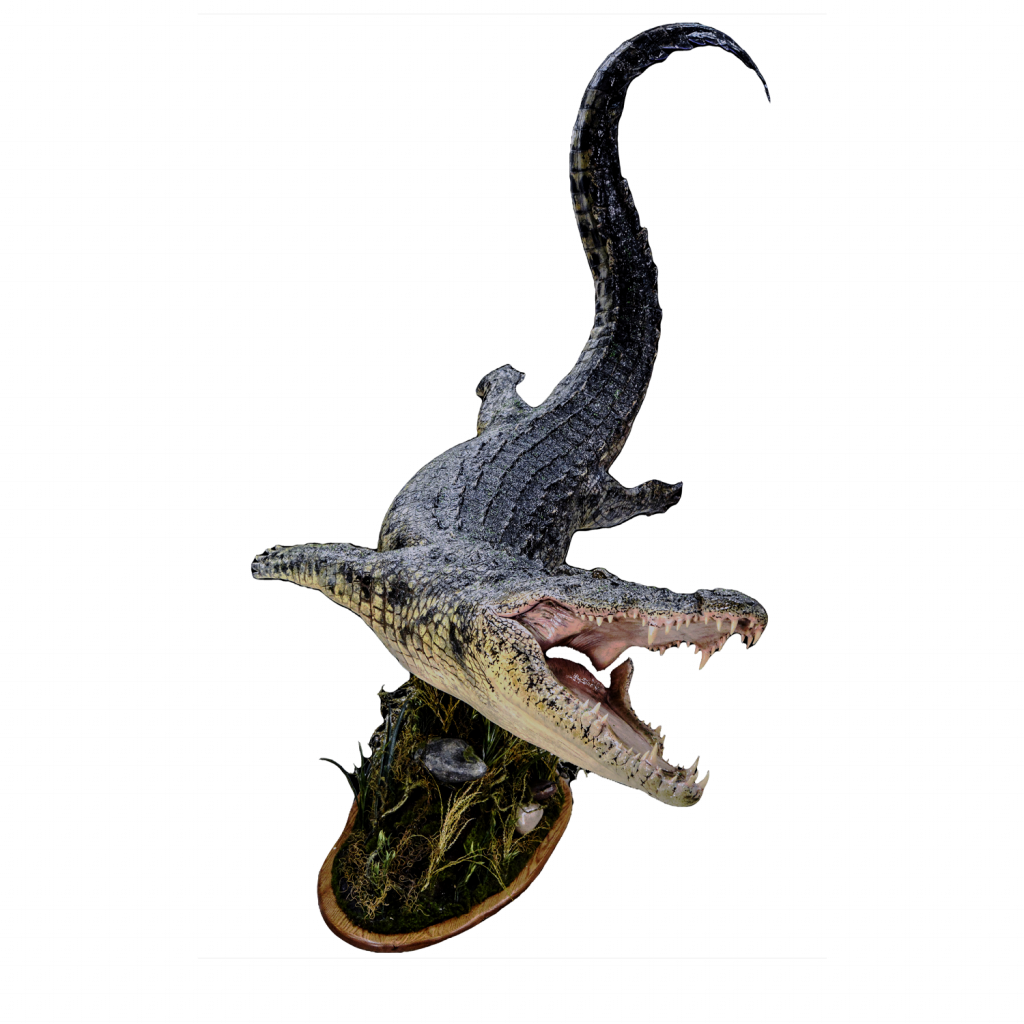 grew into a prestigious school of taxidermy and a source of top-end taxidermy and art supplies that are manufactured on the property and sold worldwide. Tom's talent combined with Vicki's educational background helped develop the Northwest Iowa School of Taxidermy's curriculum. It became a leading taxidermy school that has taught hundreds of students from around the world. The nine-week course taught students not only coast-to-coast, but also from Mexico, Canada, Germany, New Zealand, Australia and Great Britain. Students learned countless lessons from the world-renowned taxidermist and the Matuska staff, gaining knowledge in all facets of taxidermy, as well as business practices.

Vicki commented, "Many students expressed surprise at how much detail went into taxidermy — it took much more effort than they envisioned. But in the end, they loved learning the processes and took a lot of pride in their finished projects." 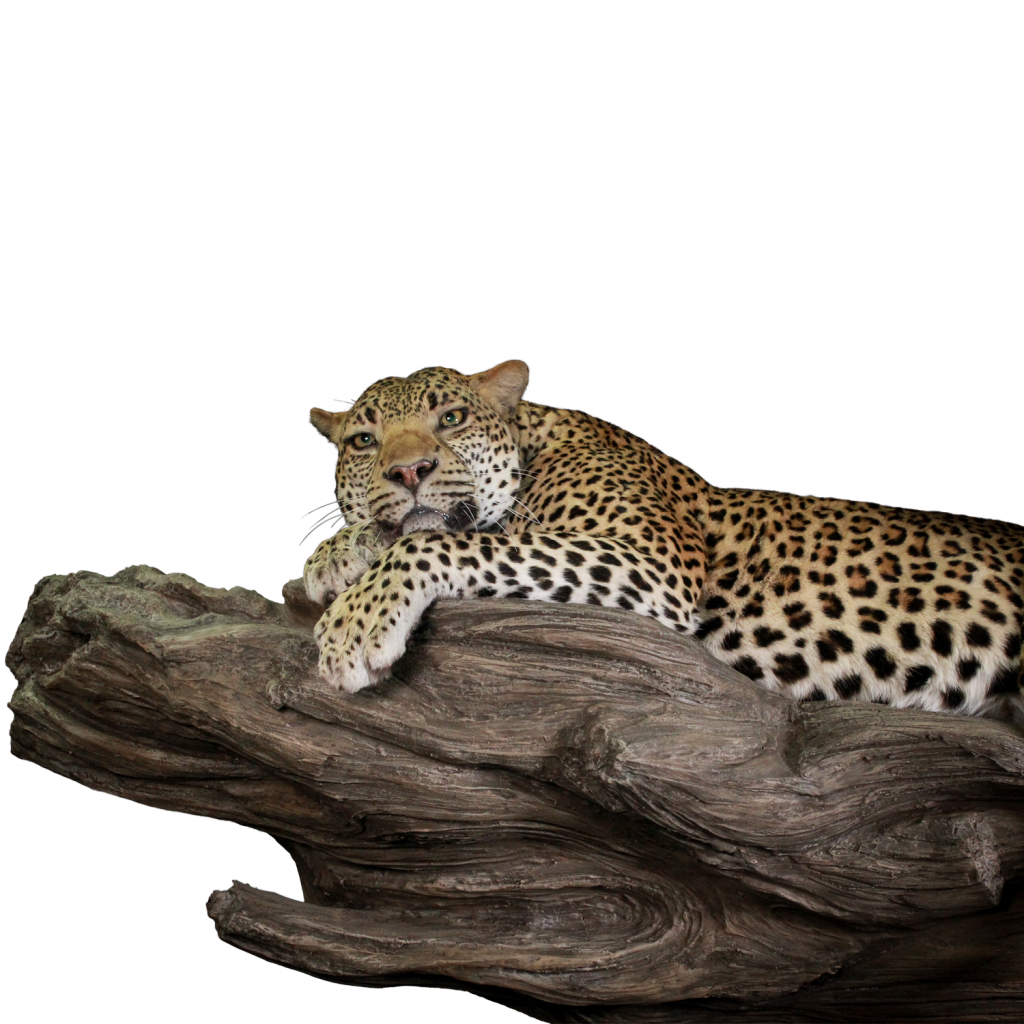 tax · i · der · my [Greek Word: taxi, to move +derma, a skin]. Noun: The art of preserving and preparing the skins of animals with lifelike effect for the purpose of education, display, or study.

Taxidermy is primarily used on vertebrates and takes the form and purposes of hunting trophies; natural history museum displays or to record species in the form of study skins and life-size mounts.

When Tom or a fellow taxidermist receives a potential animal, they work hard to recreate and preserve it for years to come.

“We tan and treat the skin and mount it on a form that resembles the animal. Then we rearrange the skin of the animal into a life-like form onto a prototype and add artificial eyes and ear liners,” Tom shared.

Although the supply company remained in operation during COVID-19, the school was suspended, and at this time, there is no plan to continue the residential classes. In an effort to continue educating, Tom and Brett offer "Thursday Facebook Live" where they feature new products, techniques and tips. Past segments are archived in YouTube and feature over 16,500 minutes of free taxidermy training. 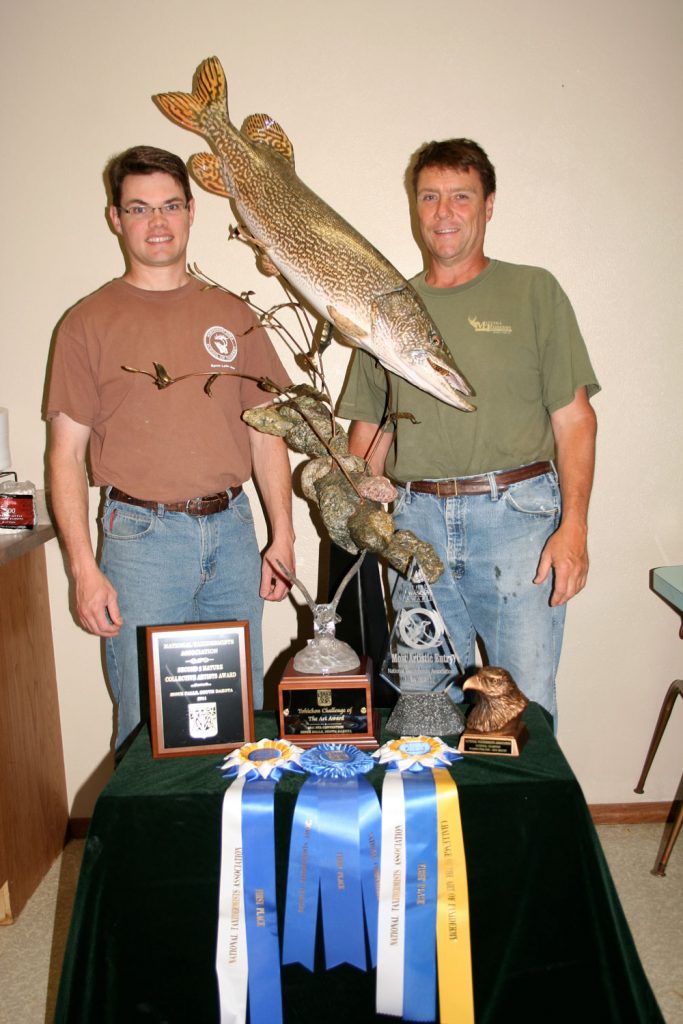 Supplying the World
While both Tom and Vicki's children, Marc and Mandy, grew up and worked at the Matuska Studio, Mandy returned after college and is a vital part of the supply business.

"After college, I started helping at the shop to help pay off my college debts and kept learning different aspects of the business," Mandy said. "I absolutely love being a part of this growing company that my parents started."

Tom added, "We have a lot of fun around here, and with 30 employees, no one day is the same."

Mandy continued, "It takes more than 30 employees to run the business efficiently. We have more than 5,000 products that we ship to taxidermists and companies that order our supplies from around the world. In fact, we are shipping pallets, not just nationwide, but also to Europe. In reality, we are like a huge craft store that serves not just taxidermists, but woodworkers, hunters, and hobbyists."

"The Matuska Supply Company is the area that has grown the most and keeps us on our toes," Vicki shared. "We manufacture on our premises original sculptures, manikins, ear liners and wildlife products. Our goal is to provide the finest products available on the market to the taxidermists at a reasonable price."

While countless vehicles speed past Matuska Taxidermy on any given day, most are unaware of the scope of the company’s ongoing operation. But to Tom, the love and passion he gained for taxidermy while young continues to flow through thousands of students, his studio and the family business, taking what started in a basement to a company that impacts people throughout the world. 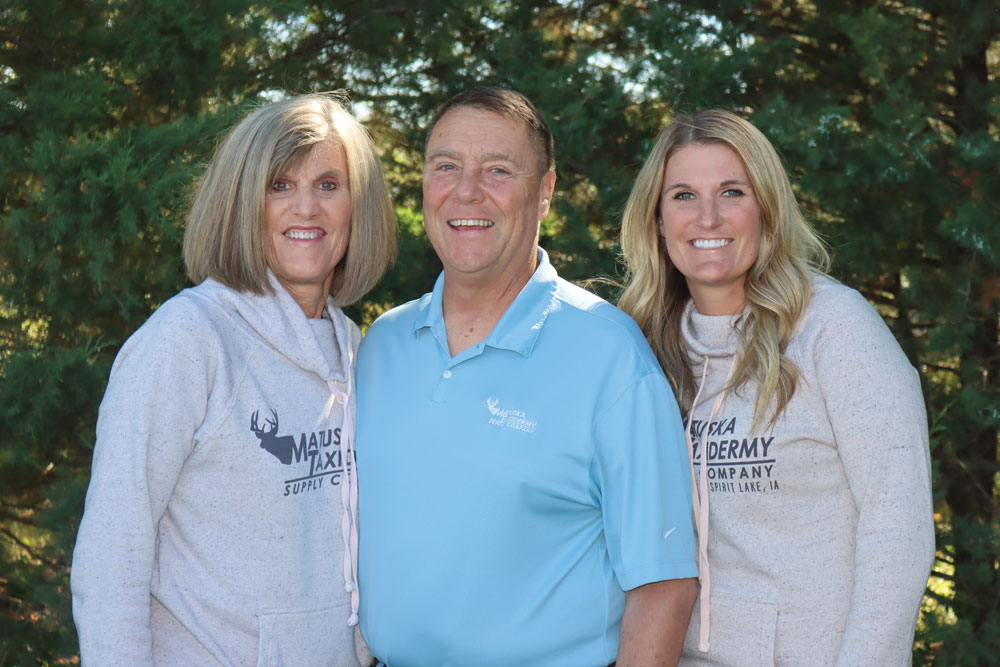 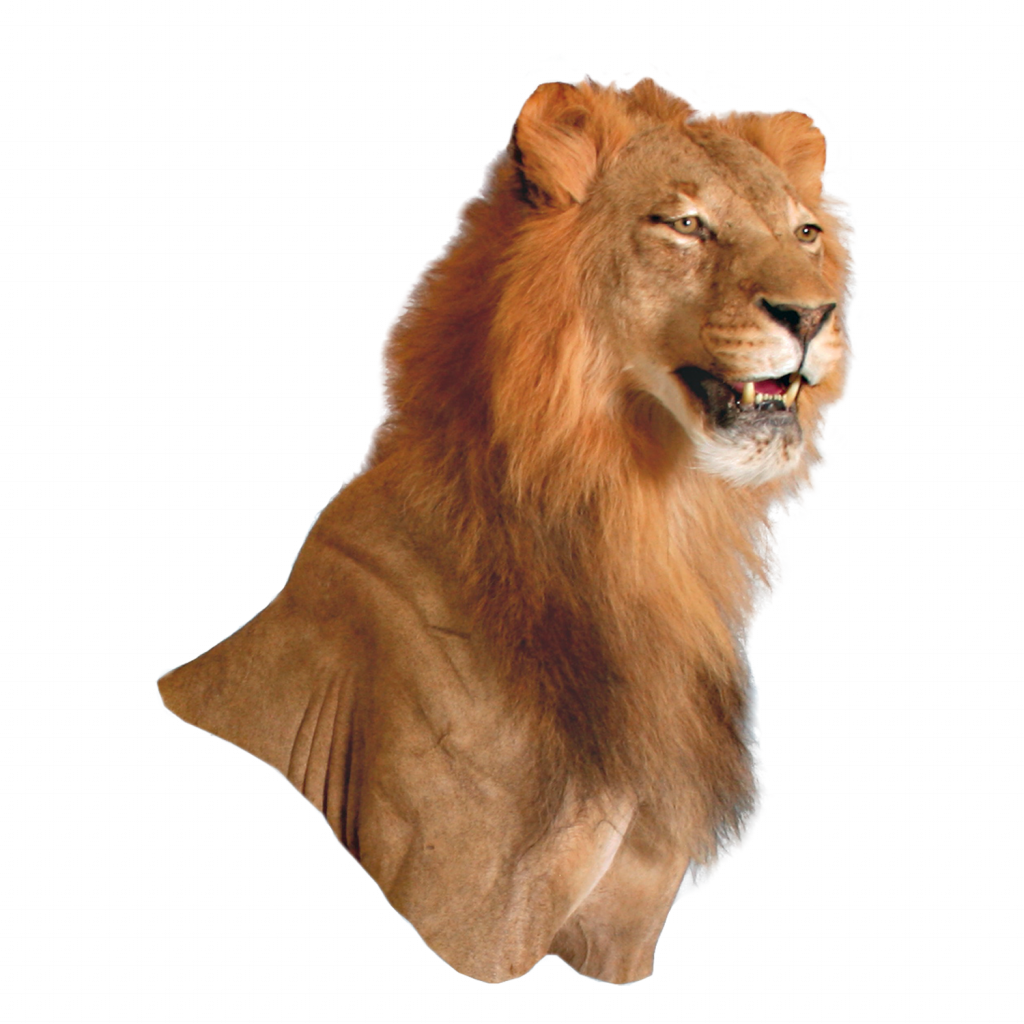 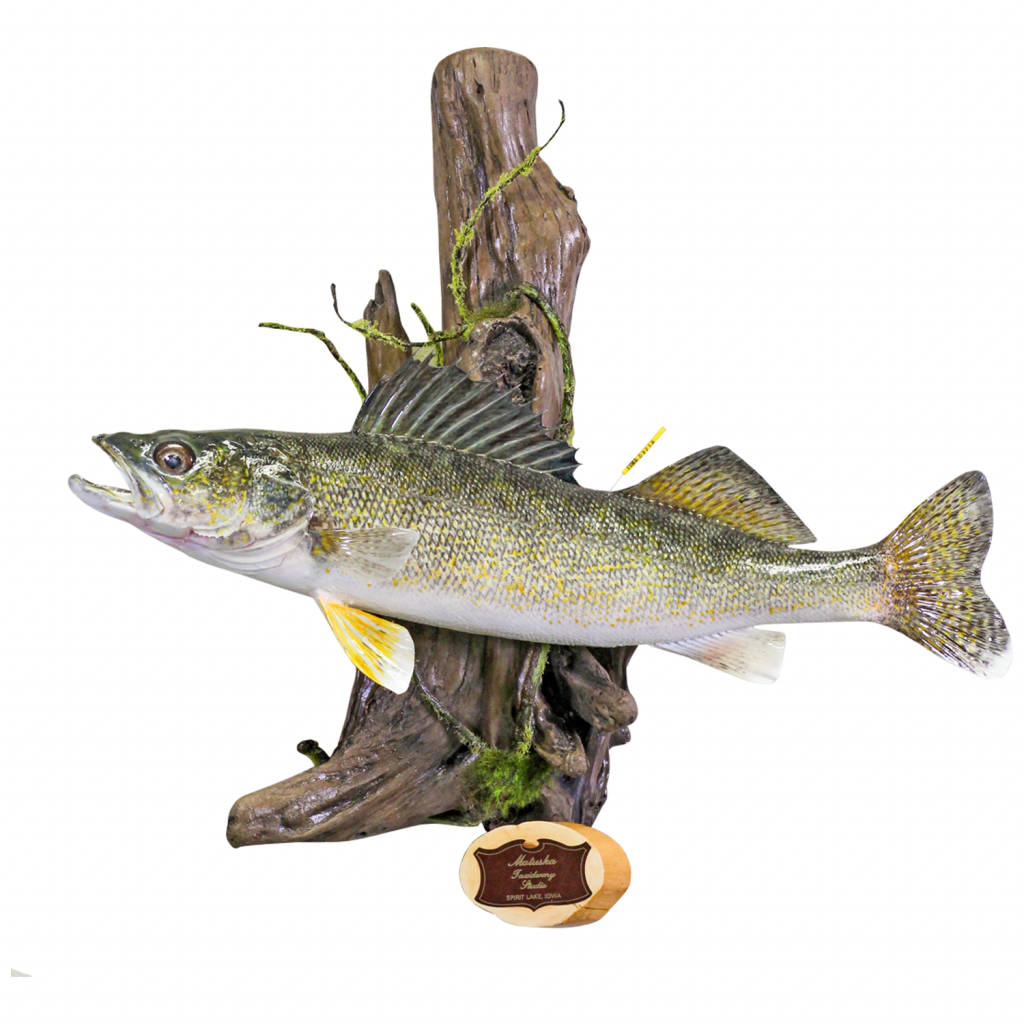 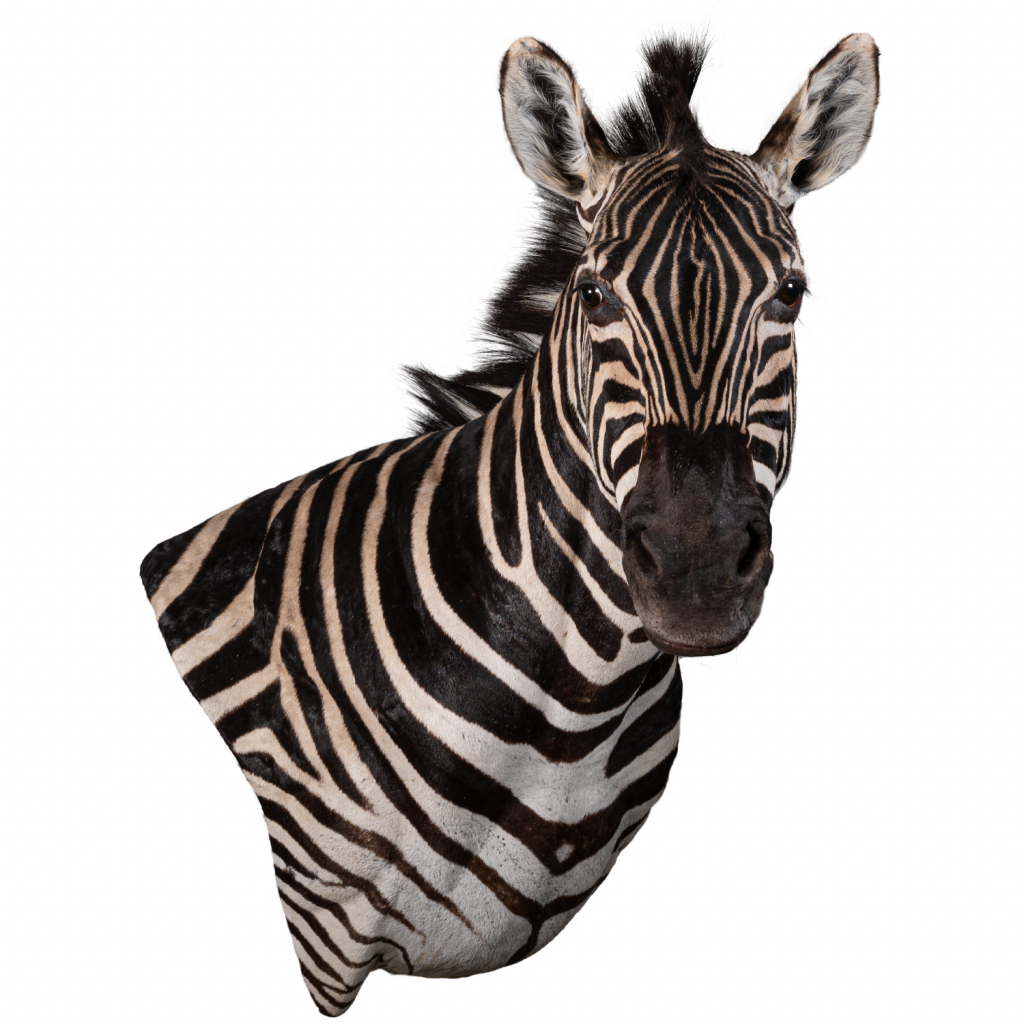